Posted May 14 by Kirthana Kumar under Main course, Pasta, Vegetarian 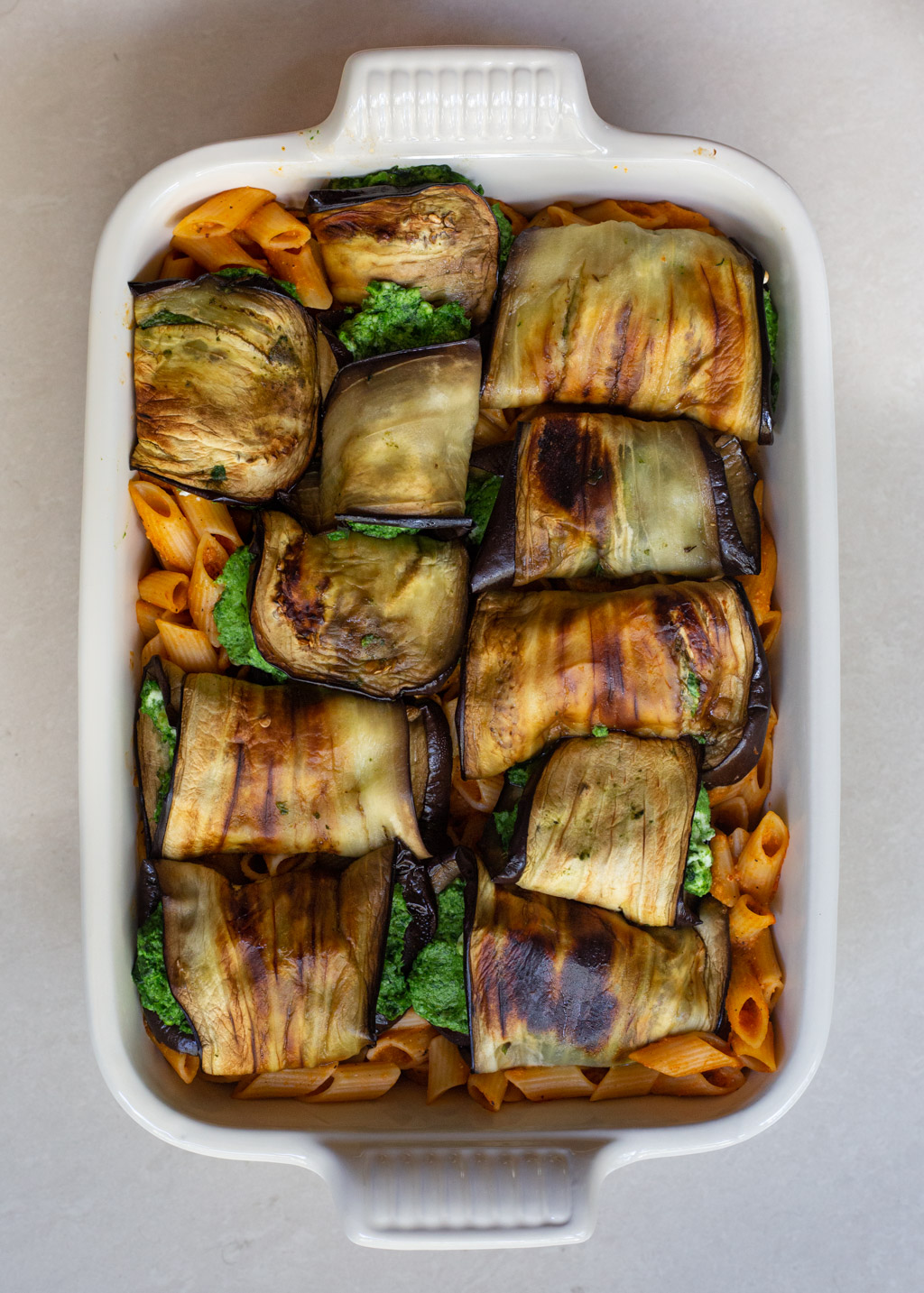 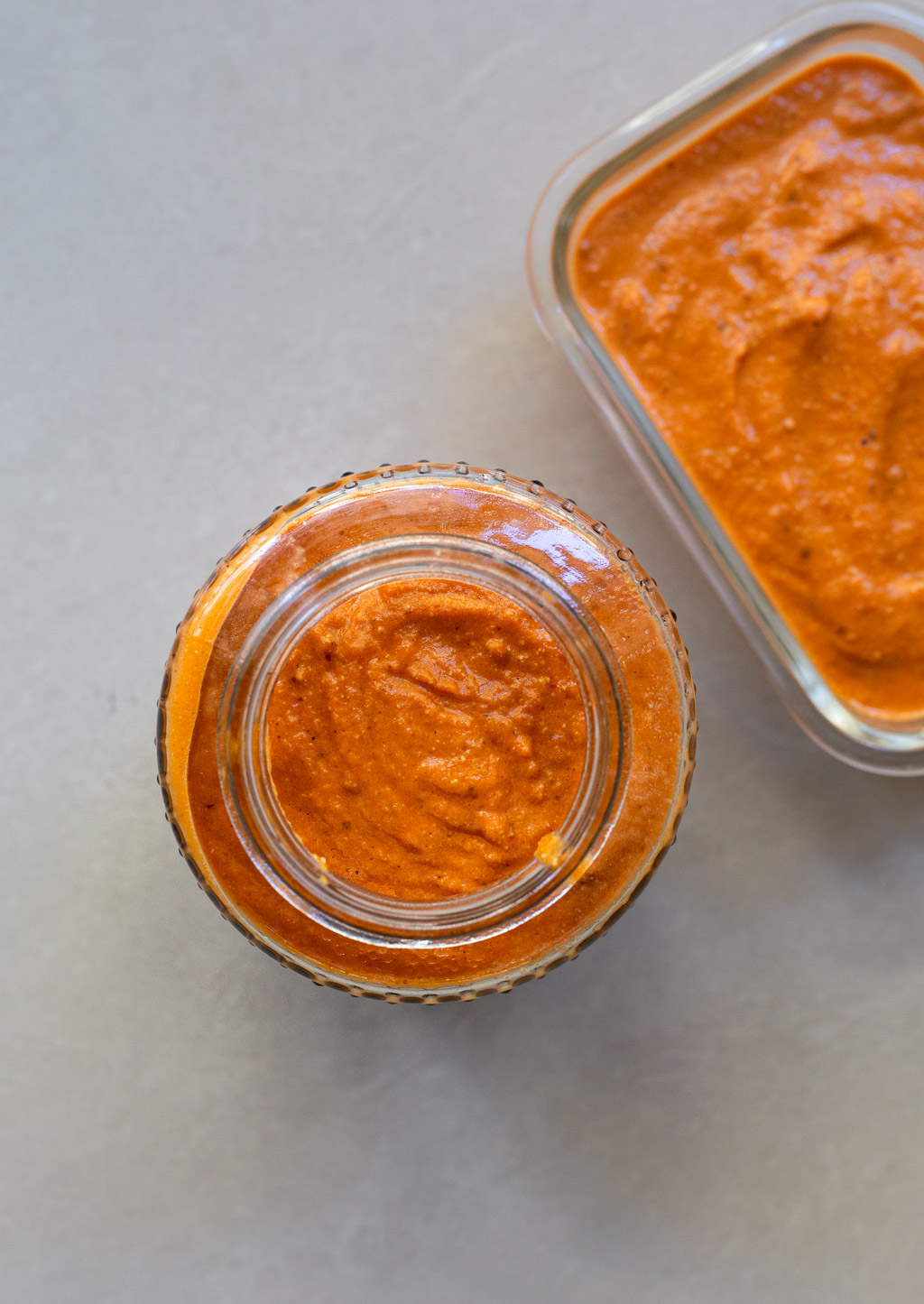 This paneer and spinach filling is a staple in our house. Which I’m sure is apparent by now. I’d like to think of myself as someone that can make one component work in multiple ways and in multiple dishes. On the flip side, isn’t that the very definition of being a one-trick pony though?! (My track record for making French toast 1524 different ways doesn’t help my case one bit here.)

I use this filling in everything: to stuff banana peppers in a bake, as a sauce in pasta, and now rolled into this involtini. I almost always make extra too and store in the fridge and spread over toast for breakfast. 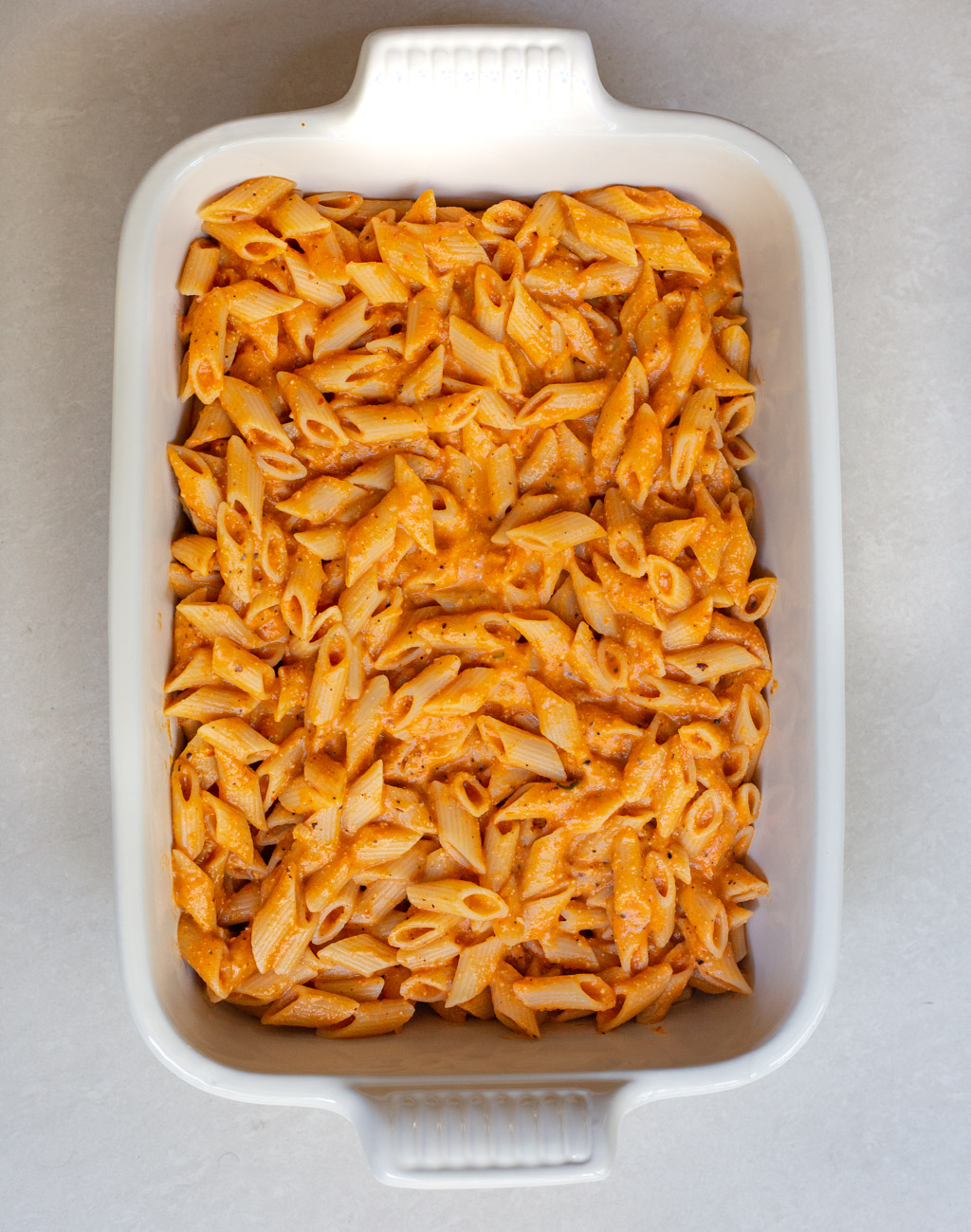 The eggplant involtini rolls look and sound cumbersome to make but they’re anything but. Slice the eggplant into thin strips and roast them in the oven. No salting and pan-frying required; doing this in the oven eliminates that tedious task altogether. Once the eggplant slices are nicely browned, you dollop some of the filling onto one corner and roll them up snugly to be placed on your pasta. As much as I love the banana pepper version of this dish, I’ve got to say, you don’t need any deft handling with eggplant like you do with those delicate peppers. 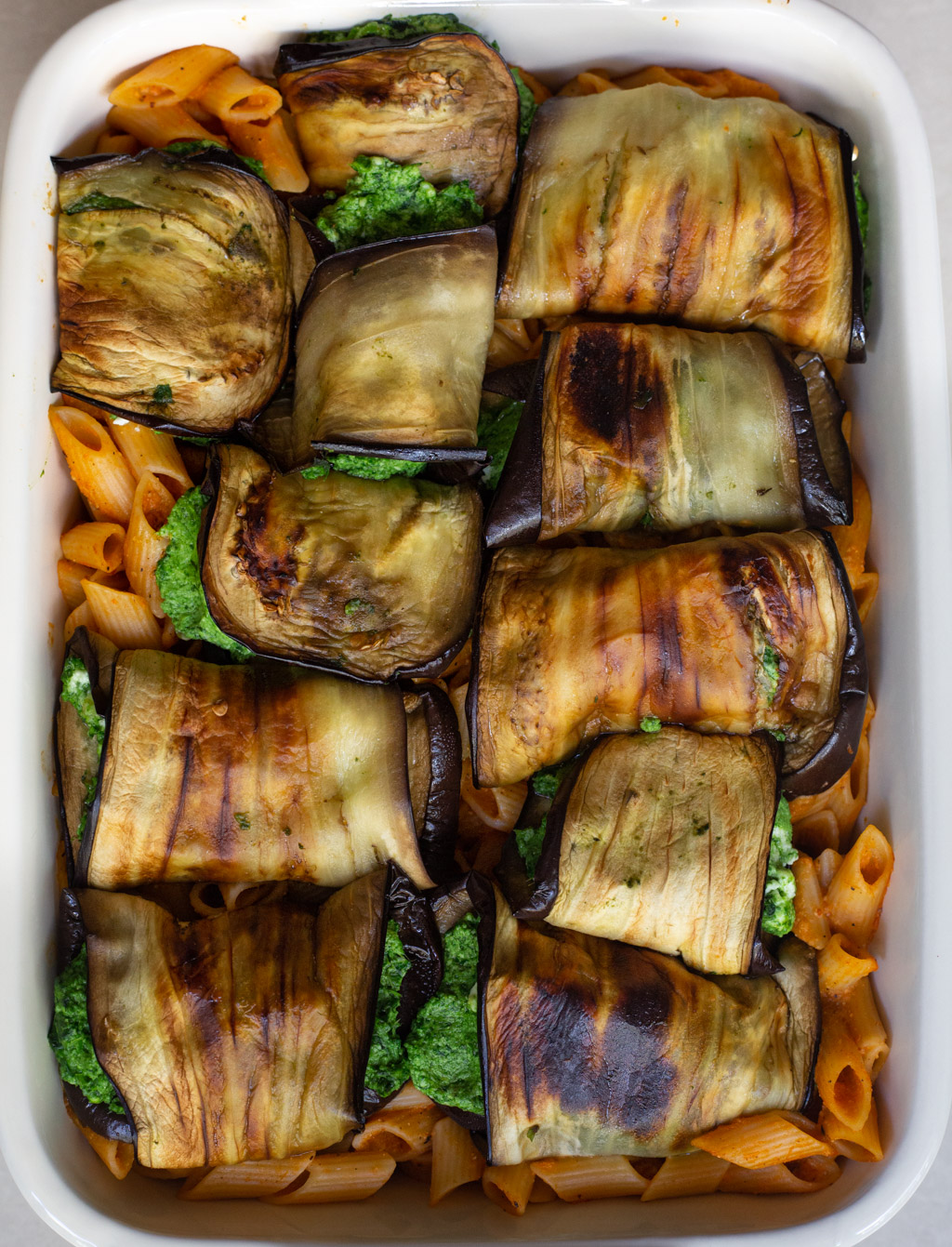 I use my roasted red pepper and tomato cashew sauce in this recipe. The sauce makes a double batch and I store it as a thick paste without loosening it (mainly for ease of storage). To use, just add enough water to get the consistency you want. Just a quick note though – as the pasta bakes in the oven it has the tendency to dry out a bit. Thin it out a little more than you normally would before baking. 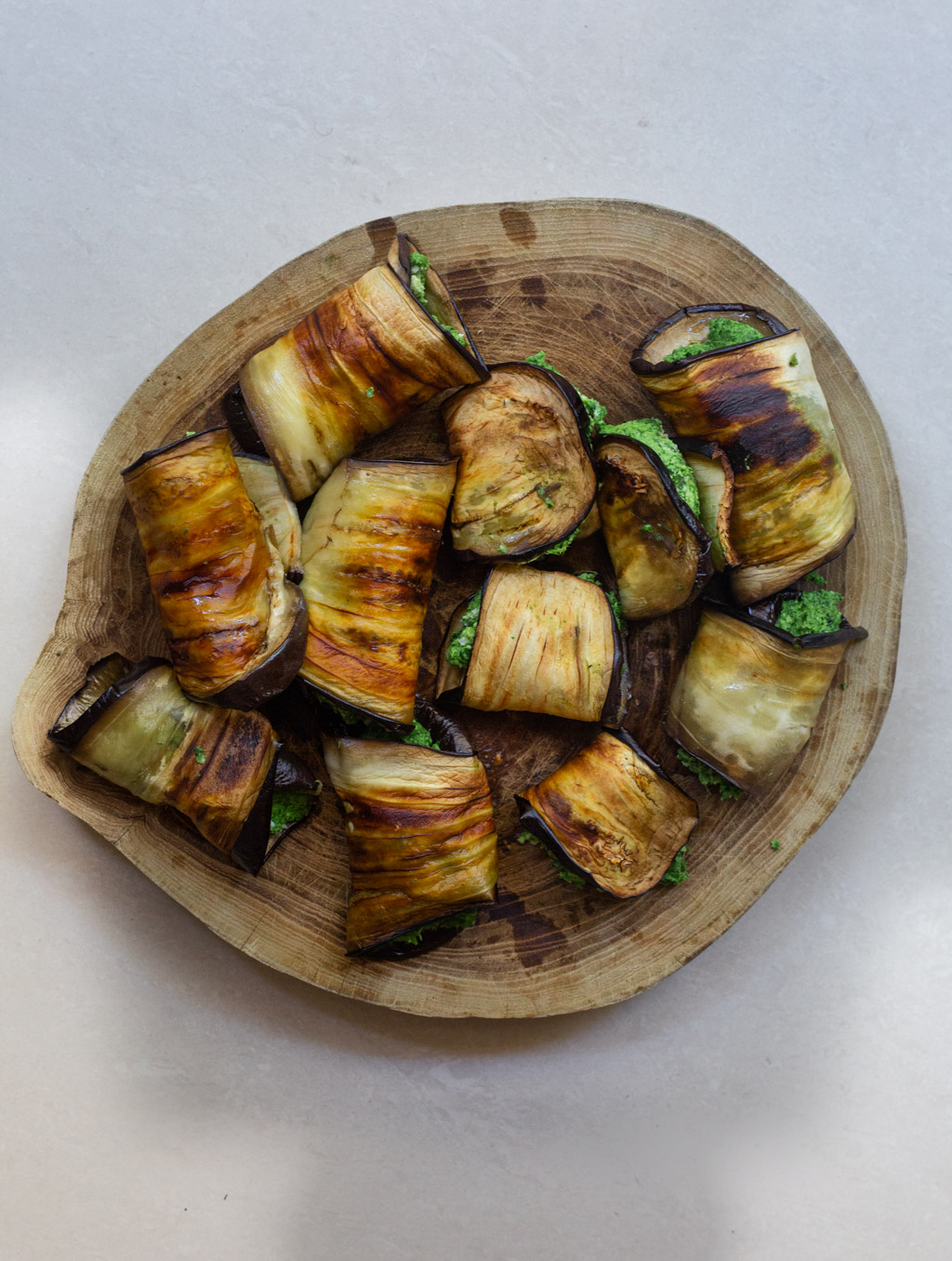 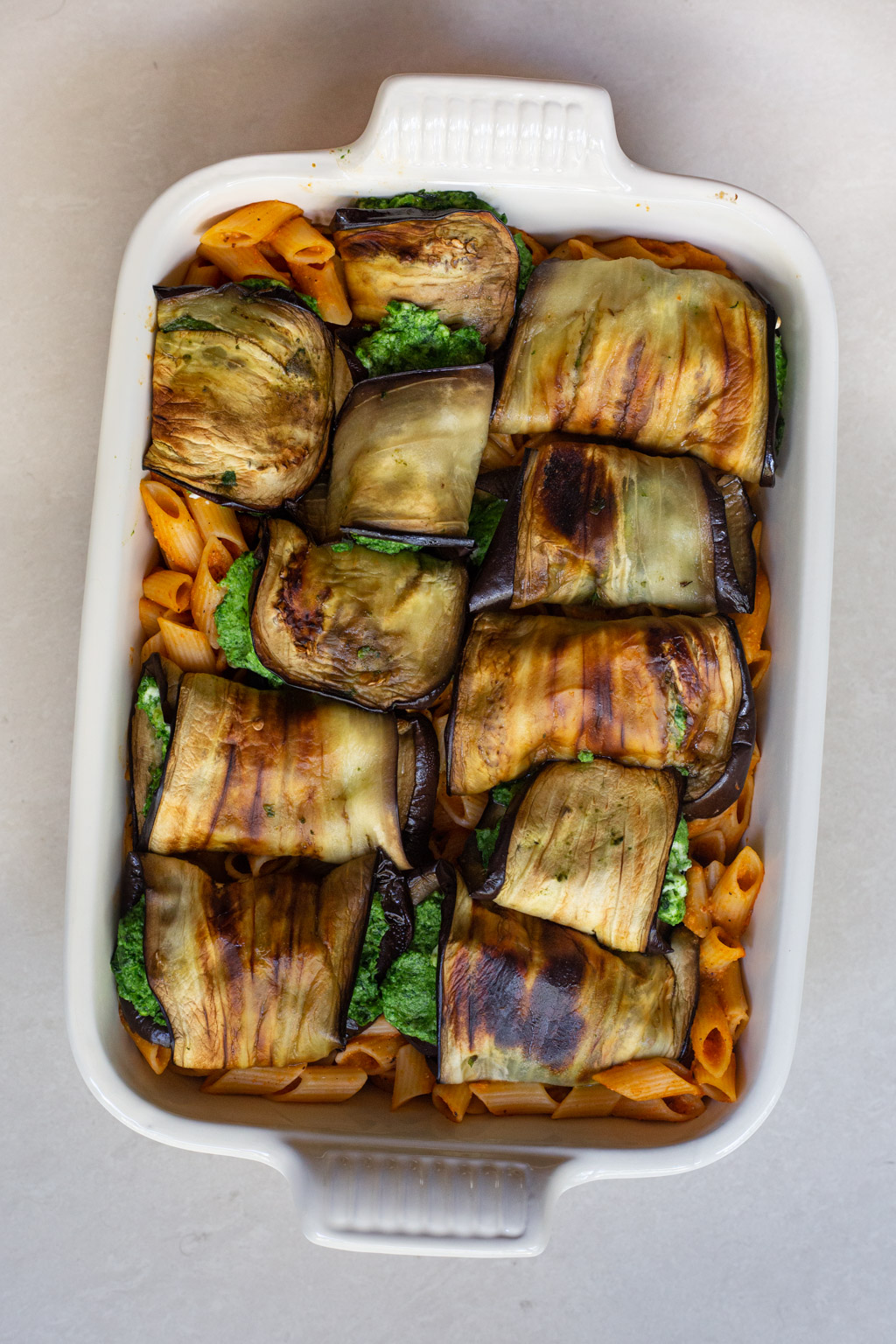 I used my versatile roasted red pepper & tomato cashew sauce here. This recipe makes a double batch. Use half the amount of the thick sauce and add enough water to get about 2 cups’ worth. Alternatively, a basic tomato sauce would also work in this recipe.
TAGS: eggplant,Paneer,Spinach