I think I may have done my fair bit of preaching about using ground almonds in desserts to replace flour. Not just from the health point of view, no, but for the texture and nuttiness that you get from the ground up nuts. I buy them in bulk, make big batches of this crisp mix and stash in the freezer in separate bags. Use any fruit – apples, pears (with a little grated ginger added in for some intrigue), plums, apricots, peaches, nectarines;strew the mixture on top and bake. Couldn’t be simpler or more delicious.

The difference between a crumble and a crisp is somewhat confusing. Some say that a crumble mixture comprises butter, flour, sugar, and oats while others go by the theory that only crisps contain oats. I love the addition of oats in both my crumbles as well as crisps, and even sneak a few into a cobbler (which throws this entire discussion out the window!), but either way, what’s in a name as long as it tastes good right? 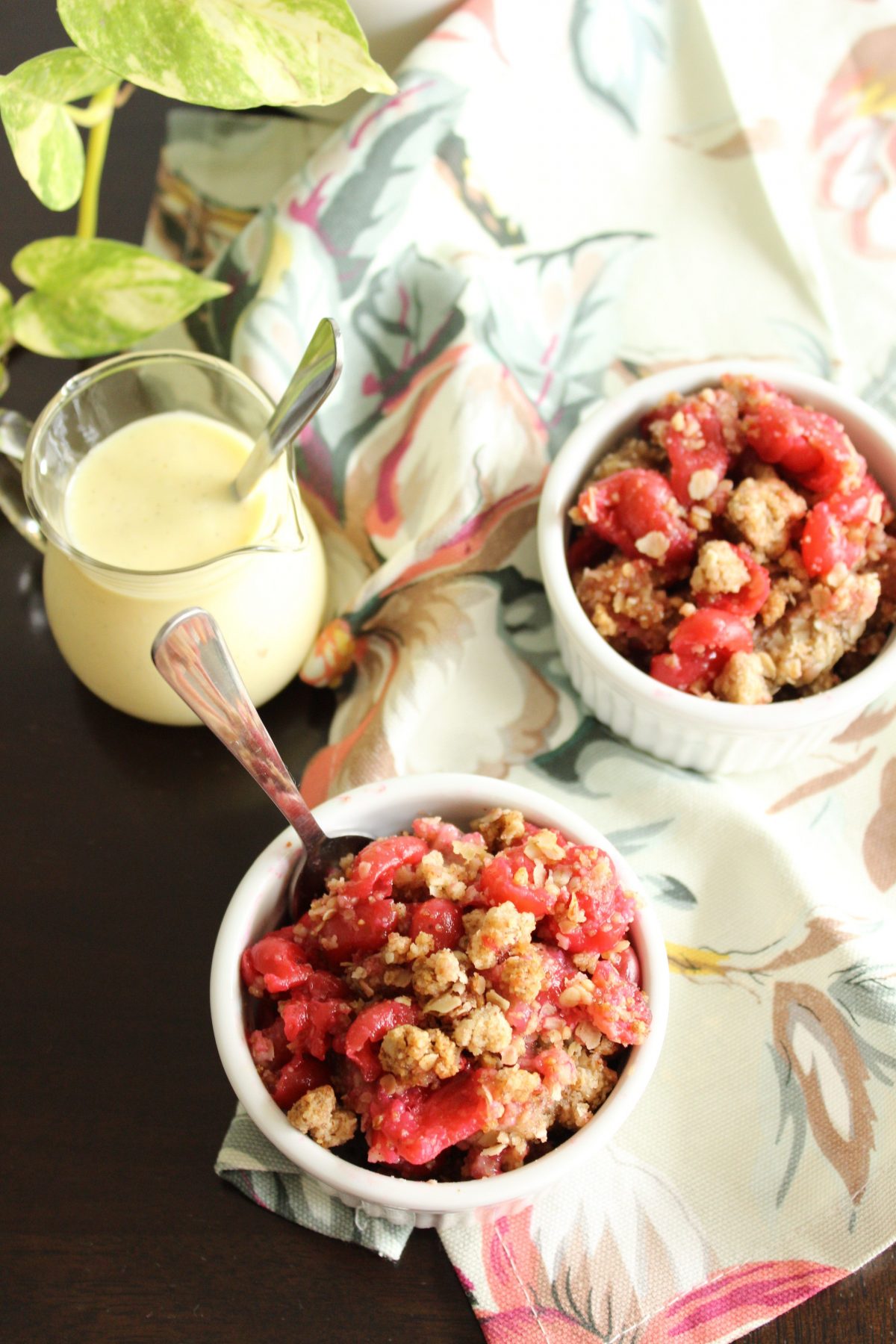 Cherries, slightly tart and undoubtedly summery, work very well for this time of year. Like making a crisp topping wasn’t easy enough, I like to leave the bits rather chunky. Upon cooking, they slightly char on the surface and stay incredibly moist and nutty inside. The crème anglaise fancies it up slightly and is a wonderful contrast to the cherries and almonds. 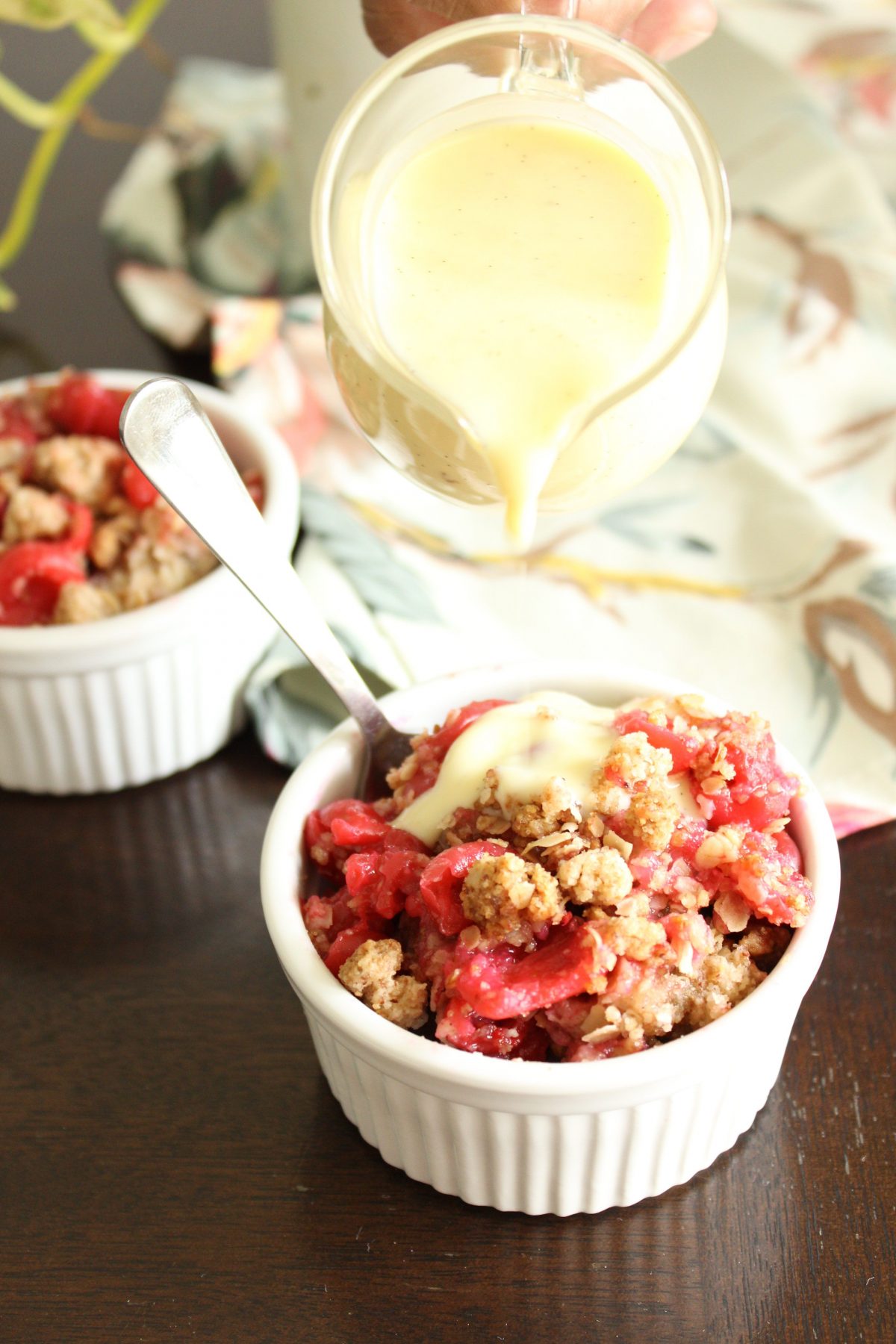 Making jam with SEEDED grapes. After scouring the

I love smoky eggplant! I love grits! But here’s