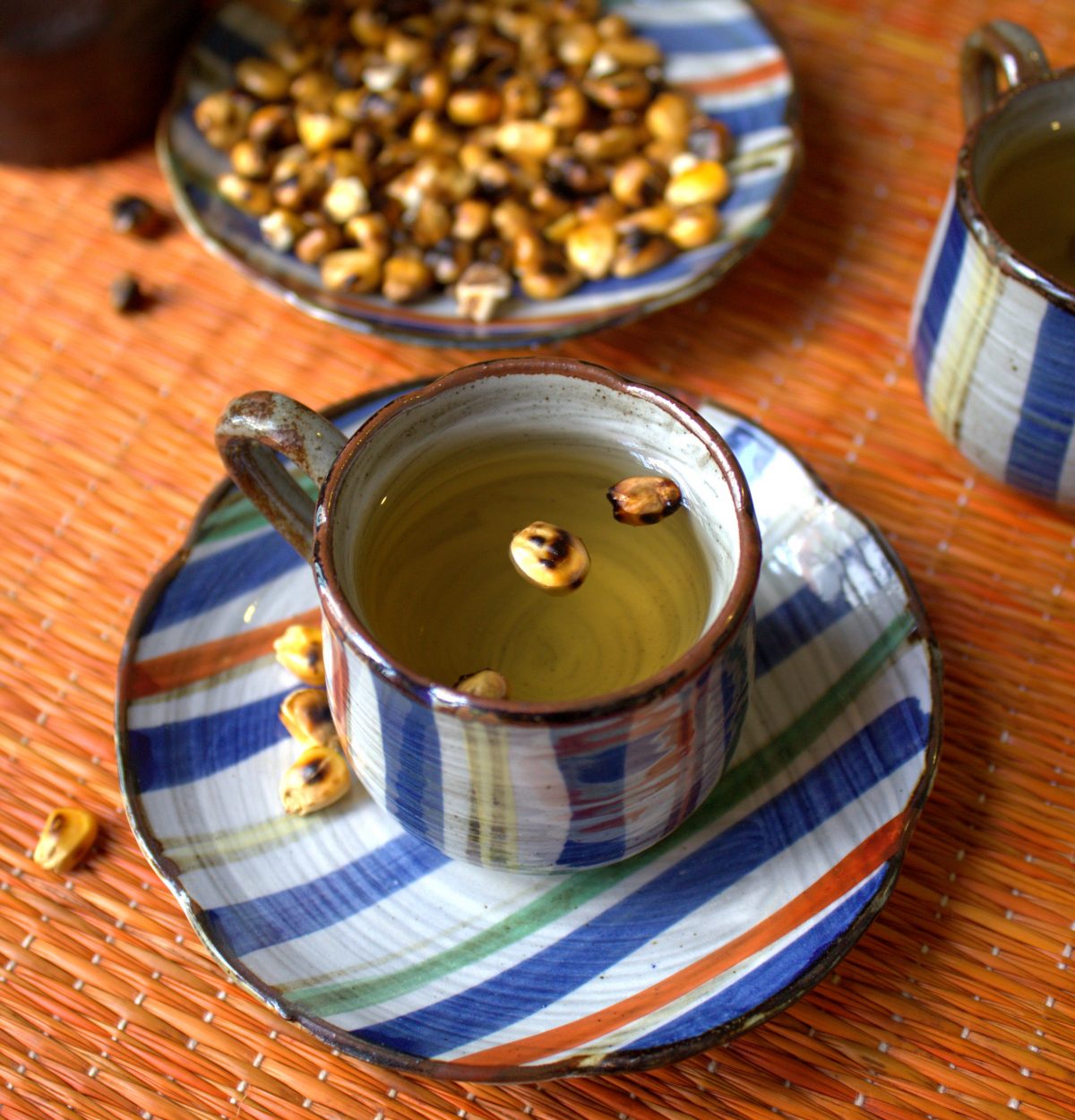 Korean corn tea, or Oksusu cha is a classic Korean beverage. Although called ‘tea’, it isn’t tea in the normal sense; it’s essentially boiled corn water. Corn kernels are slowly roasted until almost blackened and charred, and boiled in water until the water takes on the slightly nutty flavour of the corn. Drunk hot or cold, corn tea or its other ubiquitous variant, barley tea (Bori cha) are quintessential staple drinks in every Korean home.

The Korean restaurant that we frequent here in Chennai serves chilled corn tea, and it tastes exactly the same as this one! I like mine served cold, which seems to be the common practice at restaurants anyway, but hot is good too—reminiscent of their Chinese counterpart—robust and aromatic yet gentle on the palate.

I roast big batches of corn and store for future use. That way you just boil them down with water, and refrigerate for a quick refreshing drink. A cinch to make and stays good in the fridge for almost a week, this one is going to keep me going all summer long! 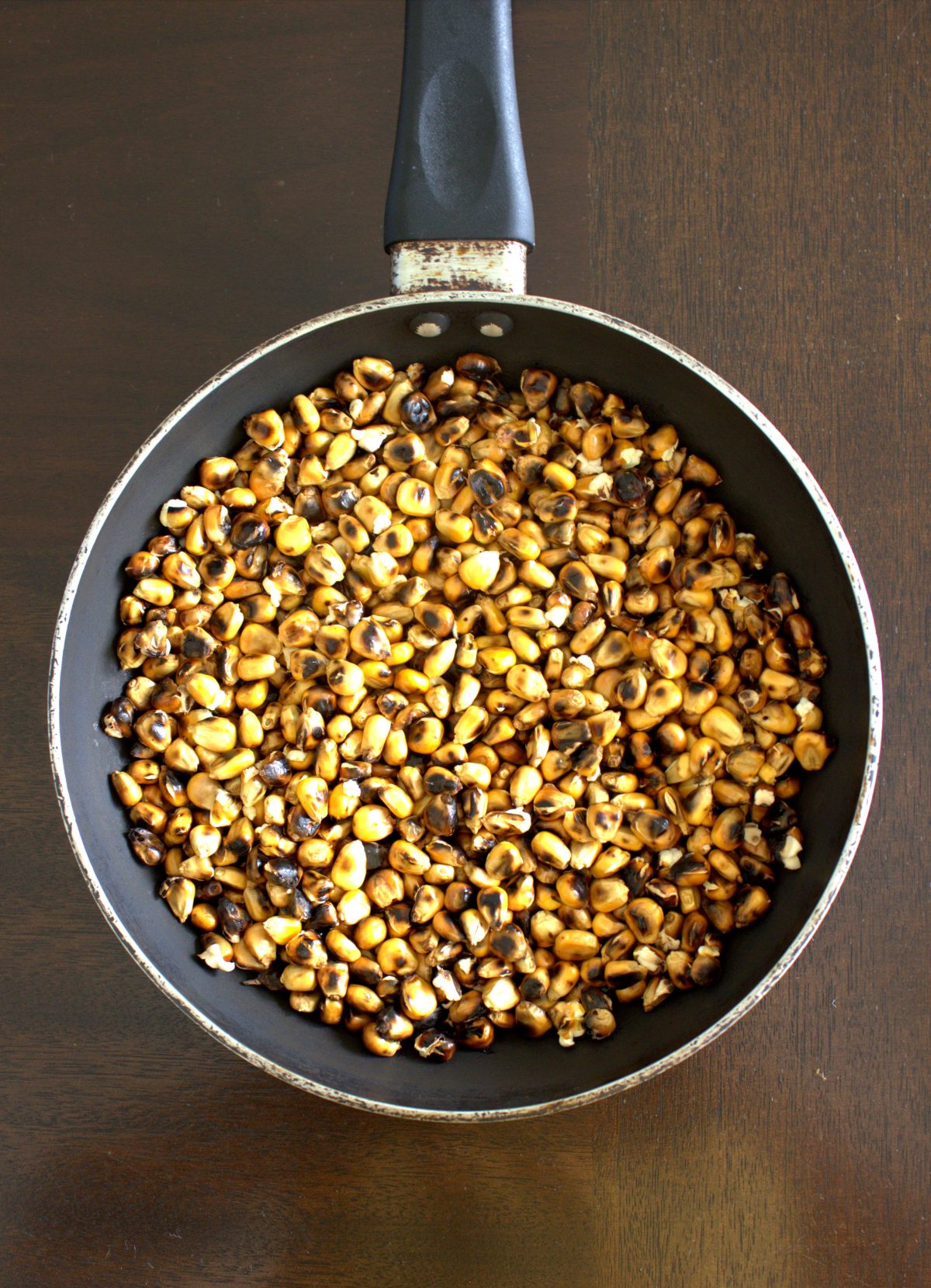 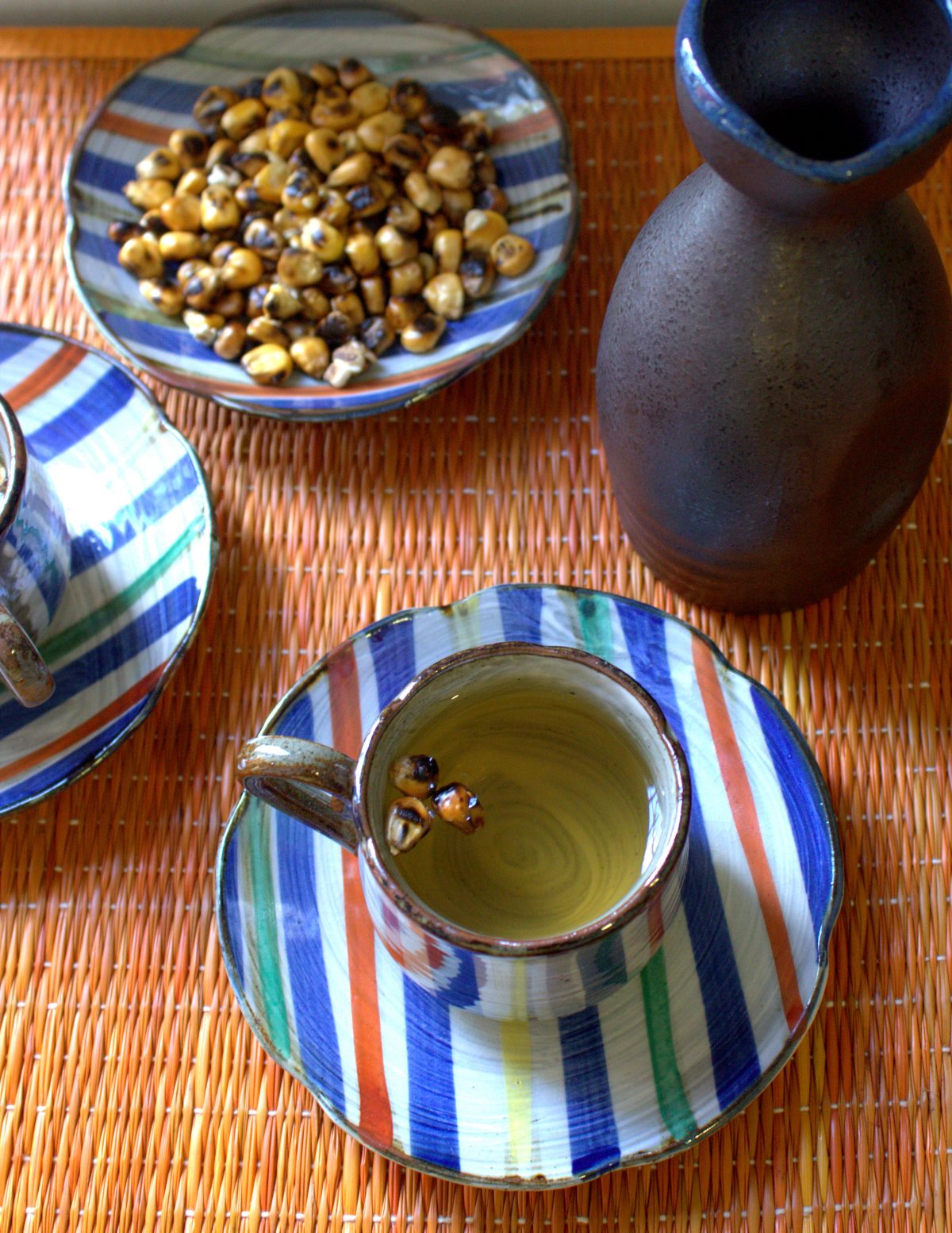 Is it fresh corn that is roasted or dried?

It is dried corn that looks to be partially roasted. I have always bought it at an Asian store in a bag – which I then roast till darkened and aromatic, steep in boiled water for 20 minutes. Ta-da

How long can we store the roasted corn? Thank you

Hi Fridya! I usually roast a large batch and keep them in an airtight container for up to 2 months (I haven’t kept them for longer, so I’d say safely, 2 months).