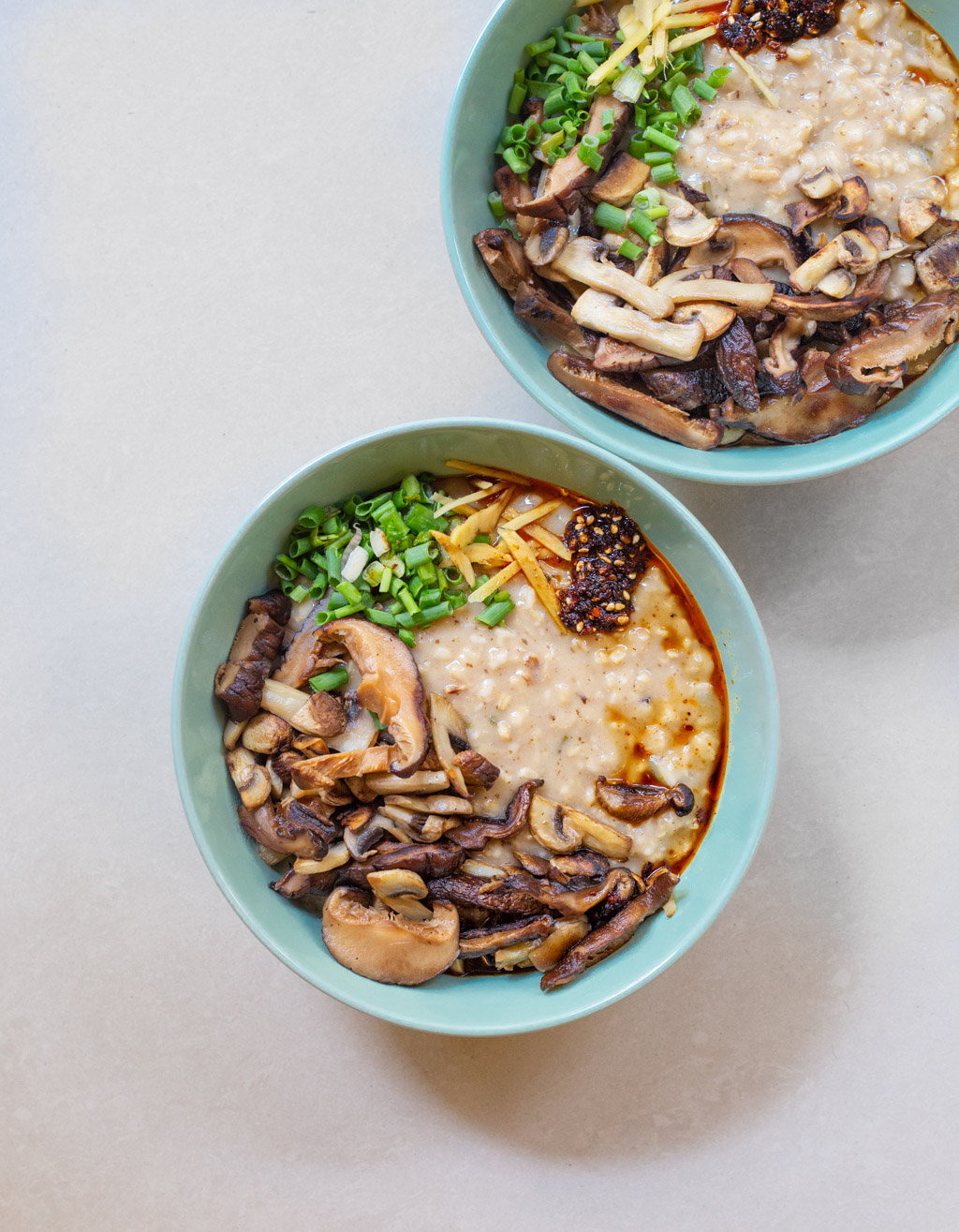 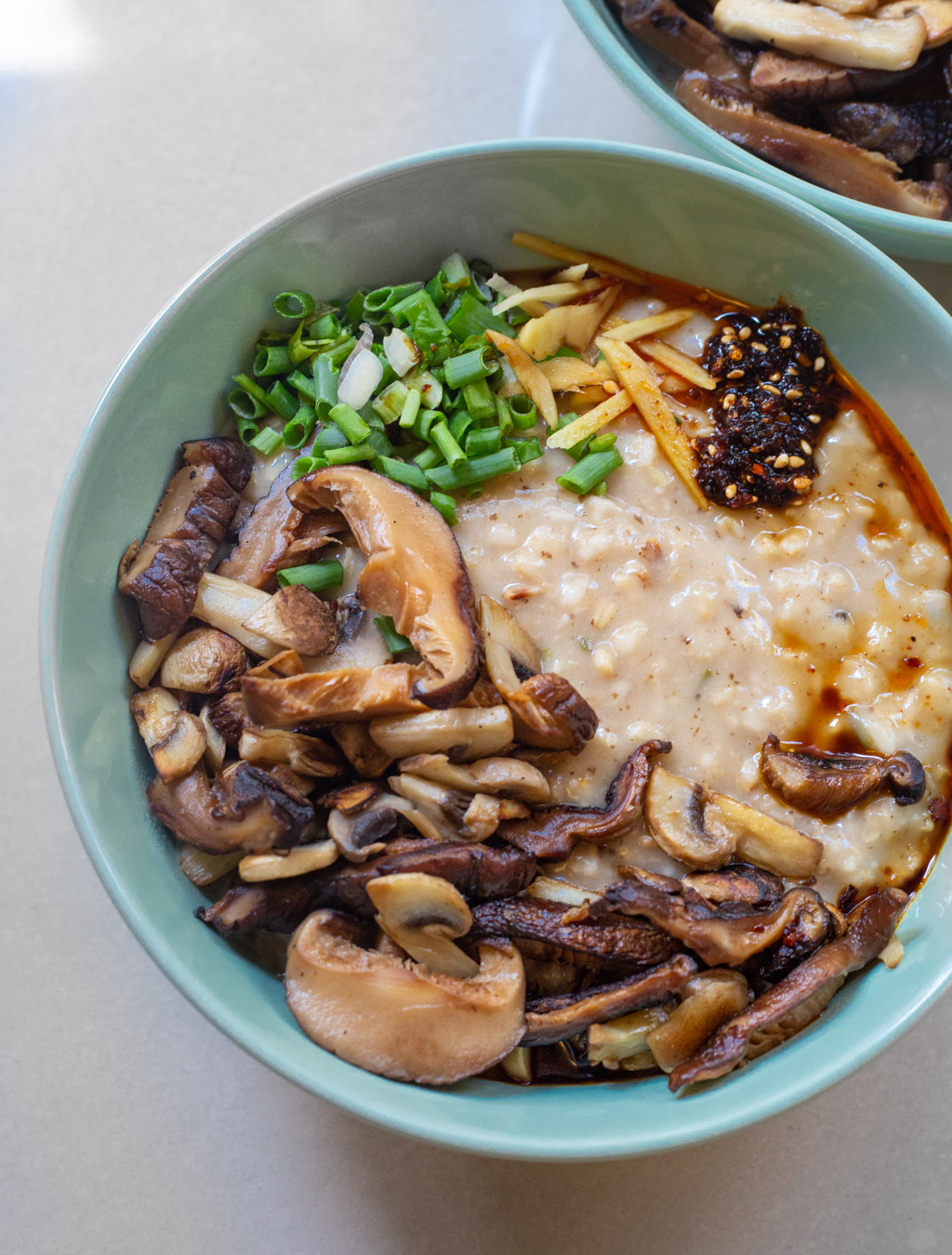 At this rate, I may as well make it official, pivot into a ‘breakfast only’ website and not worry about my lack of enthusiasm for anything else. If you’ll stick around, I promise to make it worth your while with (more!) French toast variations and nestling eggs into anything that even closely resembles a sauce. Christ, I’m predictable aren’t I? (But I’m kidding. Until roasted veggies and salads make it into the mainstream breakfast scene, I’m going to stay put for now.)

Congee is a type of rice porridge eaten in Asian countries. Although typically associated with East Asian cuisine, the name originated in India and comes from the tamil kanji. (I’ve called it congee here only because I’ve made this Chinese-style. Calling it kanji and topping it with shiitake mushrooms and cooking the oats in stock sounded too bizarre.)

Although the flavourings are typical to a Chinese congee, I use oatmeal here instead of rice. We eat oats a lot for breakfast and I’ve been on the lookout to try them in more savoury applications. Pretty sure this idea dawned on me whilst in the middle of doing bills, folding laundry or some such thrilling activity, but goodness, was I excited. Tried it the very next morning and happy/sad to announce that there’s no going back to eating them any other way now. 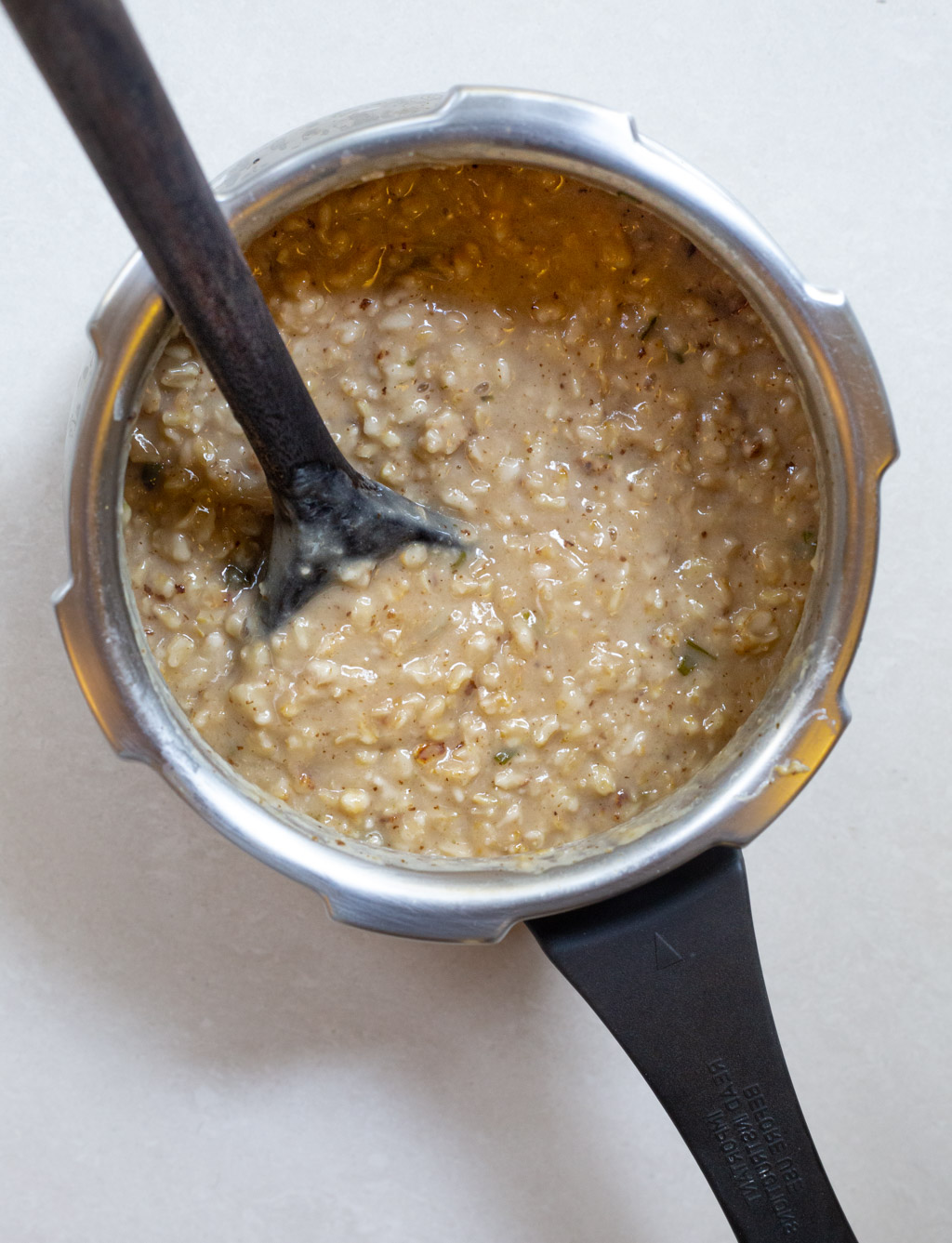 I like rolled oats here and wouldn’t substitute them with instant. Rolled oats break down but still have a bite to them; instant would completely disintegrate. (Steel-cut would also work because they hold their shape upon cooking. They take an age to cook though so plan accordingly.)

I really try to give alternatives for obscure, hard-to-find ingredients in my recipes. I’m afraid there’s no substitute for dried shiitakes here though. You could just do button mushrooms but the real depth comes from dried shiitakes. I soak them for at least half an hour to soften and rehydrate them before using. Save the soaking liquid. This has so much flavour and forms a part of the ‘stock’ that the oats will cook in. Although shiitakes are not easily available in stores, they’re one the few ingredients I always make an effort to source. In their dried form, they keep for ages and a few mushrooms are all you need to add that umami savouriness to dishes. (Asian grocers always have them. If not, online?)

I use a pressure-cooker here to cook the oats. It gets the job done a lot quicker than if you were to use a regular pot. To cook the oats, you simply bung everything together – oats, ginger, spring onions, salt, water, shiitake soaking liquid and a stock cube, and cook until you have a porridge consistency. Divide into bowls and top with a generous heap of sautéed mushrooms, raw sliced ginger, spring onion tops, chilli oil and a dash of soy. Eat up! 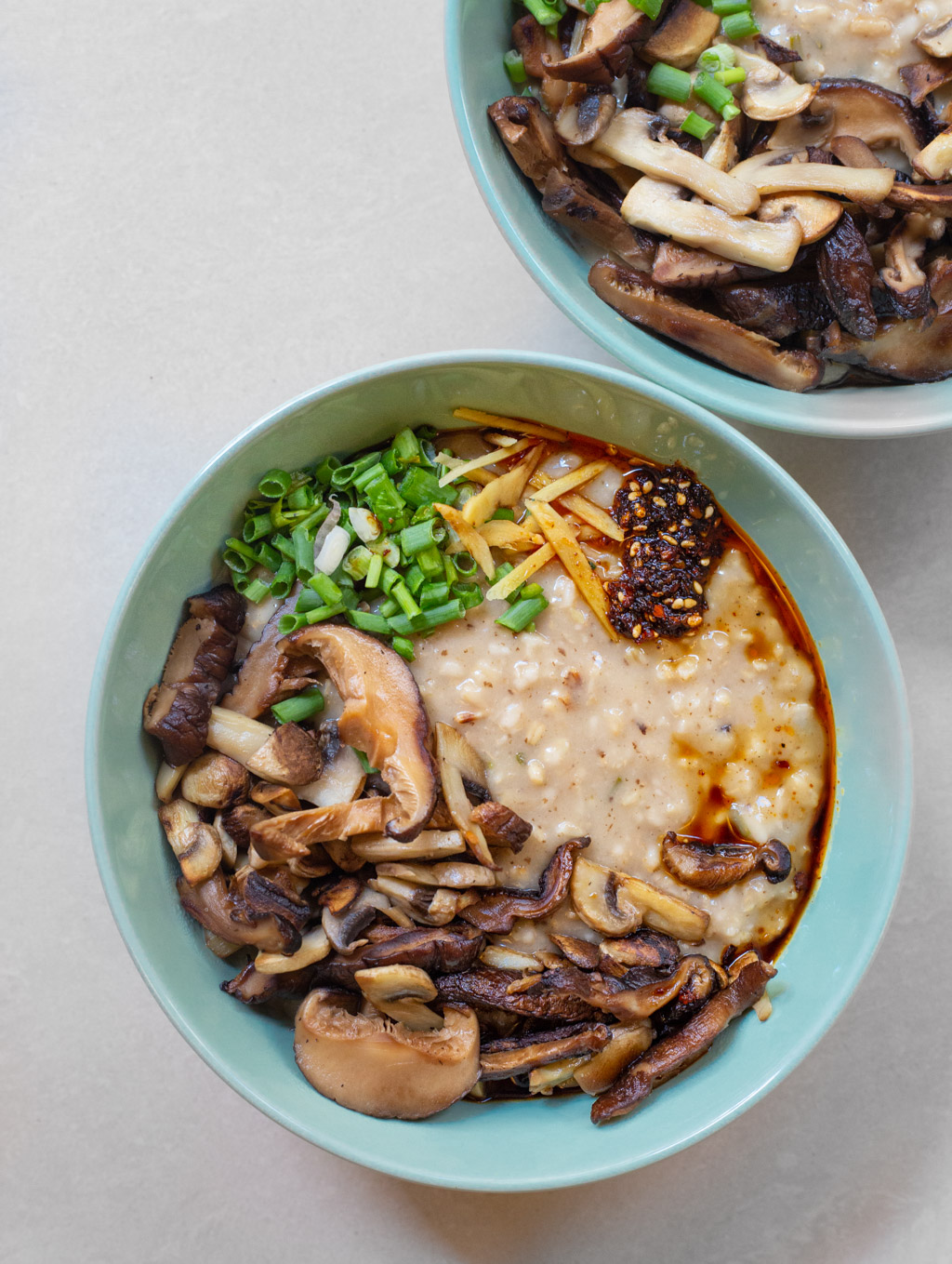