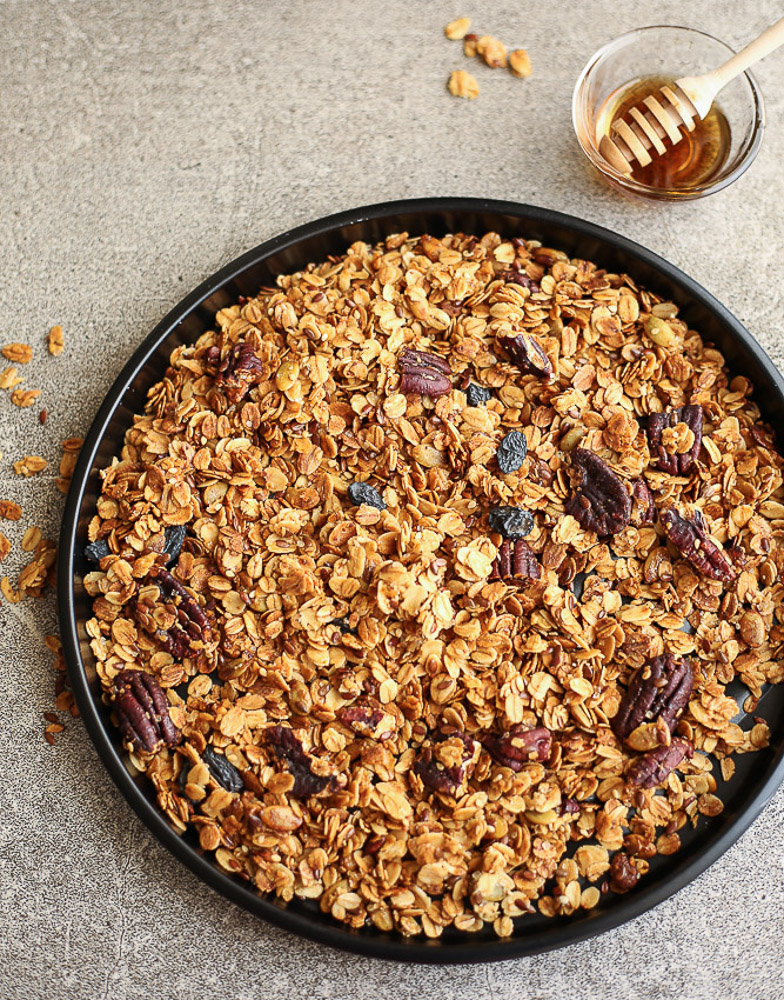 I know I’d said in my previous post that this was going to be a recipe for a roasted tomato and coriander pesto. Truth is, I was really happy with the recipe and it was all ready to go up until I realized that I was just not satisfied with the pictures I had. Turns out the rather artistic smears of pesto that I’d envisioned in my head when I was shooting didn’t look so appealing in the end. In fact, far from it, so I had to can the whole album completely. In the meantime, granola, anyone? 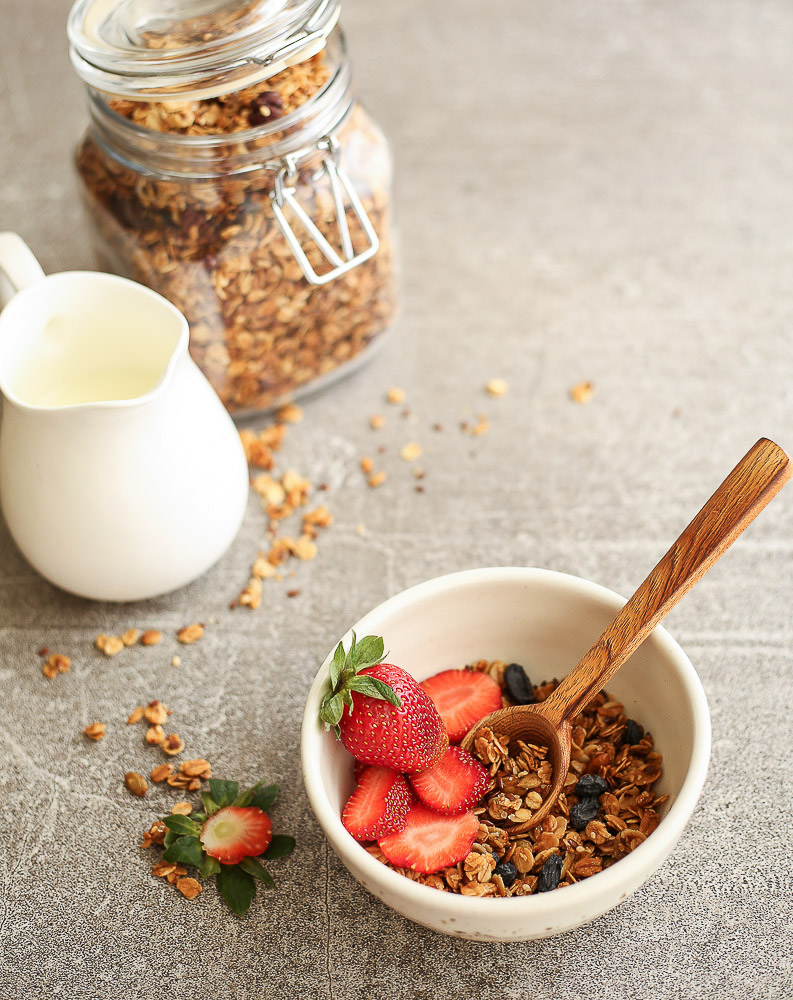 I’ve been wanting to make granola for so long now. I mean, it’s so easy, why would anyone buy granola? (rhetorical question – I used to buy granola). You toss together some oats with nuts and seeds (any kind you want), a fat of some kind to hold it together (again, any kind you want) and bake in the oven. I’m almost embarrassed by how simple this is.

The oats in question however, have to be traditional rolled oats. Not steel-cut, and definitely not instant. The best part about this granola is the texture you get from the oats once it’s been baked until bronzed and crunchy. Instant would just completely disintegrate and taste powdery. The nuts too, any kind you prefer: pecans, walnuts, almonds, cashews, pistachios, let your imagination run wild (and your bank balance too, if you live in India and have to sell an arm for a packet of goji berries). 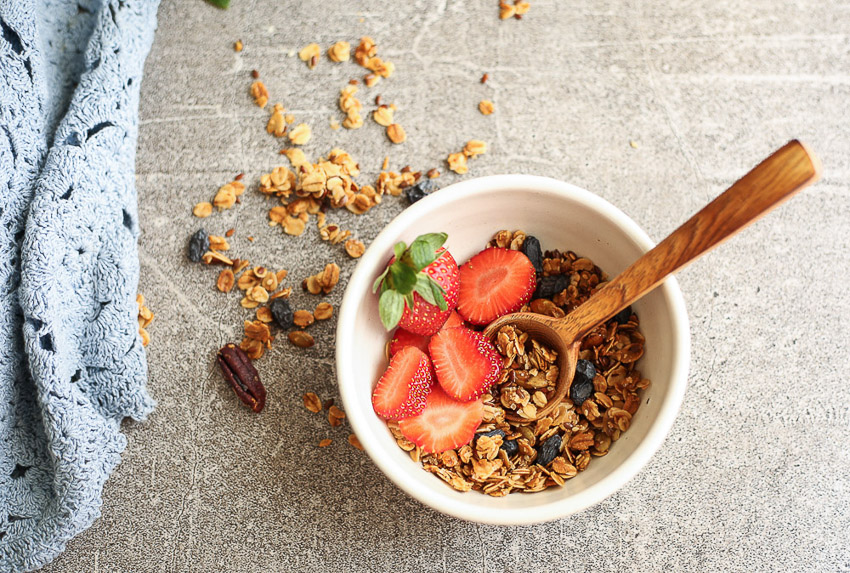 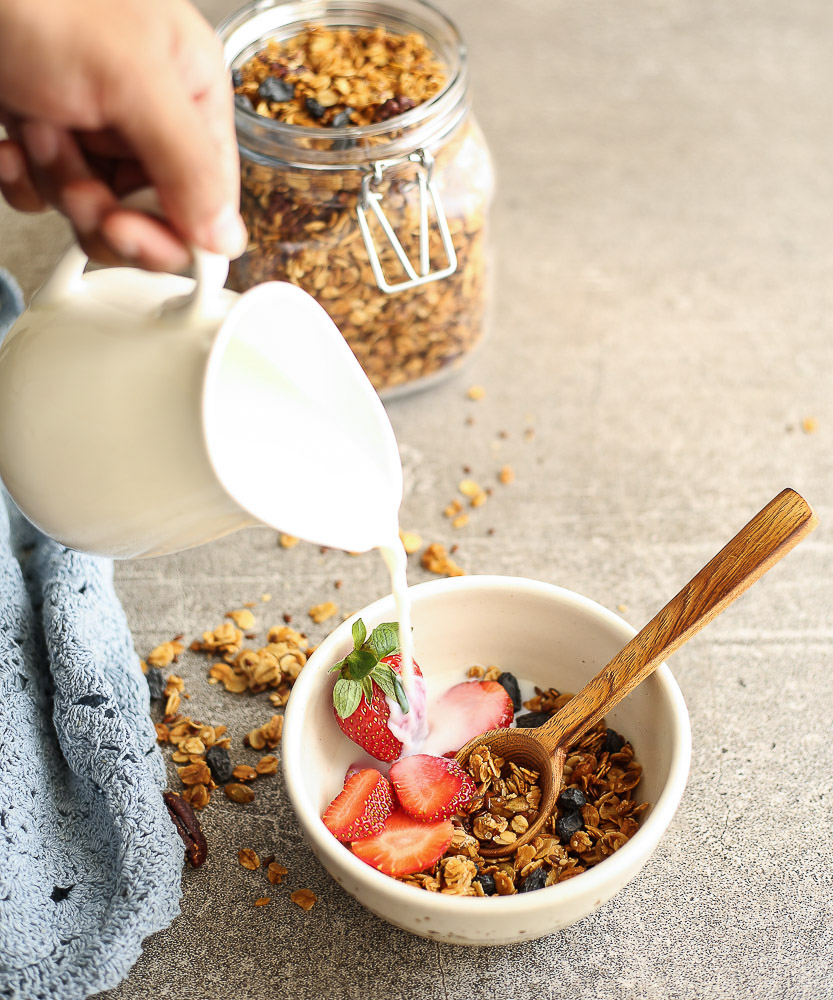 I used a combination of maple syrup and olive oil with this batch of granola and I especially like the musky robust flavour that maple syrup provides. But if for whatever reason you don’t want to go down that route, substitute with honey. Since granola is all up in the blank slate game, let me also add that adding spices is a good way to change things up: a pinch of cinnamon or vanilla are great additions, as are chocolate chips or candied fruit for a more indulgent version. I, however, prefer to keep the granola base simple and make changes to the toppings instead – fresh berries, or sliced bananas with a dollop of peanut butter mixed in are my personal favourites. 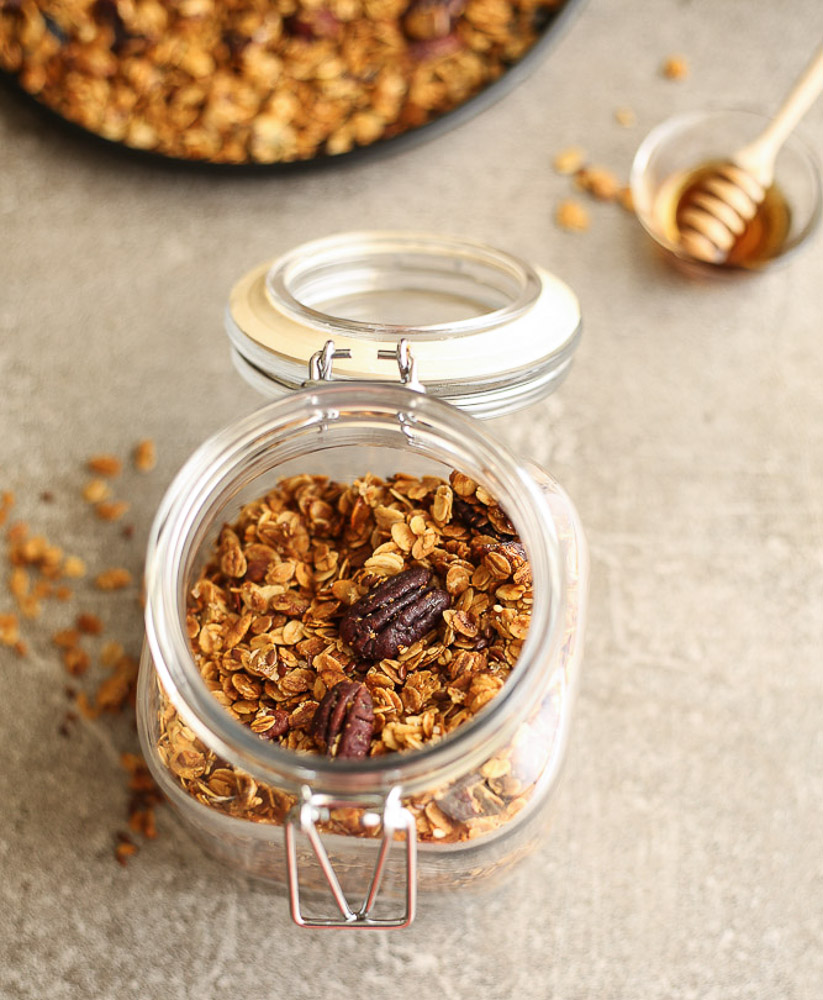 (Note: you want to have a layer of granola on the baking tray that’s not more than about 2 inches. Bake in two batches if you have a smaller oven).