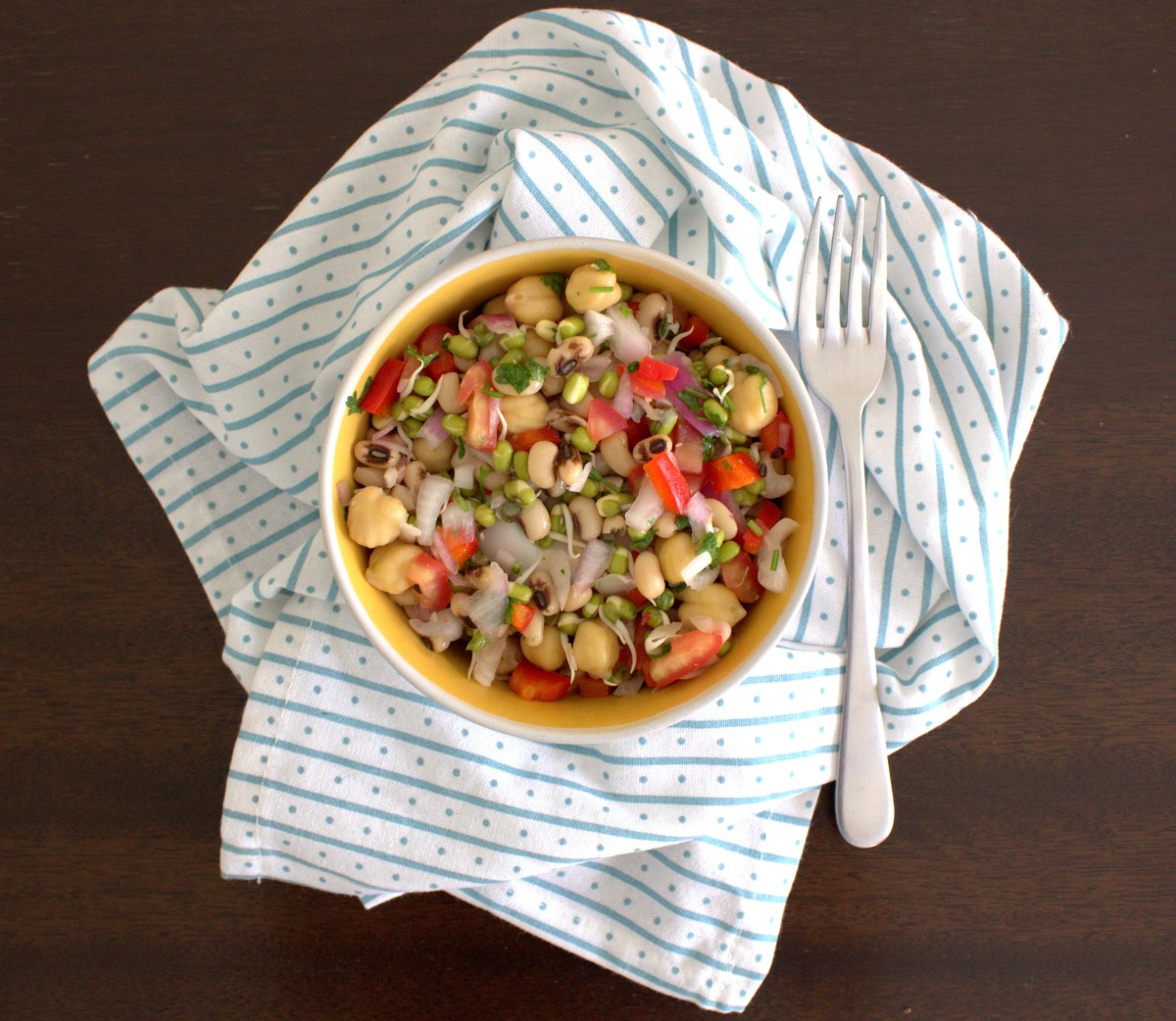 This salad has been a part of my husband’s lunch box for the past two weeks now. Going on his third today, I was considering at least trying a different dressing to break the monotony, but he says he’d like to stick to this. The man can eat curd and rice for every meal for a whole month without getting sick of it! But back to the salad, if it ain’t broken don’t fix it, right?

So quick and easy to put together, this vibrant salad is chock full of nutrients and general goodness. I am a fan of big punchy flavours in salad dressings but I decided to keep it light and refreshing for this (quite possibly the only recipe that I know of where the entire focus doesn’t revolve around dijon mustard – love that stuff). 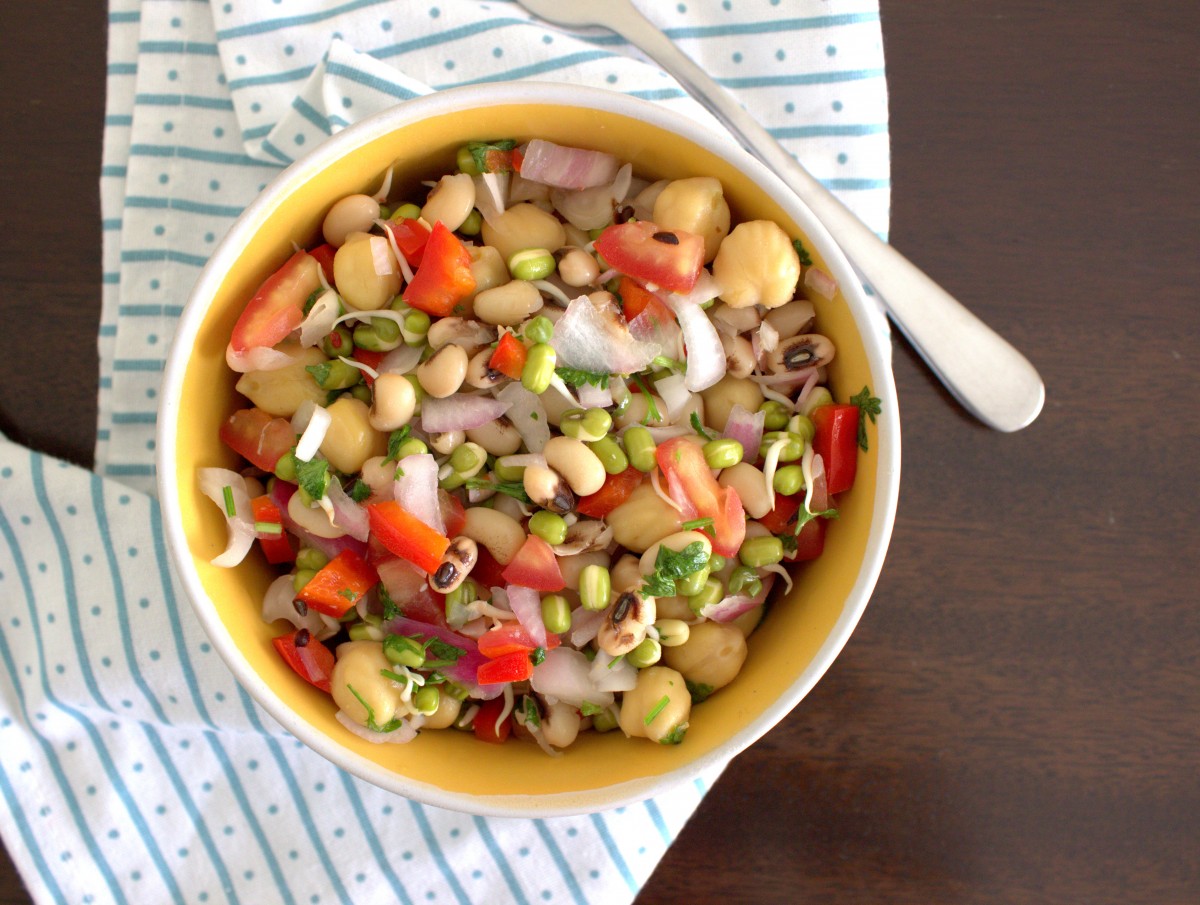 The generic term ‘bean salad’ could also include fresh green beans in it, and oftentimes it does. As I was typing out the recipe I realized that there were ingredients that I was omitting and some that I was adding. I tend to fiddle around with it quite a lot and sometimes throw in a carrot or some lettuce, or just do a bean-only version with some onions mixed in. What really matters in the end is that you taste the dressing and adjust the proportions to your liking.

Made this as a side for dinner today, paired it with pita bread and humus ( would have loved to have some meat with it, albeit lent).

Will surely be one of our staples going forward. YUMMY!

Don’t know how I missed seeing this, Nag. Pairing it with pita and hummus is a great idea. I’m so happy you liked it!