Posted May 5 by Kirthana Kumar under Gluten free, Salads, Side dishes, Vegan, Vegetarian 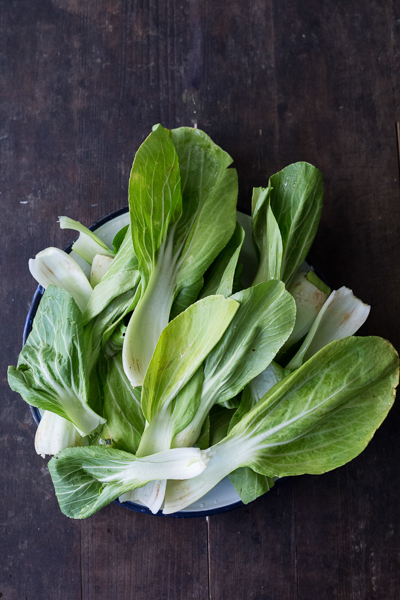 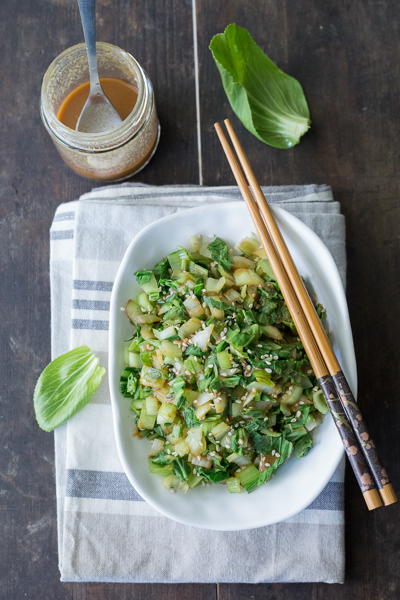 The first time I made this dish, I decided to keep the bok choy raw. And the sauce was more like a dressing – the ingredients added to a screw-top jar, shaken, and poured over. It was a bok choy salad of sorts. I knew it was a good pairing—ginger and miso—but the sauce was too runny and the raw bok choy too bitter. Failed attempt #1.

The second time was at least in the ballpark. Halved and grilled the bok choy on a griddle pan. Dressing remained the same as before. This method actually worked fine and the charred bits on the bok choy even added another element of interest, only, it took ages to cook through, and when it finally did, it had cooked unevenly (perfectly tender white parts; overcooked leafy parts.) Failed attempt #2. 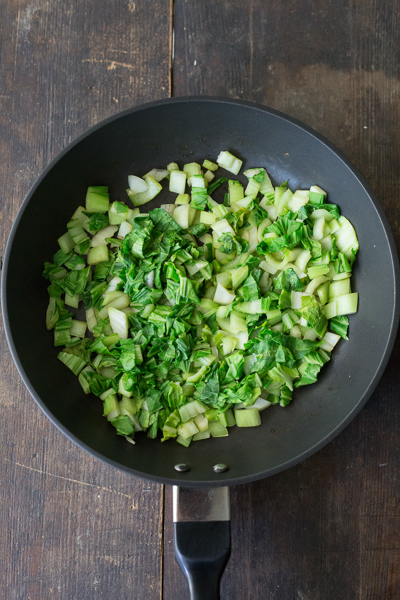 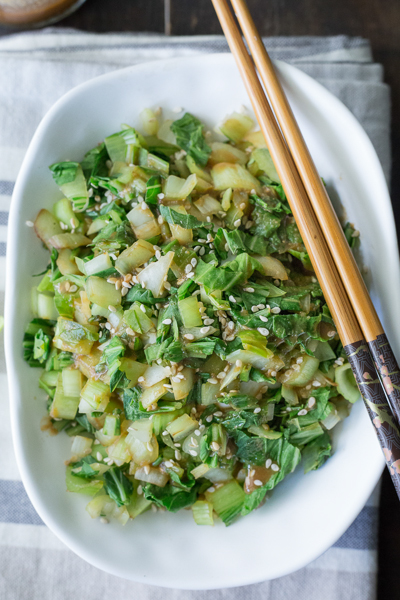 Sauce fix: The flavours were on point, so it was just a matter of thickening it up and having it coat the vegetable rather than letting it run all over the place. You know that syrupy consistency of say, a barbecue sauce? You get that from heating the sugars in it, which eventually reduce and thicken as you cook it out. Miso, when cooked out, produces a similar reaction. Make sure to keep an eye out though, because sugars also have the tendency to burn when you’re not looking (I have some experience in this area.)

Veggie fix: Chopped bok choy, the white and leafy parts cooked one after the other respectively. This dish works great as a salad or a side, and you could even use other leafy greens in place of bok choy. The sauce is where it’s really at, so taste and balance it out to suit your palette.