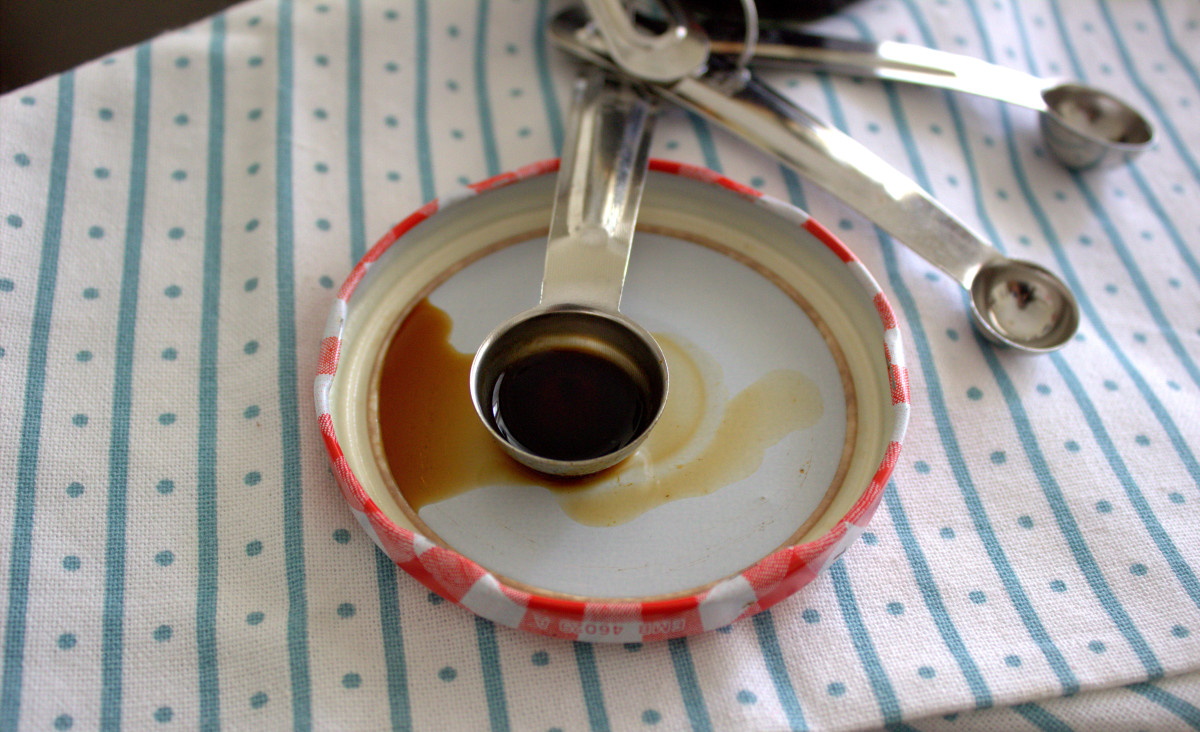 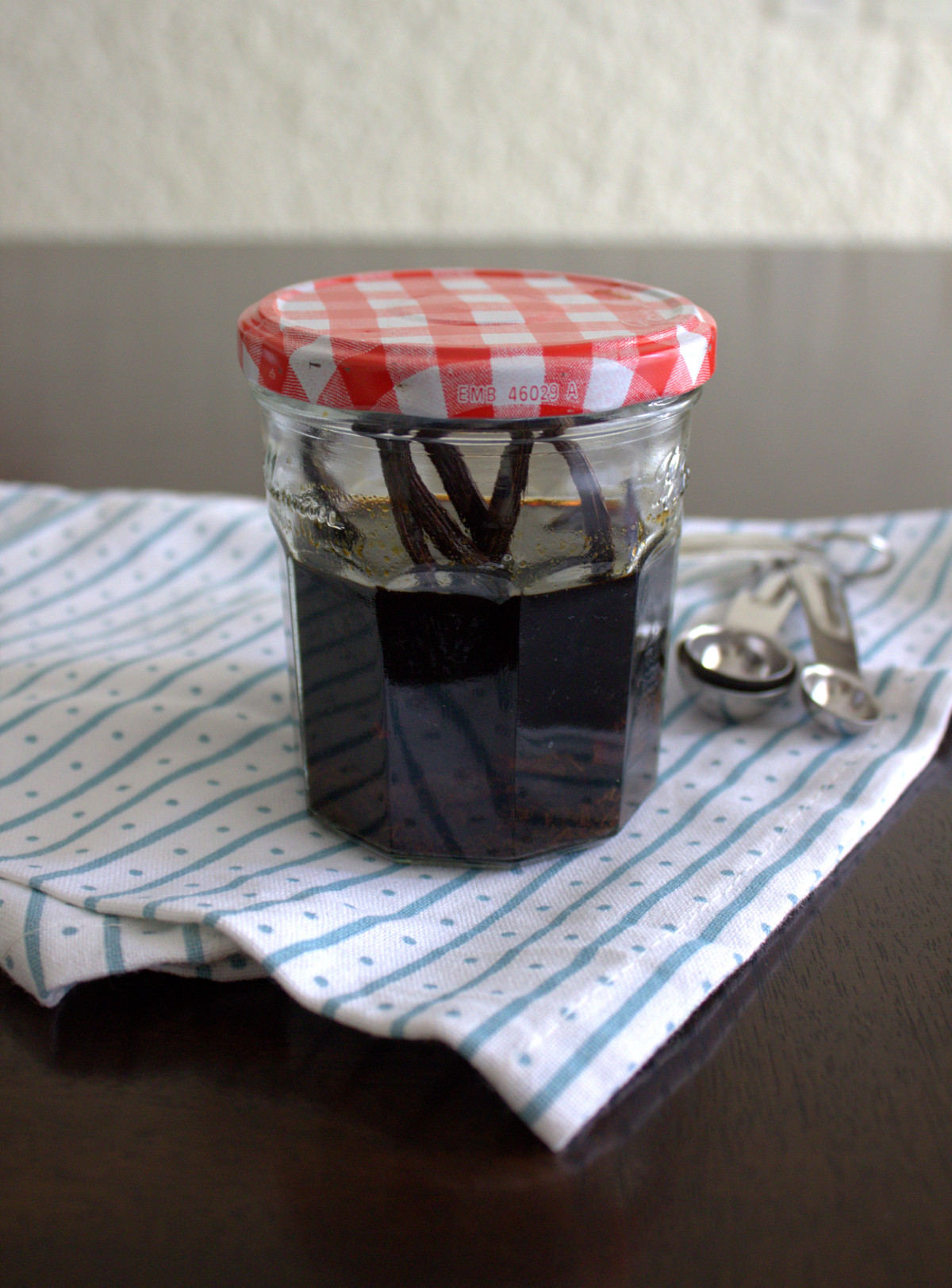 Who would’ve thought making your own vanilla extract was this easy! Until I recently stumbled upon a recipe that stated that all you needed were vanilla beans and alcohol, I’d been completely oblivious to the fact that you could make it at home! I feel like my food blogging rights are hanging by a very fine thread with that admission.

Stashing used vanilla beans in sugar is something that I love to do. I use them in everything from warm milk, yogurt, oatmeal, and even to sprinkle on fruit before grilling. After you use vanilla beans in desserts, don’t discard them; all you have to do is either sun-dry (if it’s as simple in your country as it is in mine), or air them out until completely dry before sticking them in a jar of sugar. Keep adding vanilla beans and topping with sugar and you’ll have an endless supply of homemade vanilla sugar to last all year round. 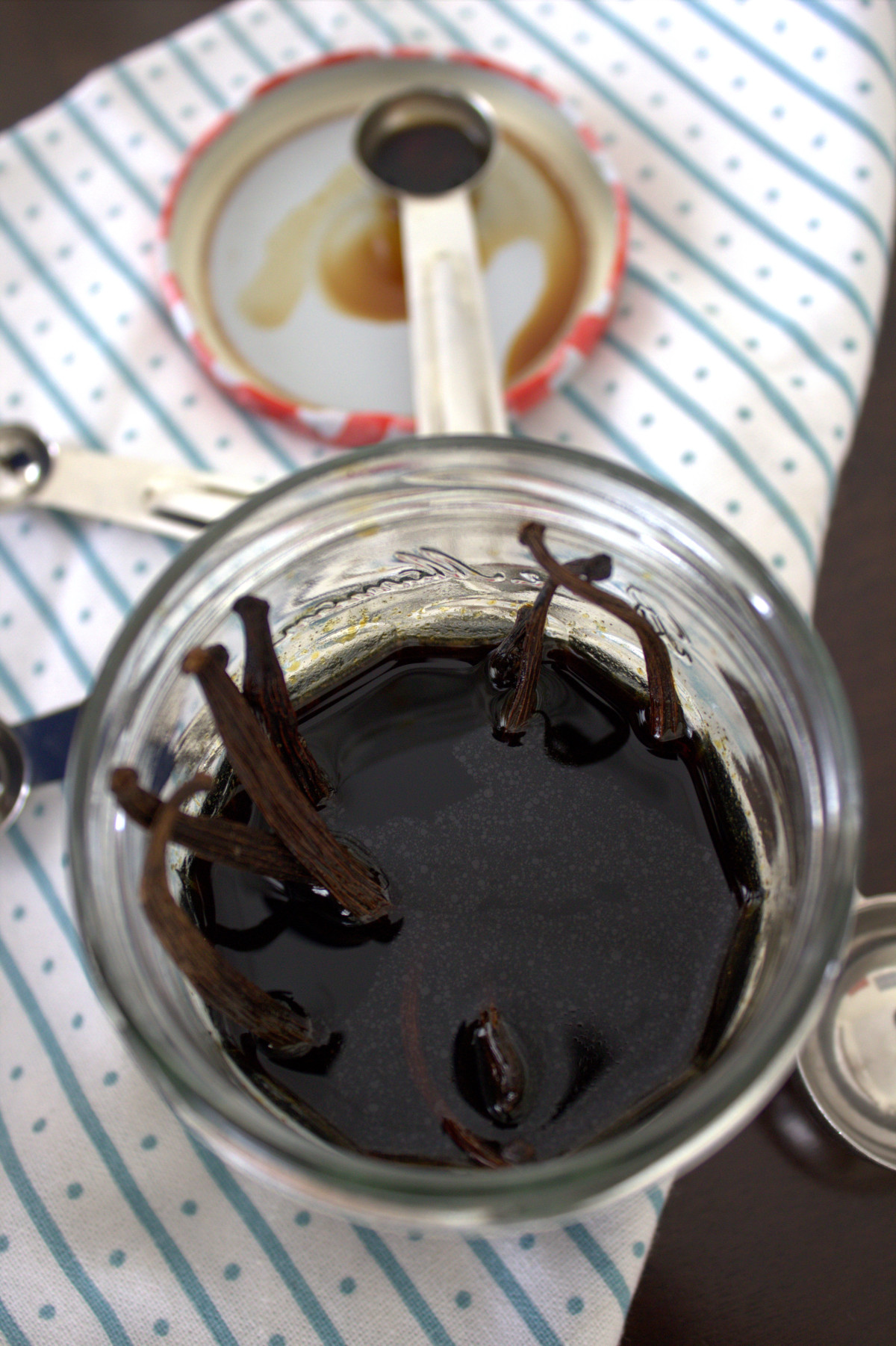 If you can get your hands on some quality vanilla beans or natural extract at your supermarket, you’re lucky (and might need more convincing to try this recipe. Did I mention that this is a more affordable alternative too? Entirely true but a cheap shot at the convincing part nonetheless). It surprises me that even though you do occasionally find vanilla beans in select stores in Chennai—albeit, shriveled up ones—the extracts (if you can even call it that) are actually really bad imitation vanilla flavouring. 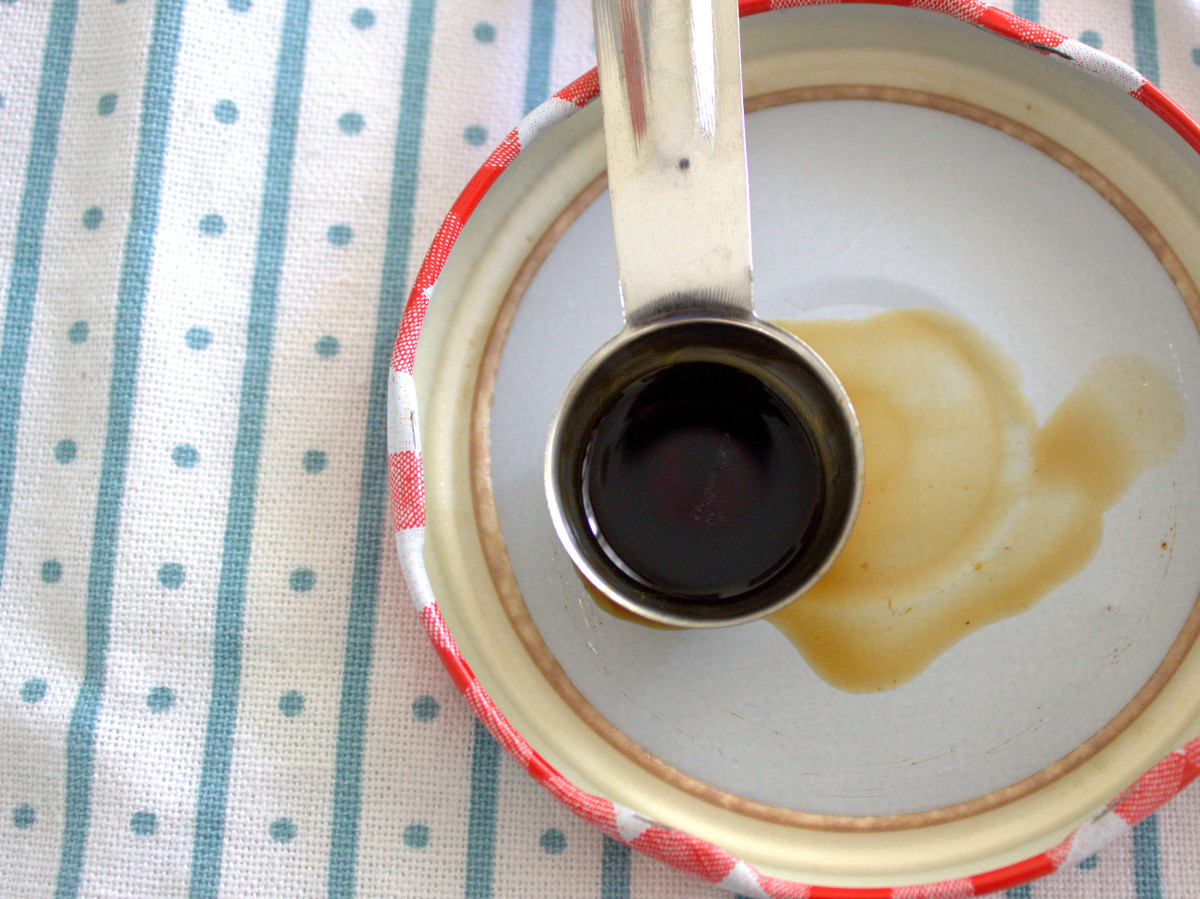 Once you start making your own extract, the one thing you’ll have to do is plan in advance. I have mentioned in the recipe below that it has to sit for at least a month in the alcohol to have a somewhat strong vanilla intensity. At least. But the longer you leave it there, the better. Although you could add more alcohol as the level goes down, I think it would be a shame to dilute it.

Also worth mentioning that the ‘normal’ way of doing it is to either split the beans lengthways or leave them whole in the steeping liquid. I decided to blend some up to amp up the flavour and get it going faster. I would definitely follow the same method for my next batch. All the flavour, in half the time! It’s at times like these that I know my impatience pays off. 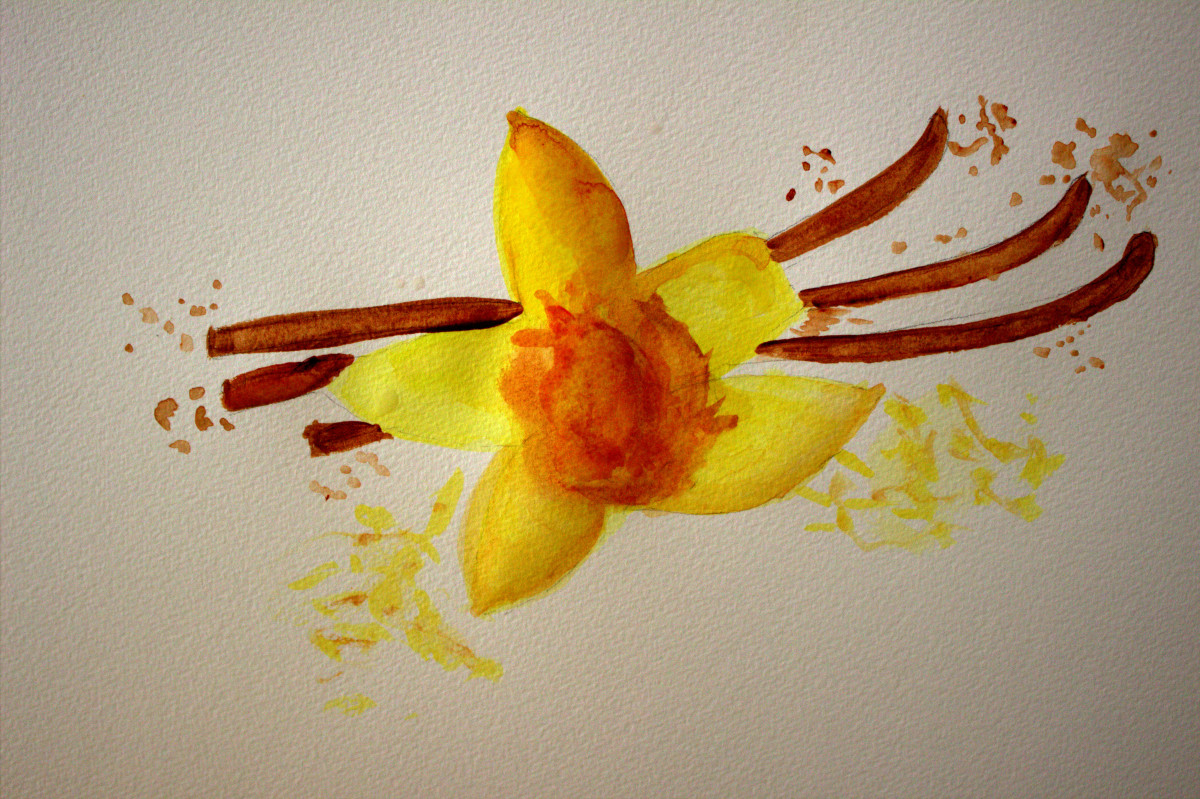