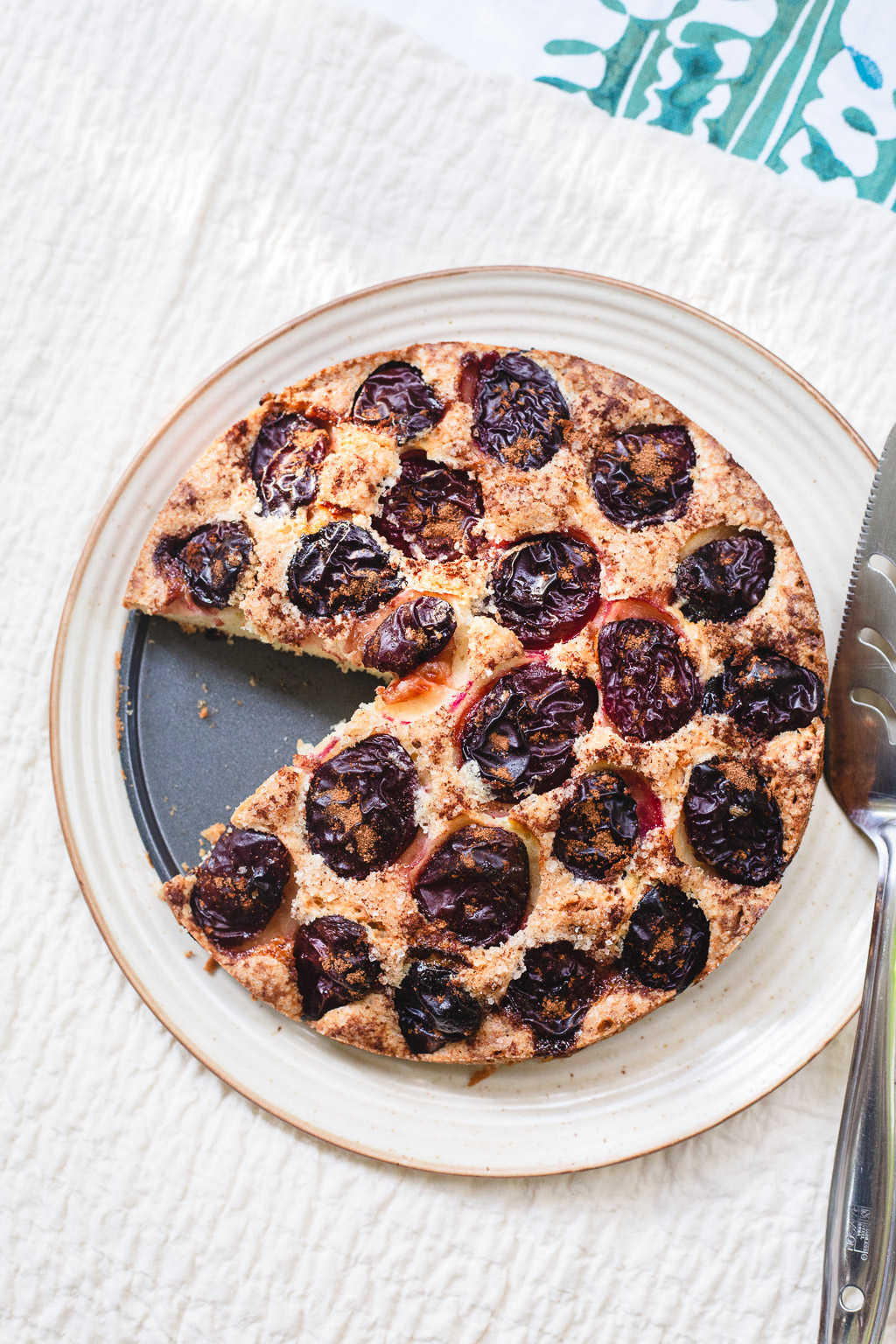 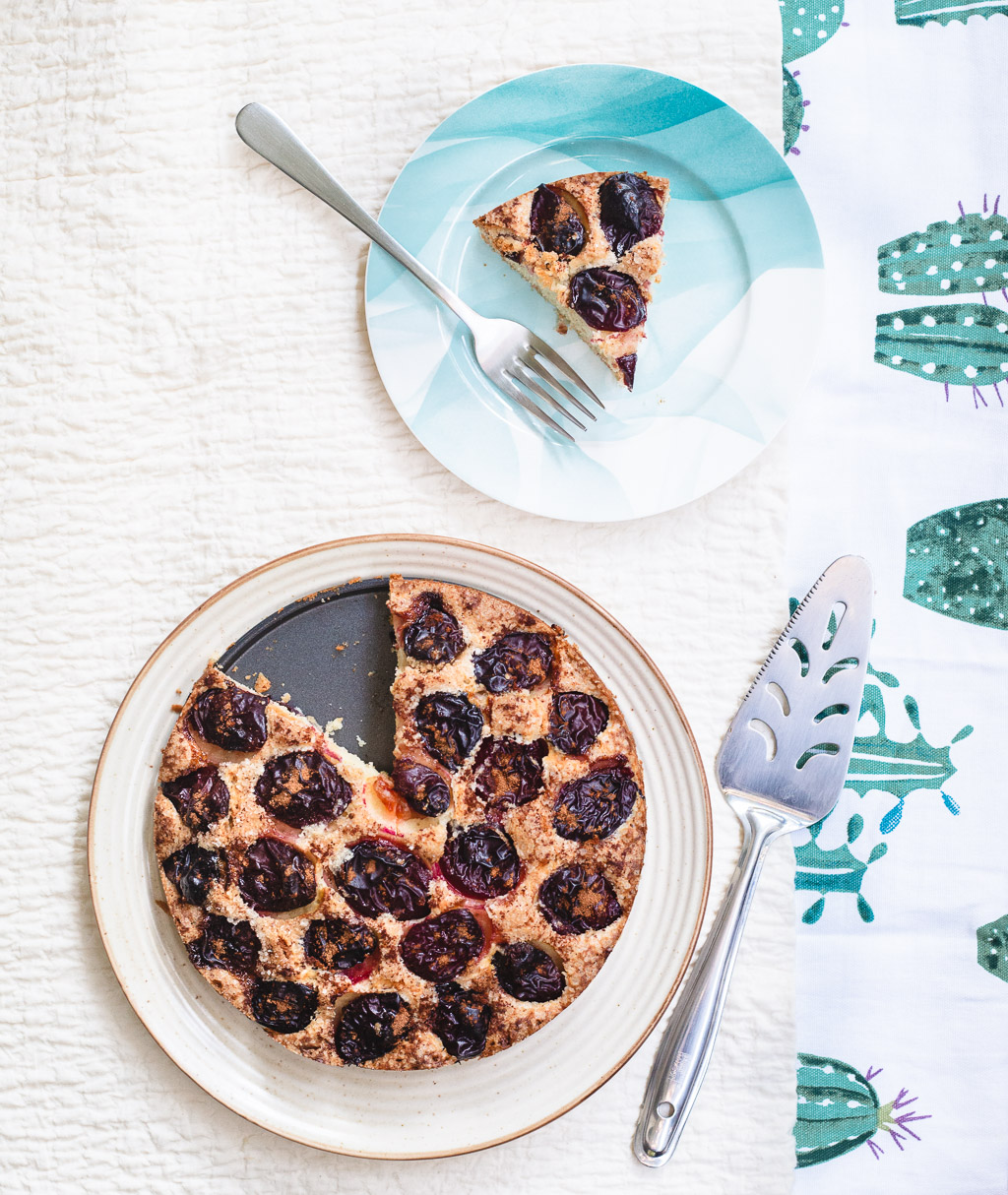 This is a plum torte. The plum torte. Not my claim (actually now mine also), but here’s the backstory to its considerable fame. This recipe was originally submitted to the New York Times by Marion Burros in 1983. Every year since then—due to popular demand—the paper re-published the recipe in September during plum season. Not for a year or two, but for seven consecutive years. When they finally decided to stop and I quote “put an end to the madness”, what they didn’t expect was a barrage of angry letters from readers demanding that they continue publishing it. The Times relented, but with a note urging readers to ‘cut it out, laminate it and save it’. To this date, this recipe, Marion Burros’s plum torte, has been the most requested recipe in the history of the newspaper. 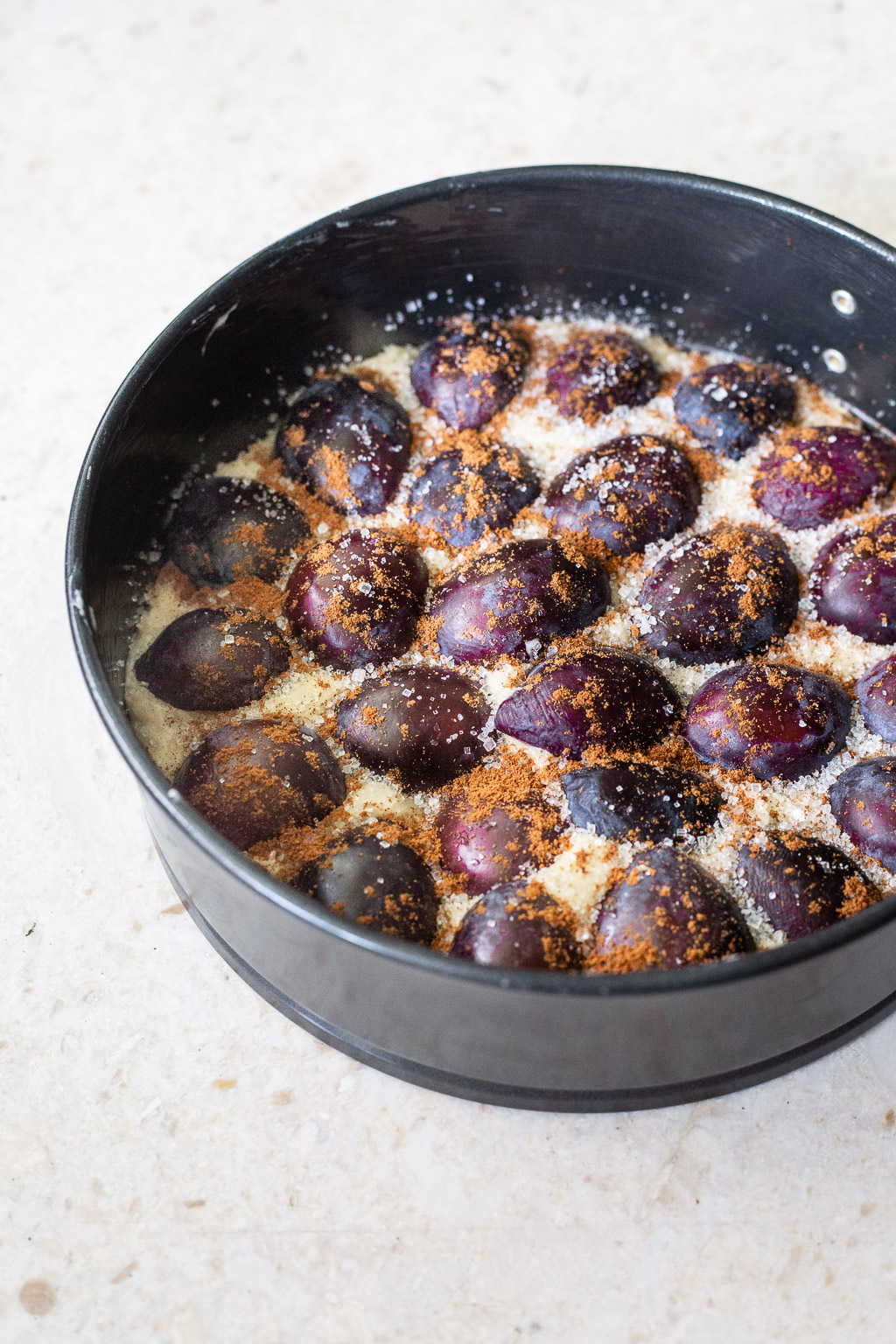 What’s amusing here is that this is just a regular cake batter with plums nestled on top. Not to say that it doesn’t live up to its hype—it totally does, but my point is that most recipes that get such rave reviews usually end up being this simple and straightforward. With so few ingredients (all pantry staples) and uncomplicated steps. I’d assume that that’s what makes it great (and accessible) in the first place.

There are plenty of variations of this recipe out there, some veganzied with egg and dairy substitutes and others using gluten-free flours. I’m a fan of almond flour in baking and wanted so badly to throw a handful in (didn’t have almonds; saving this variation for another day). I can’t say for sure without trying how it would change the texture of the torte, but if anyone’s inclined to try I would love to hear about it.

Marion Burros’s recipe uses Italian prune plums – the variety that gets dried to be made into prunes. I found some in my local store so I used those, but use any kind you can get a hold of. Prune plums tend to be sweeter than regular plums, but I rather like tartness of fruit against sweet cake, so again, I think any kind of plum would work here.

It’s a simple enough batter of butter, eggs, flour, raising agent and sugar. Halved plums go on top of the batter and get a good sprinkling of cinnamon and sugar on top before being baked. What makes this torte so divine though is what happens to the plums upon cooking. As the batter cooks and rises to the top, the fruit buckles around it, releasing their sticky juices in the process. A scoop of vanilla ice cream to serve with? I wouldn’t be against it. 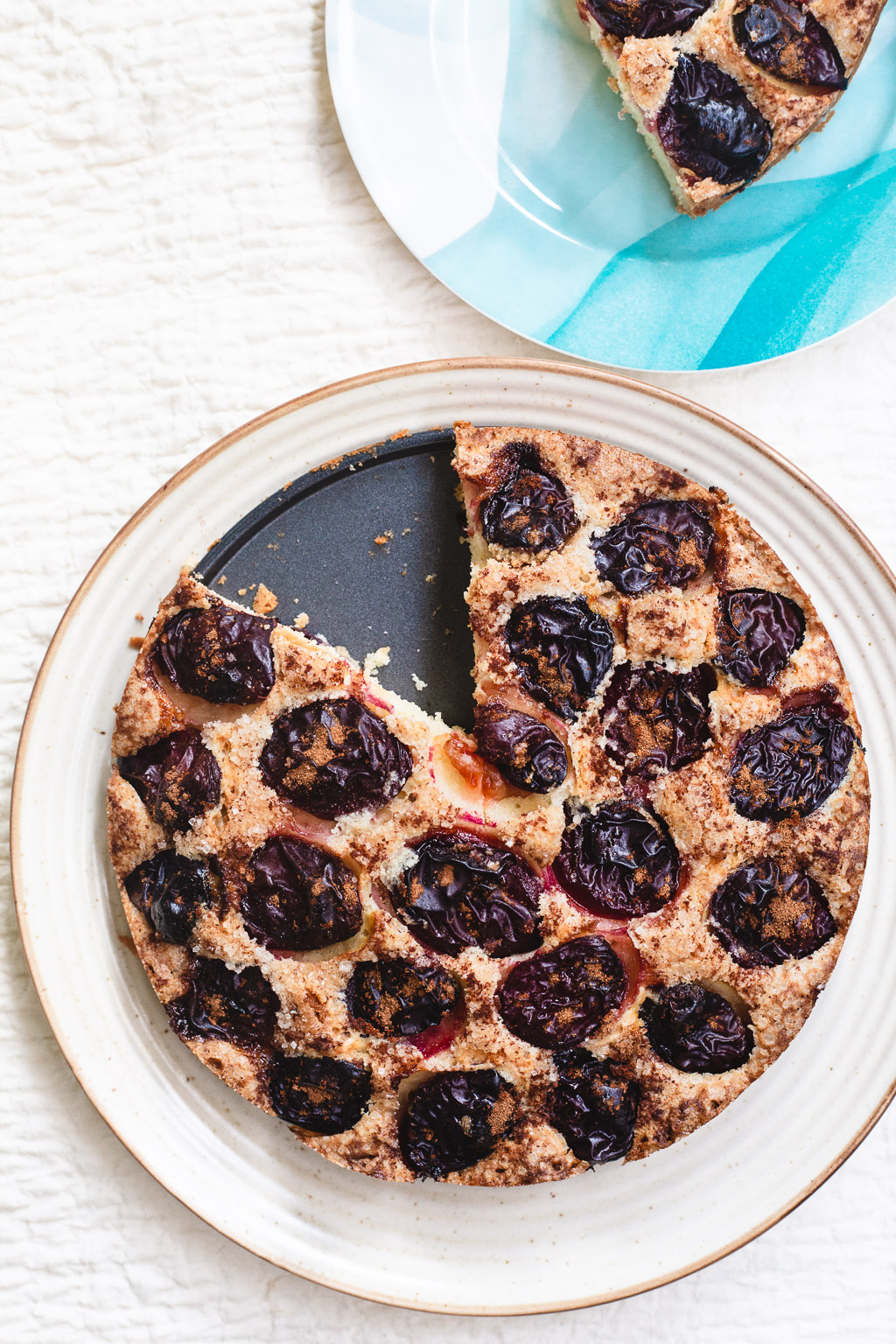 - Adapted from Smitten Kitchen - I’ve used Italian prune plums here. Substitute with any variety that you can find. - I reduced the amount of sugar from 1 cup to ¾ cup. This was perfect for me, but taste the batter before baking and add more if you prefer.
TAGS: Plums