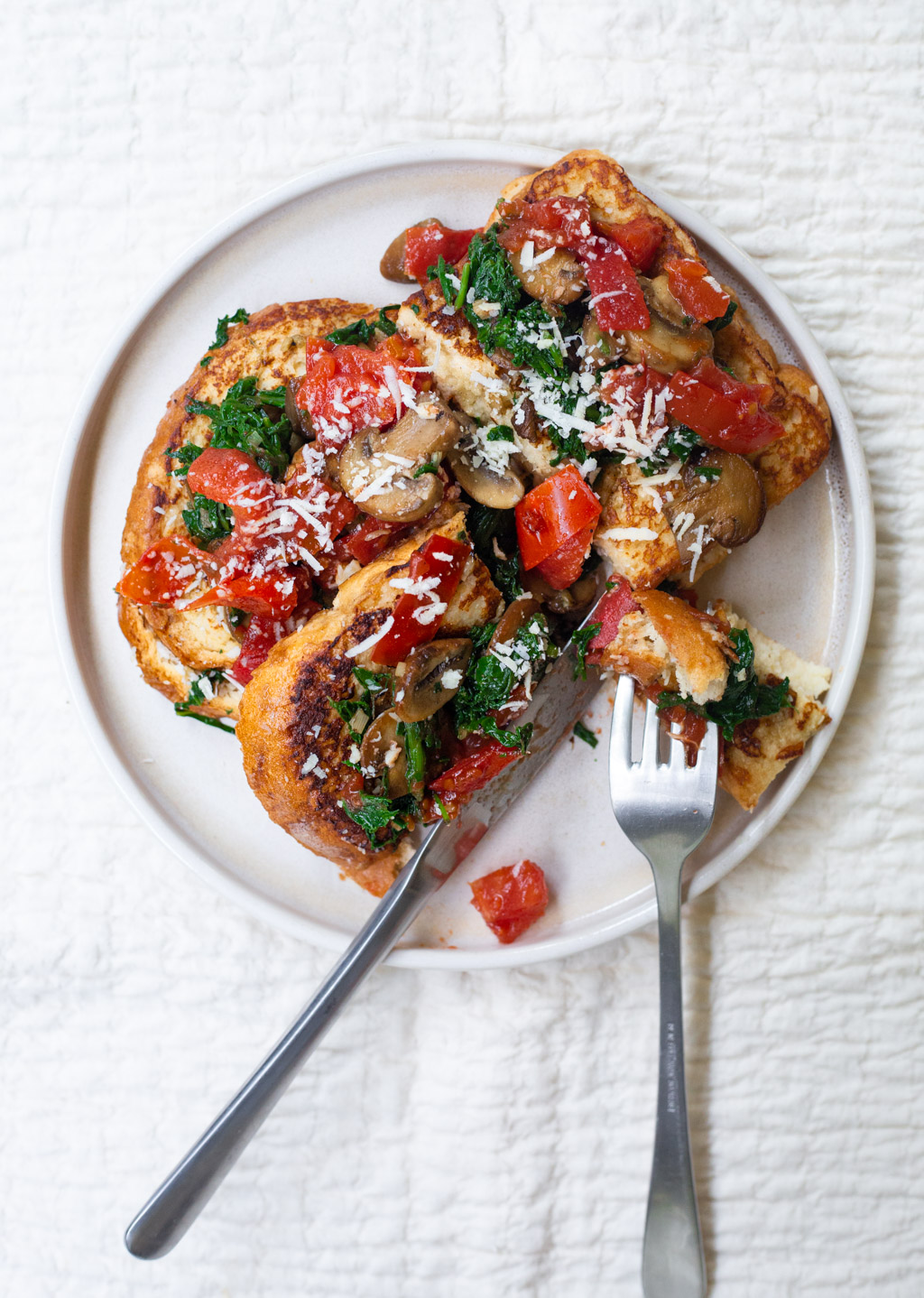 I’m back with *another* French toast recipe. No surprises there but it’s a savoury one this time! The title is a mouthful but there’s no other way to describe what this is: you sandwich melty cheese between two slices of bread, dip in a Dijon-spiked egg mixture and cook over a low flame for the cheese to become molten within. So, essentially making this a glorified cheese sandwich that’s been French toast-ed. Use any cheese of your liking (I went with Gruyère but also equally love a Mozzarella + Parmesan combo here). Whatever type you choose, just make sure to at least pick one that melts well. 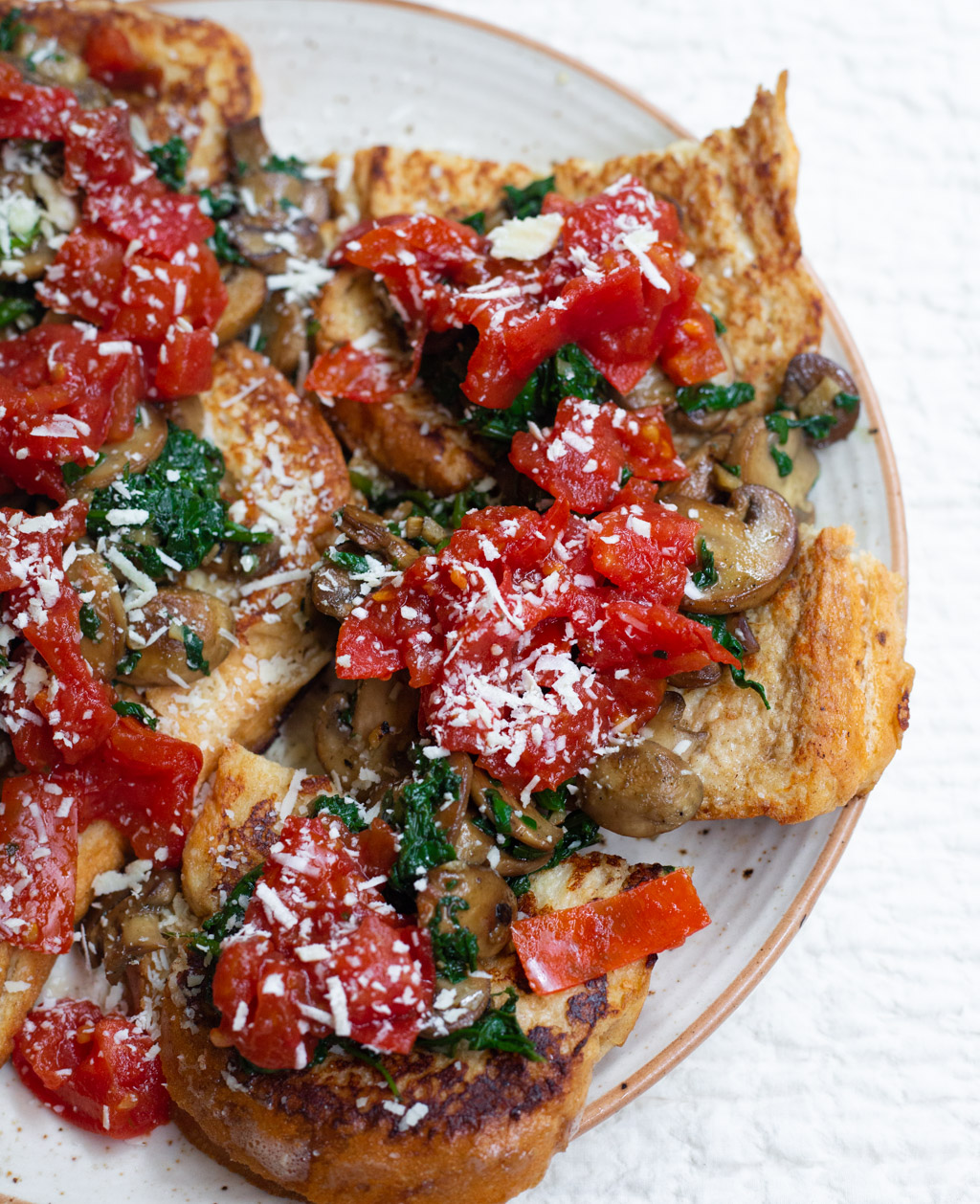 I could eat garlicky mushrooms and spinach on toast any day of the week, so I rolled with that idea. It’s simple enough to make but the key is to get those mushrooms really charred and coloured; that’s where the real flavour’s at.

A few tips to achieve this: start them off in a really hot pan with a knob of butter. AND DON’T TOUCH THEM. Don’t mean to caps lock you, but this is the very antithesis to browning mushrooms. Bring out the largest, widest pan you own so as to get maximum surface area for even browning. When you tip the mushrooms in, move them around just so there aren’t too many overlaps, and then leave them be to do their thing. Only when the undersides start to colour do you want to even think about tossing.

Most mushrooms have a very high moisture content and if you keep moving them about in the pan, they will start to leach out all that water and braise in their own liquid. Flabby shrooms? No fanks. They’ll shrivel up and cook, yes, but not char around the edges. We want that char. We always want that char. I’ve also found that it’s better to salt them after they’ve got some colour on them. Salt tends to draw out moisture from foods, which is not a good idea here since the intention is browning. (Will put down all the details in the recipe below.) 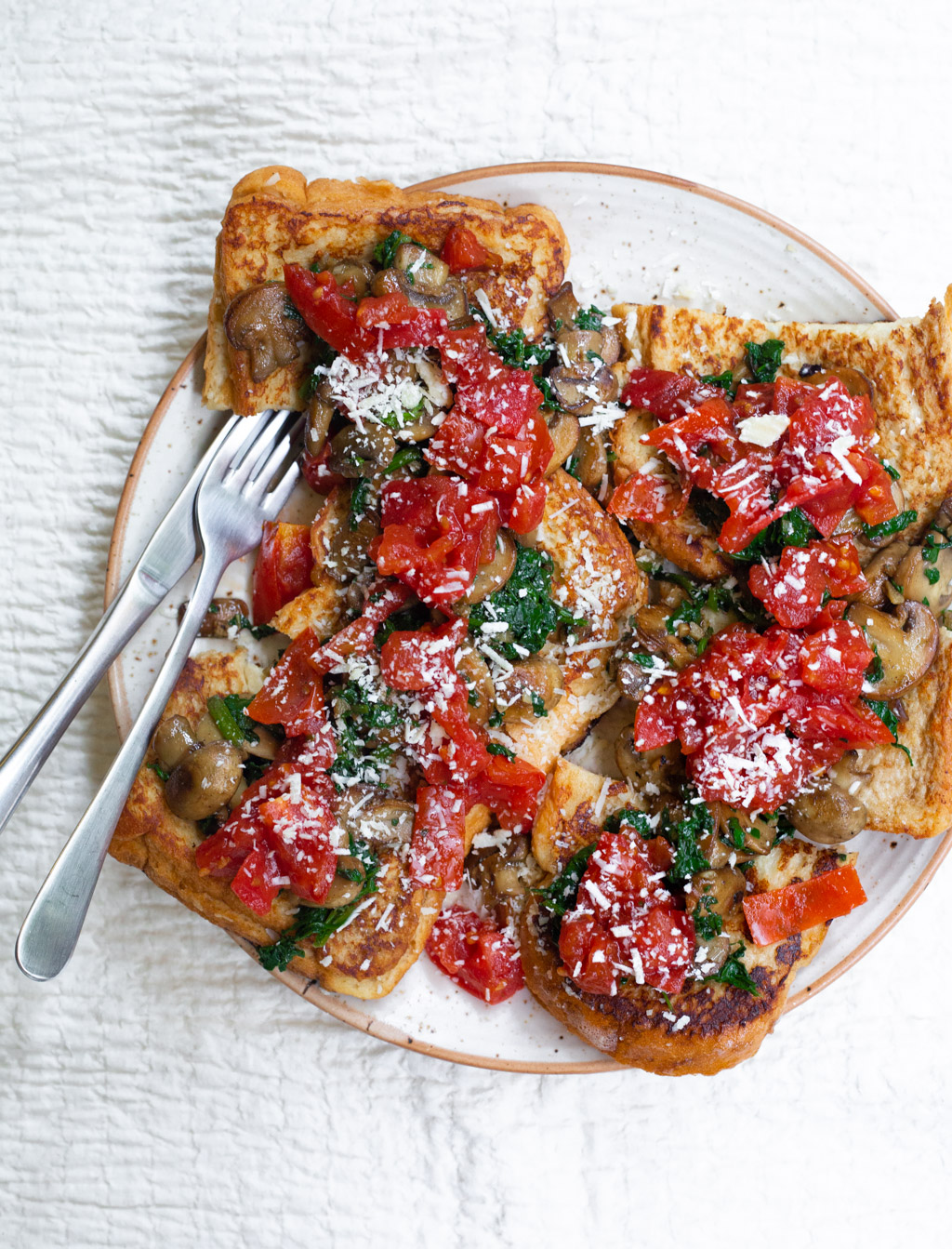 I added the tomato component for acidity and would highly recommend that you don’t leave it out. After you cook your mushrooms and spinach, use the same pan to soften some chopped tomatoes with a bit of salt. That’s literally it.

That tiny dollop of Dijon mustard in the egg mixture gives you another dimension of savouriness which works really well here. But I wouldn’t worry if I didn’t have any on hand. There’s enough flavour going around that it’s still going to taste good without it. Keep the egg mixture plain or add a dribble of Worcestershire sauce if you have some around.

Note: it’s completely fine if some of the cheese filling falls into the egg mixture whilst you’re flipping and dunking the sandwiches. The fallen cheese sticks to the outsides and makes the bread crispy when you fry them up. Gotta love these happy accidents where you’re rewarded for your lack of patience and dexterity. 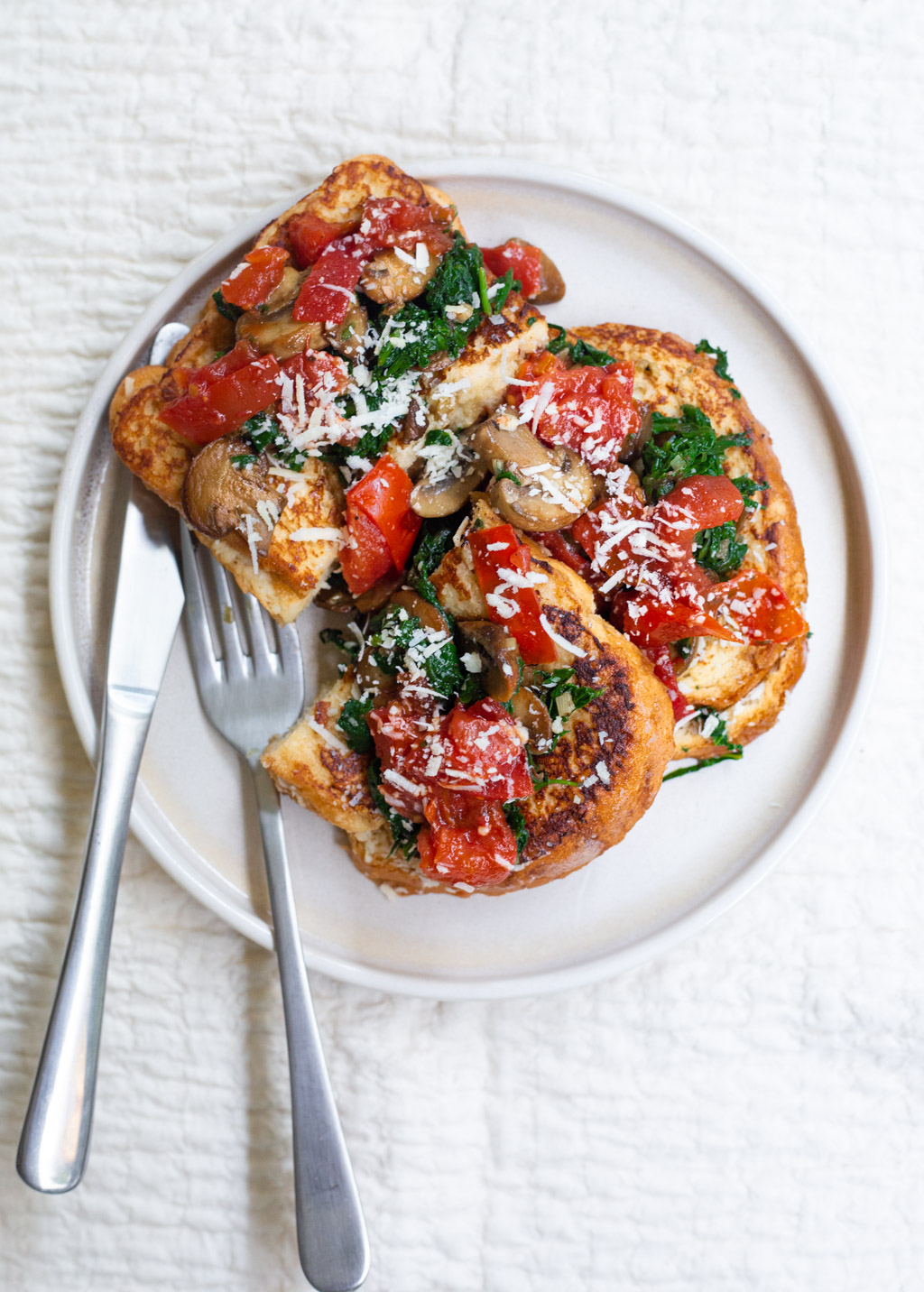 I used Gruyère, but any one kind of cheese or a combination would work here. Just make sure to get at least one that melts well. Leave out the Dijon mustard if you don’t have it. A few drops of Worcestershire sauce is a good alternative too. I used whole wheat bread. Use any bread you like/have on hand.
TAGS: French toast