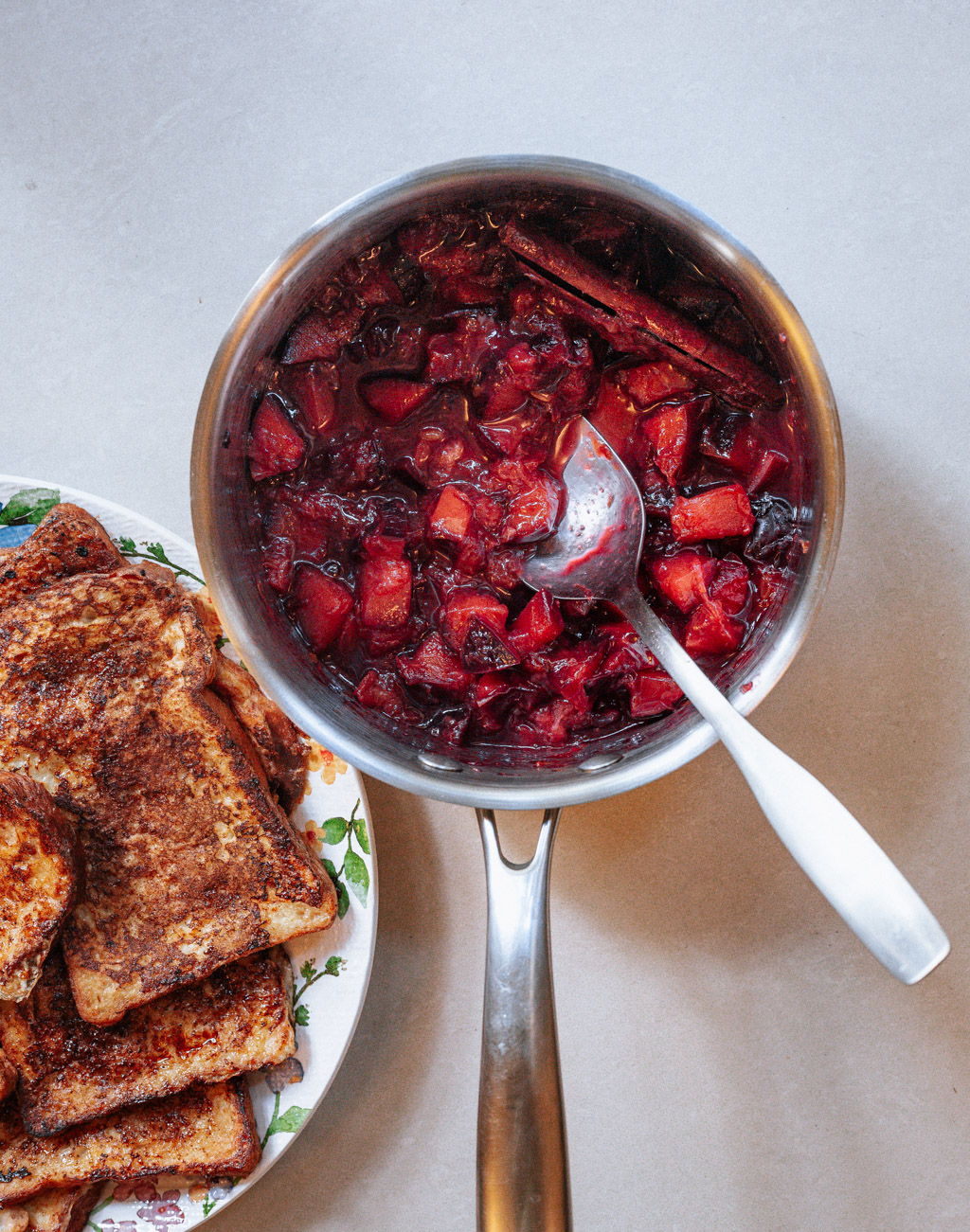 I’m not even going to try and justify the fact that I’m back with another French toast recipe. It means something when I push it five times, and then there’s this – this weekly occurrence. Not one bit sorry though, in fact so far from it that I’m seriously contemplating listing ‘French toast’ as a permanent tab on my website. High time I think.

This is similar to my doughnut French toast in that it has cinnamon and sugar, but it’s quite different in its application. The doughnut version is cooked like a regular French toast—dunked in milk and eggs and fried in butter—and then coated with cinnamon sugar whilst it’s still hot. Like a doughnut. This version however, starts out life as a regular French toast but after both sides are cooked in the pan, I sprinkle cinnamon sugar over the top and flip to caramelize the sugared side. So the cinnamon sugar is cooked and caramelized in the pan; not just dusted over the top. Low and slow is key here to make sure the sugar doesn’t burn. The result, oh the glorious result – the bread crisps in spots and also stays moist within. The happiest medium.

The macerated compote couldn’t be simpler but you need to plan this in advance. The process is nothing more than tossing together plums, cinnamon, sugar, orange juice and zest and letting it sit in the fridge overnight. 12 hours is ideal but try to get at least 4 if you’re hard-pressed for time. The maceration process breaks down the natural sugars in the fruit giving you the most flavourful compote later.

Note: I used brioche in this recipe but use any bread you want or have. Crustier breads like sourdough will soak up more of the milk-egg dunking mixture. To make more, use 1 egg for every ⅓ cup milk. 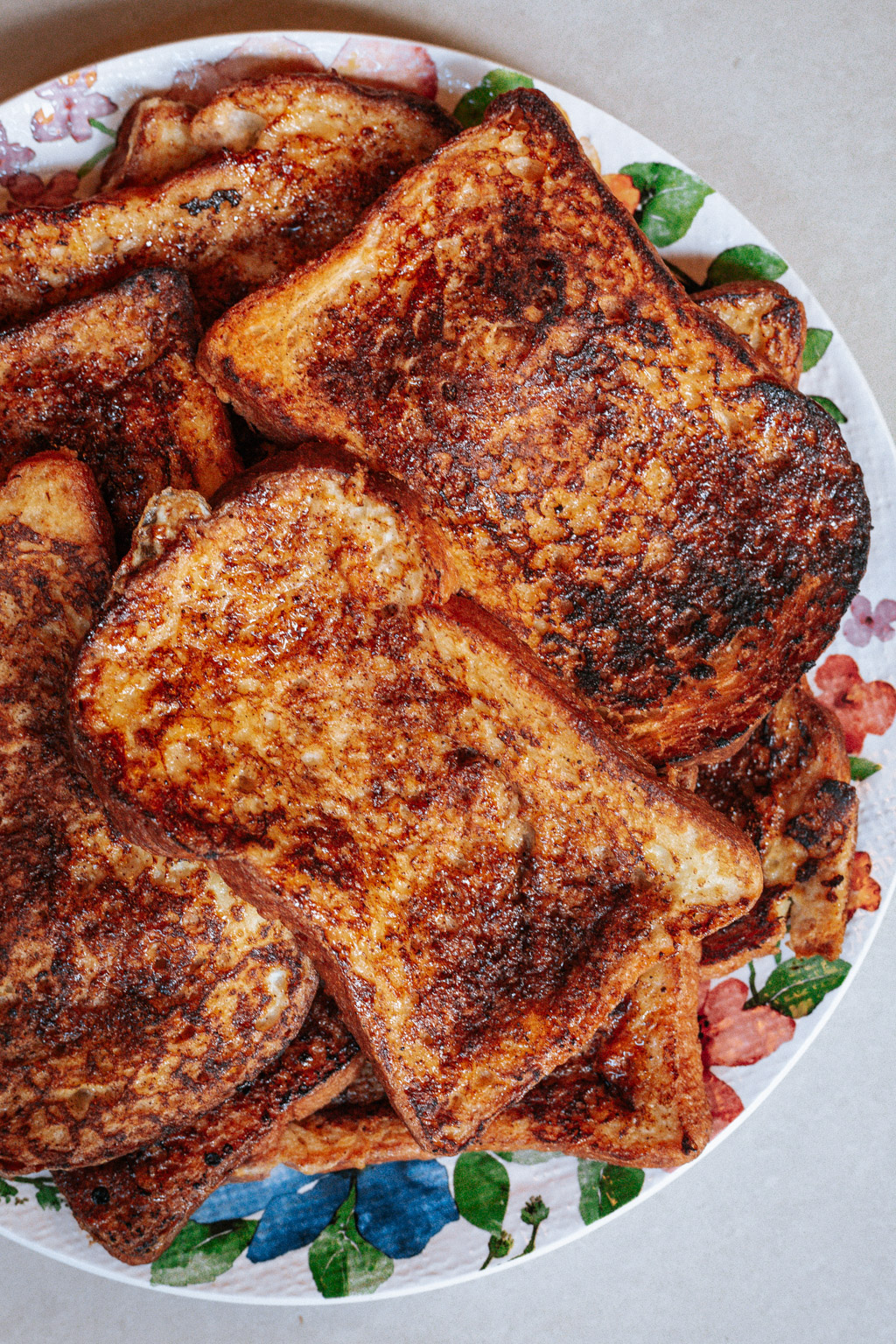 I used brioche in this recipe but use any bread you want or have. Crustier breads like sourdough will soak up more of the milk-egg dunking mixture. To make more, use 1 egg for every ⅓ cup milk. If your plums are sour, you may need to add more sugar to the compote.
TAGS: French toast,Plums