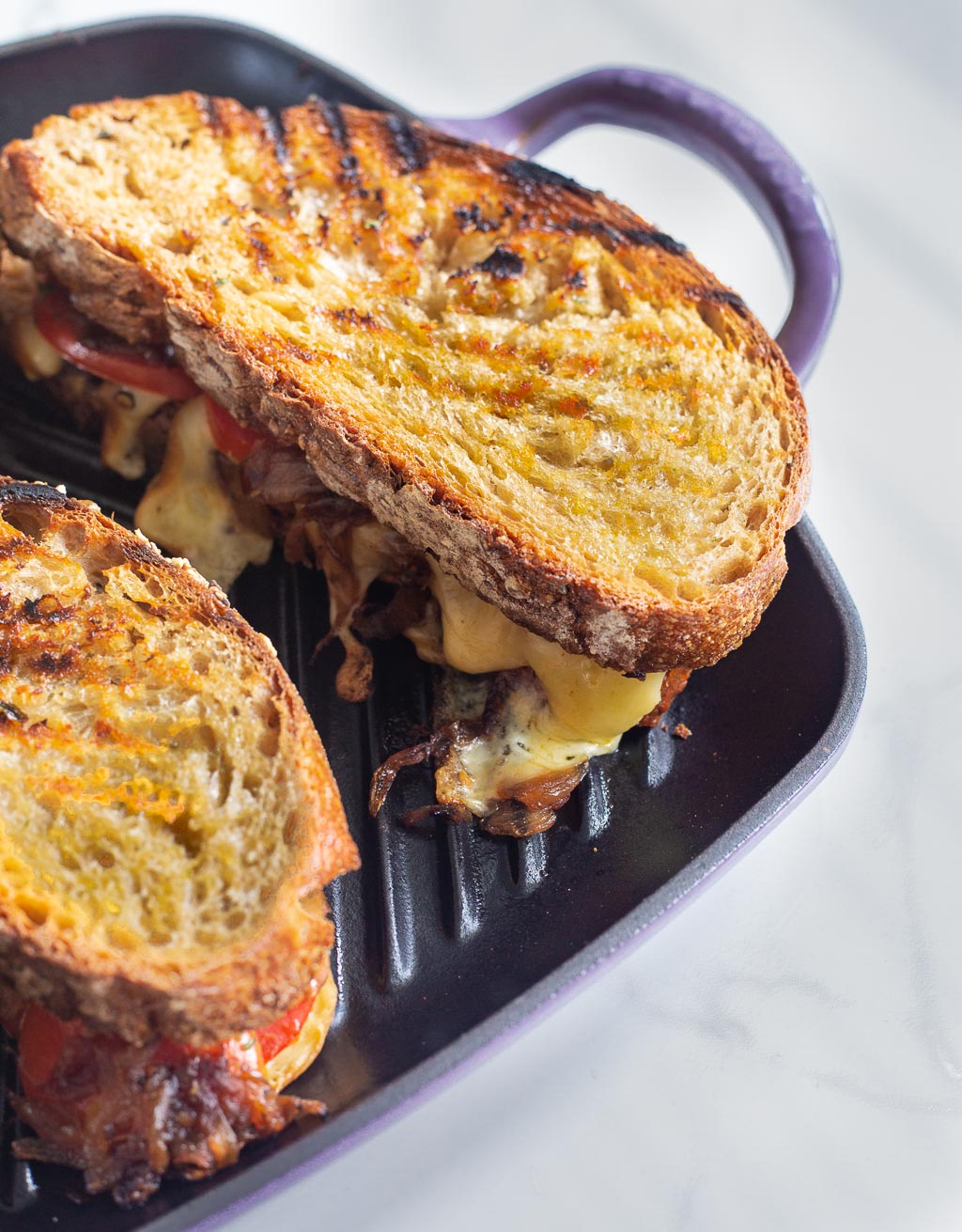 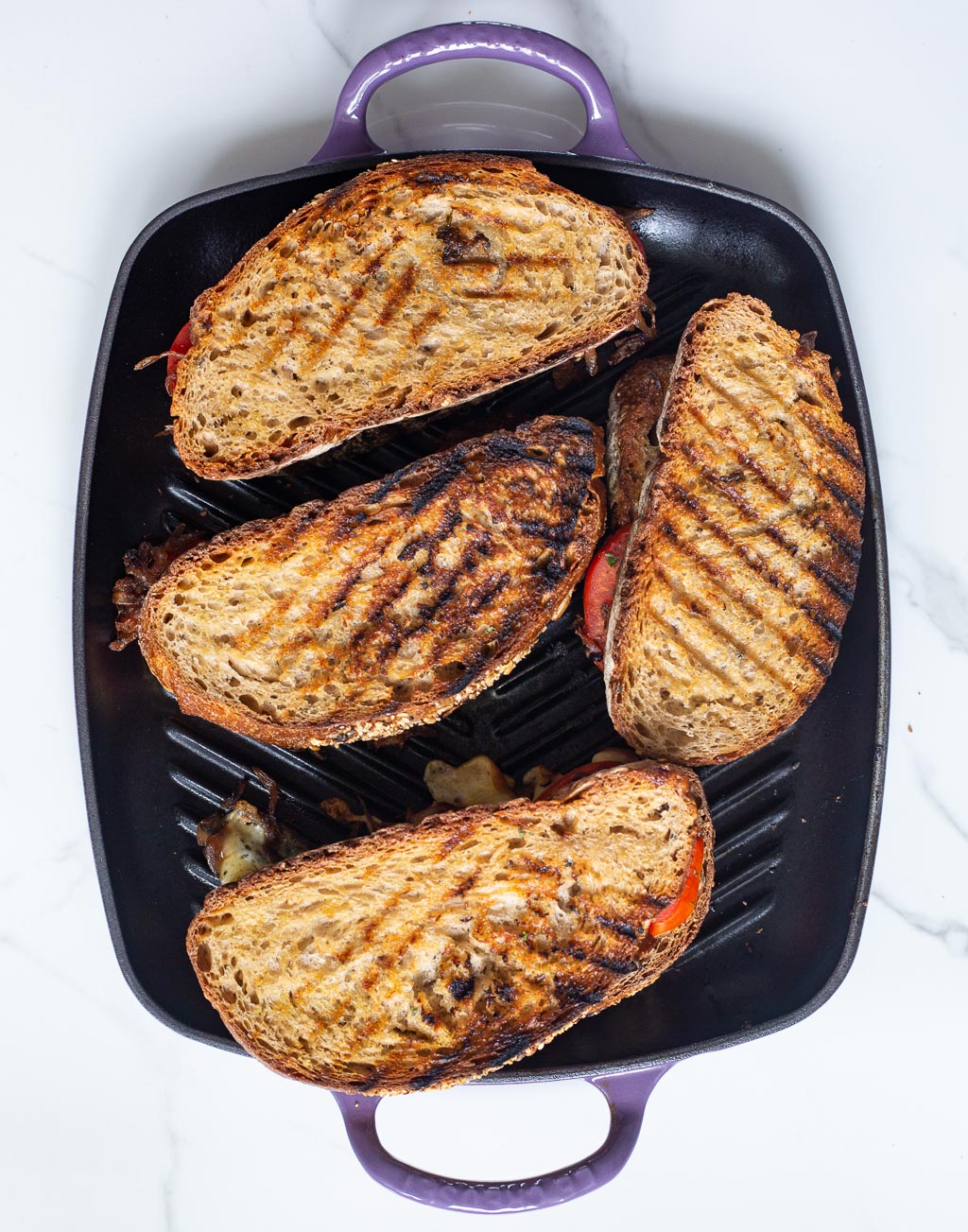 Caramelized onions are made to sound way harder to make than they actually are. Sure, they take a bit of time to cook down and become jammy, but other than the occasional stirring, there’s really not much effort that goes into it.

A few key things to remember and you’re good to go – start by getting out your largest, widest pan. The more the surface area, the quicker they will brown. Spread them out evenly in the pan and let cook, stirring occasionally. As soon as the onions start sticking to the pan, let them stay and brown, but stir before they burn. The trick is to leave them undisturbed long enough to brown (if you stir them too often, they’ll take a LOT longer). Go by eye. They are done when that massive heap you started out with has wilted down to almost a third.

Sour dough works best here but any bread you have to hand will do. Once you heap on the fillings, make sure to press down the sandwich with something heavy – a mortar/saucepan/a foil covered brick if you’re Nigella, anything goes. This gets you maximum browning on the underside and also ensures that very desirable cheese pull. 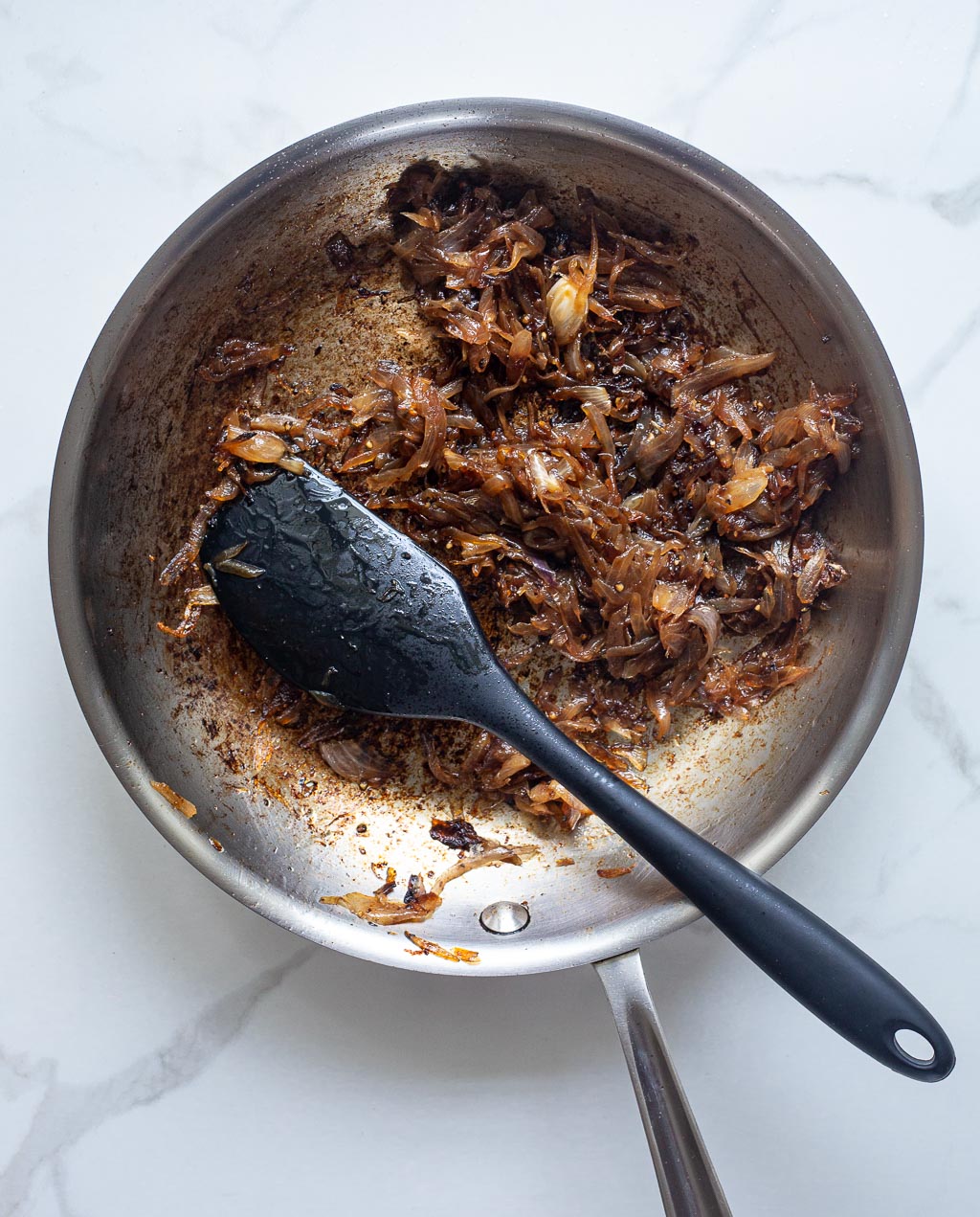 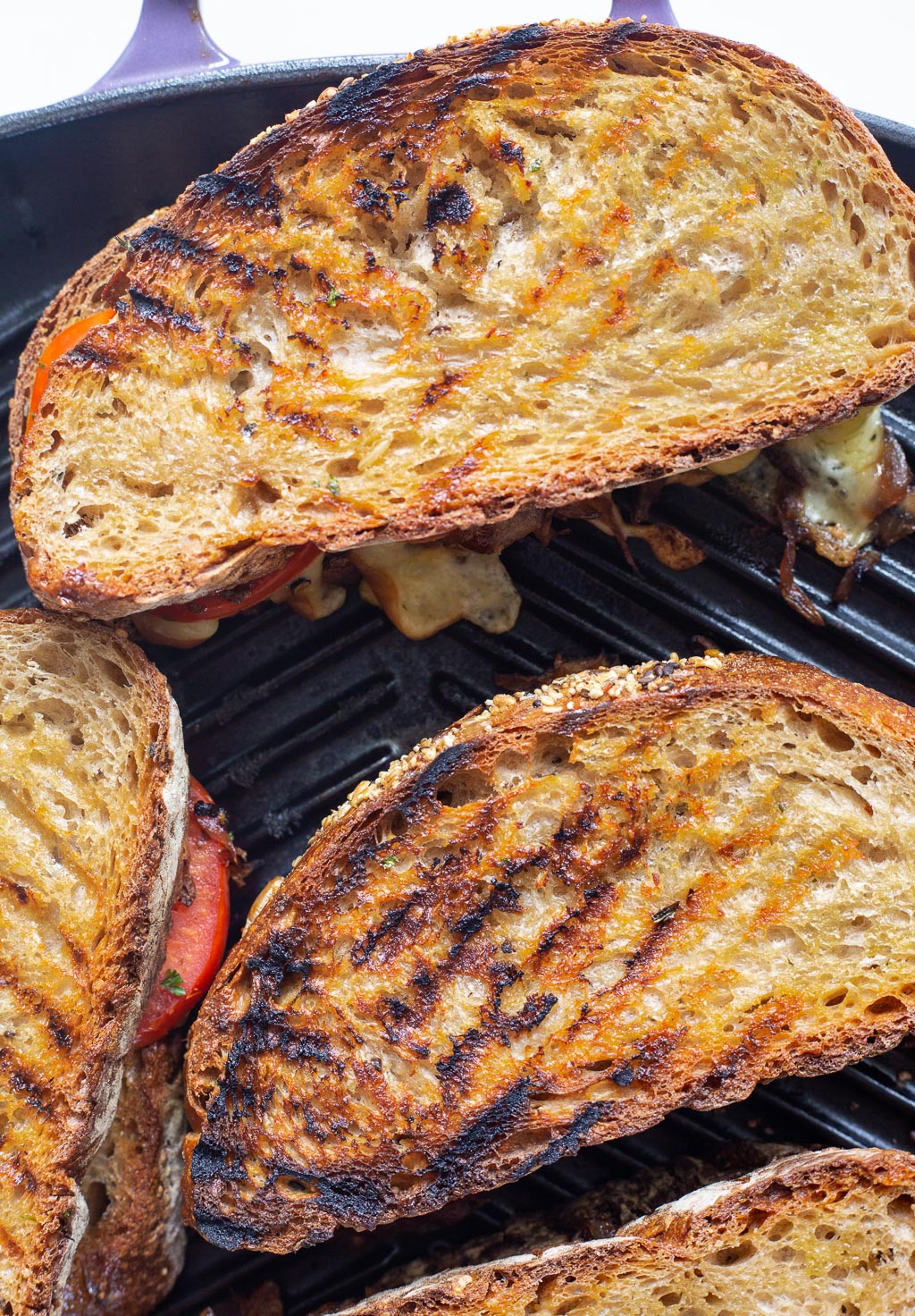 Use a griddle pan if you have one. If you have access to smoked mozzarella, definitely use that here. The caramelized onions can be made up to a few days in advance and kept refrigerated.
TAGS: Cheese,Mozzarella,sour dough,Tomato