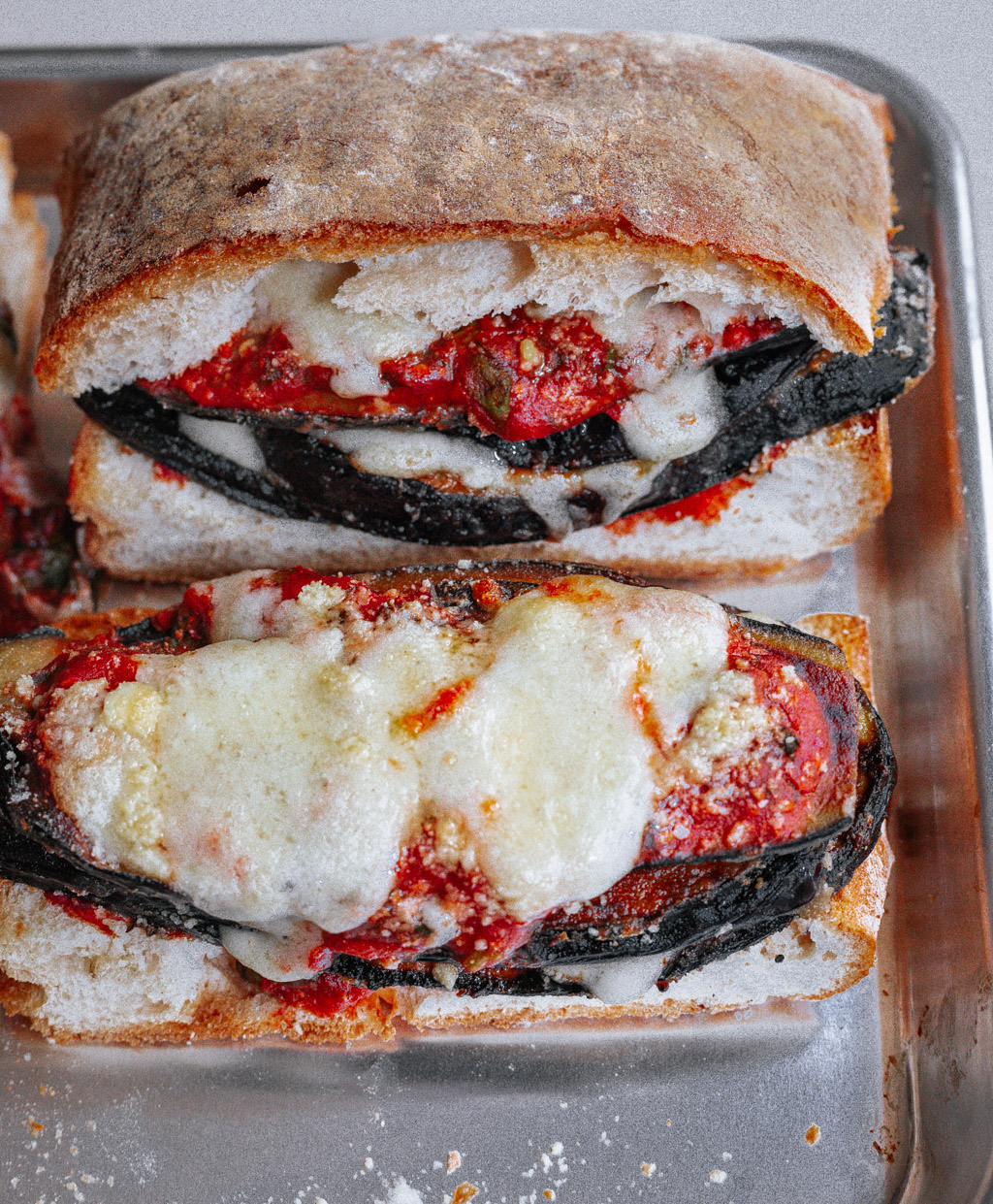 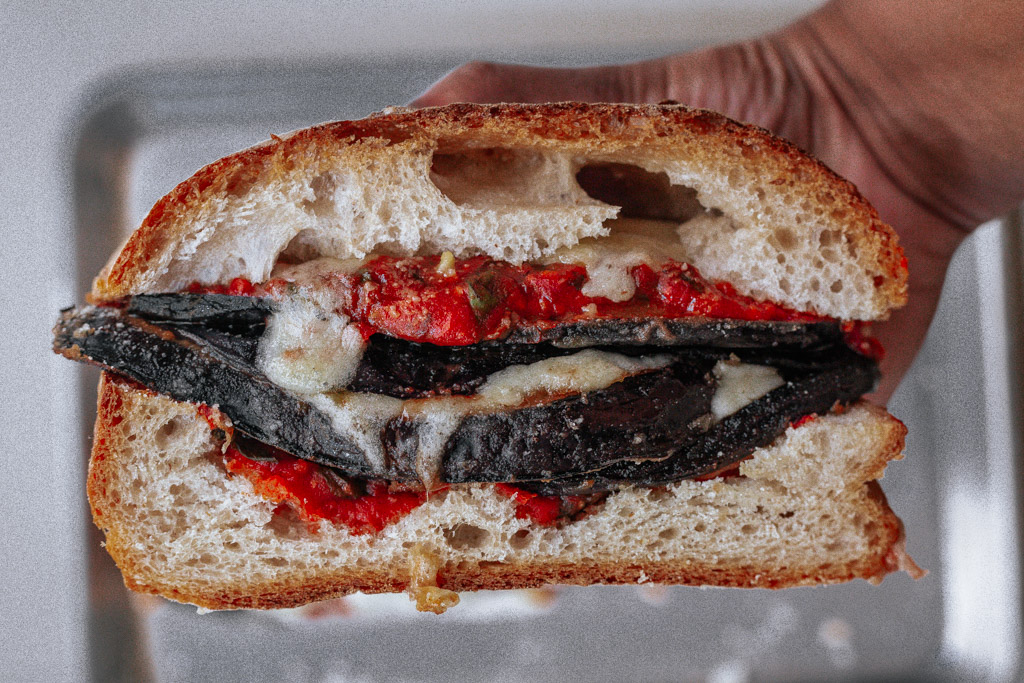 This recipe is long overdue, especially considering the sheer number of times I’ve made it over the last couple weeks. I saw it on the MOB kitchen website and knew I had to try it. Some recipes are like that – I’ll see it and I know we’ll love it. This was one such. Not to mention the fact that I’ll try anything with aubergines, cheese and tomatoes. That combined with the idea of taking your typical aubergine parmigiana and converting it into a sub? I AM IN.

A note on the bread: the pictures here are from the time I made these with ciabatta, but I’m happy to report that they work just as wonderfully over thick slices of sourdough. Basically, any crusty bread is good here; a regular sandwich loaf would get too soggy. Based on how thick you like your sandwiches and how chunky your bread is, you could also go the route of an open-face sandwich – in which case you’ll leave off the top slice. I also sometimes scoop out the insides of the base of the ciabatta to reduce the amount of bread. To get the right ratio of bread to filling. You may want to do this too. 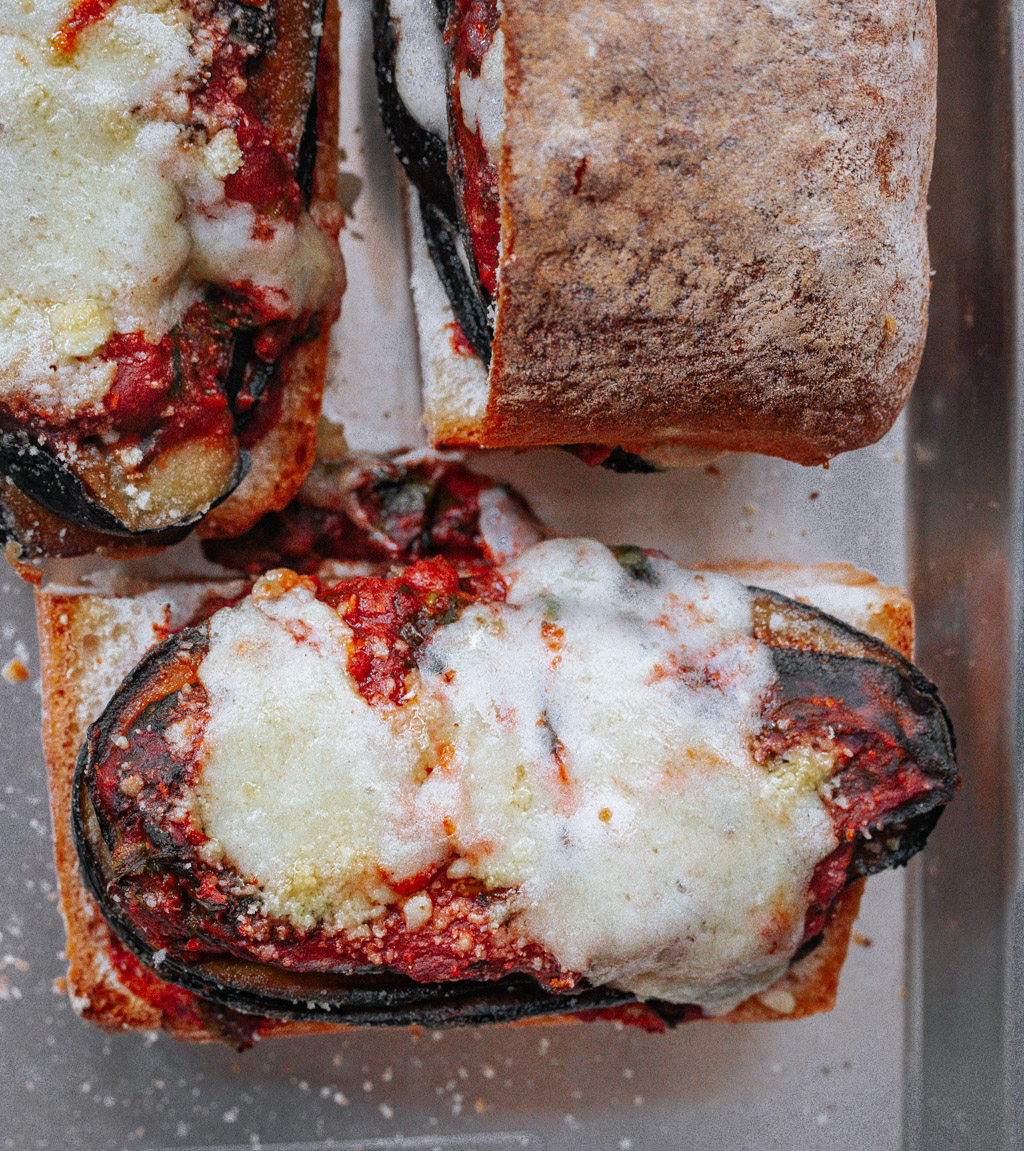 The aubergines are first sliced and salted, and left to sit for 30 mins. This is a crucial step to draw out the excess moisture from them. (We want them to brown nicely in the pan and this excess moisture will get in the way of that.) Wring them before dredging in flour. The tomato sauce is pretty standard – onions, garlic, tomatoes, lots of basil, and seasoned with chilli flakes and oregano. Keep the sauce slightly thicker to make eating the sub more manageable. Either way not wearing a pastel linen shirt like I did is a splendid idea. 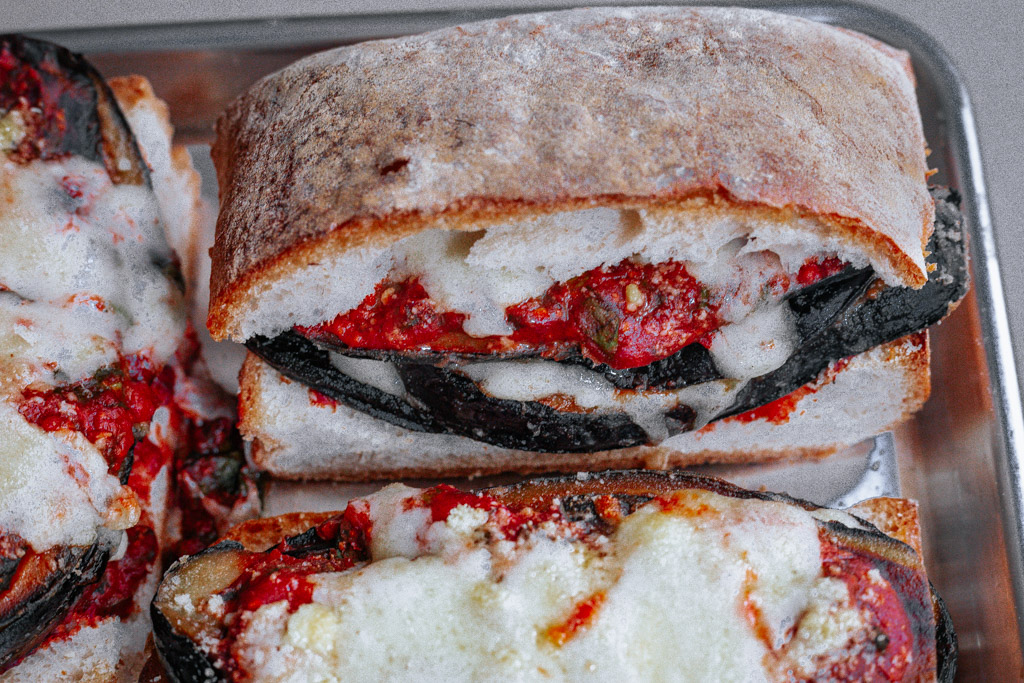 Very slightly adapted from MOB Kitchen. To reduce the amount of bread and get the right ratio of bread to filling, I sometimes scoop out the insides of the base of the ciabatta. You may want to do this too.
TAGS: Aubergine,Bread,Cheese,Italian,Tomato