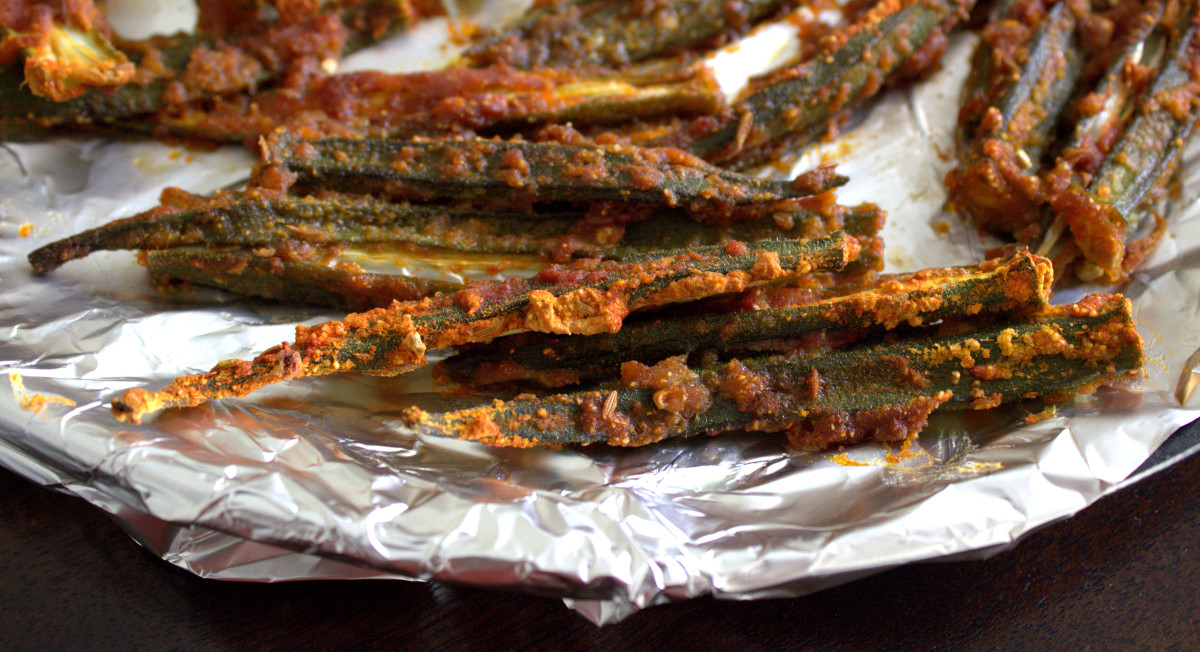 Every so often I come across recipes that boast baked versions tasting better than their originally deep-fried counterparts. Either I haven’t been making them right, or my love for deep-fried food is so great that nothing stands up to it. I’d rather eat it occasionally in its ‘unhealthy’ form than compensate for a dish that’s ‘almost there’ and be able to eat it everyday. All in or nothing, really.

Having said that though, sometimes, just sometimes, you come across something that just works. The transition from fried to baked that we’ve been trying to follow has taken me down lots of different paths, some enjoyable, many not so much. Like these Cajun sweet potato fries? So good. 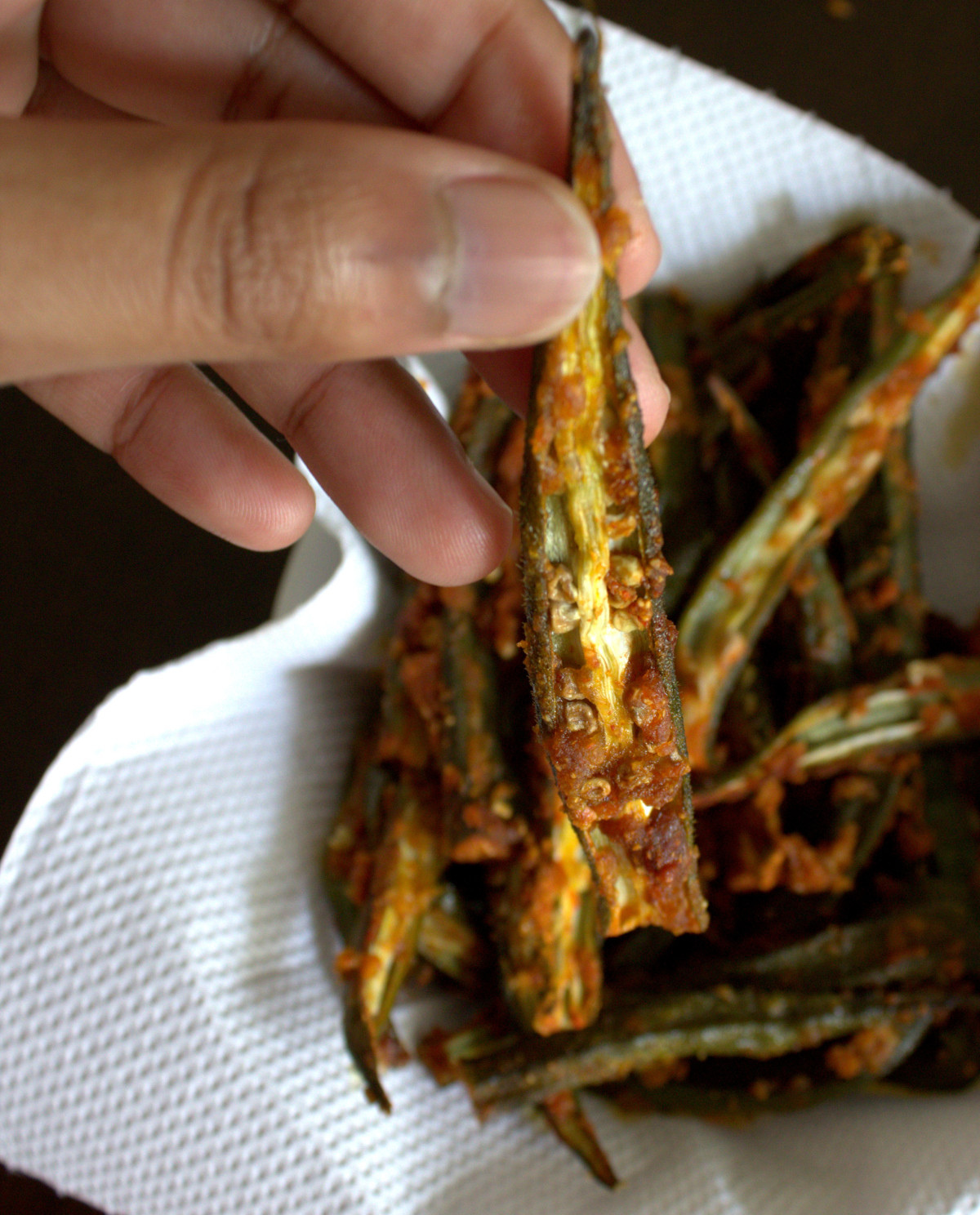 I love okra. I’ve been making this dish in its deep-fried form ever since I got my mom’s recipe for it a few months ago. I use exactly the same ingredients for frying, only you’ll need more oil obviously. This version I’m very pleased to say, is ninety-five percent as good as fried, and that’s saying something, right? 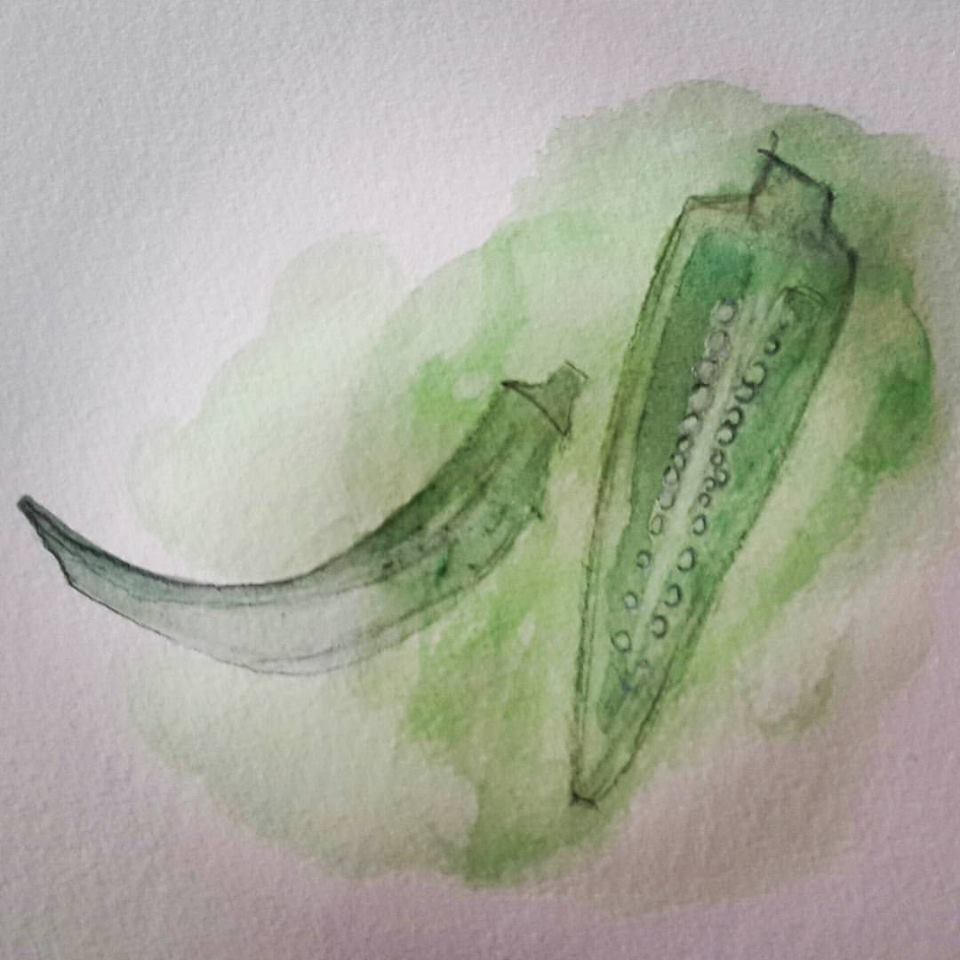