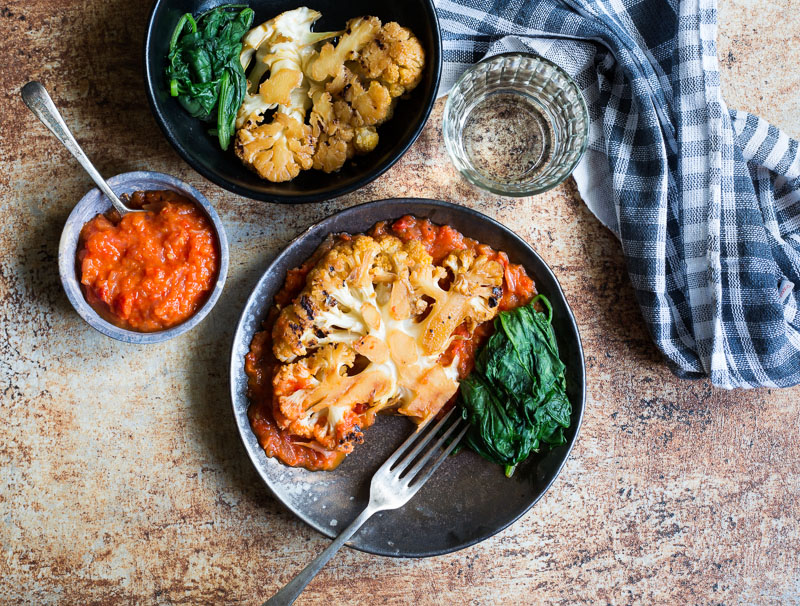 Fancy perking up your weeknight dinner? These cauliflower steaks just might be your answer. Substituting grains and meats for cauliflower seems to be all the rage right now, so I had to try my hand at it. You treat it exactly the way you would a piece of meat—say beef or chicken—seared on a hot griddle pan and then finished off in the oven.

The first time I made these I cooked the cauliflower steaks entirely on the pan (covering and cooking with stock until tender). Only problem with this method is that there is a chance of it overcooking and falling apart (speaking from experience). Cooking the steaks in the oven is a more reliable method to get them perfectly al-dente and this is what I would recommend here; it’s foolproof and also saves you the trouble of hovering over the pan constantly.

The roasted pepper sauce sits well in the refrigerator for a couple of days, meaning: make a bigger batch than you would need and you can rustle this dinner up in less than fifteen minutes! It’s also glorious tossed with pasta (with a dash of milk or cream), or as a dipping sauce with crudités, meats or toasted bread. So again, make a huge batch. 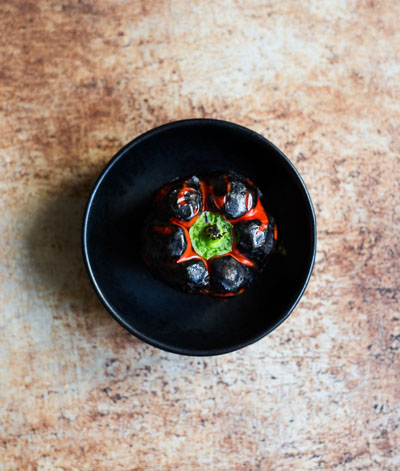 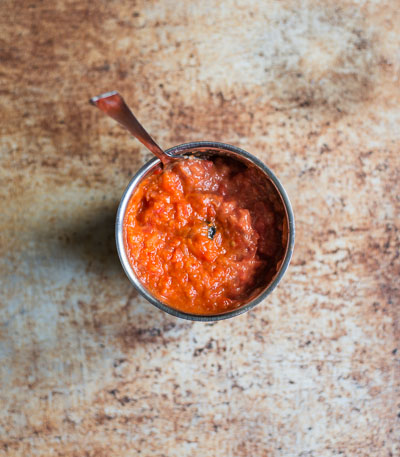 If you’re like me and live with a vegetarian in the house—or happen to be one yourself—this dish makes for a really hearty meal in itself. I know, when I came across the concept I thought it to be a little pretentious (fake steaks, pfft), and even made a salad on the side thinking it wouldn’t be enough for a main meal. Who knew cauliflower could be so meaty and substantial! However, I must point out here that most recipes I looked up used a whole head of cauliflower to serve four people. This makes sense to me only if this dish forms a part of a three-course meal or if the people in question don’t have as voracious an appetite as I do. As a general rule, I always make more quantity than what a recipe instructs. I’m glad I followed that principle here because I think we ended up eating the whole head of cauliflower between the two of us, bits and all. 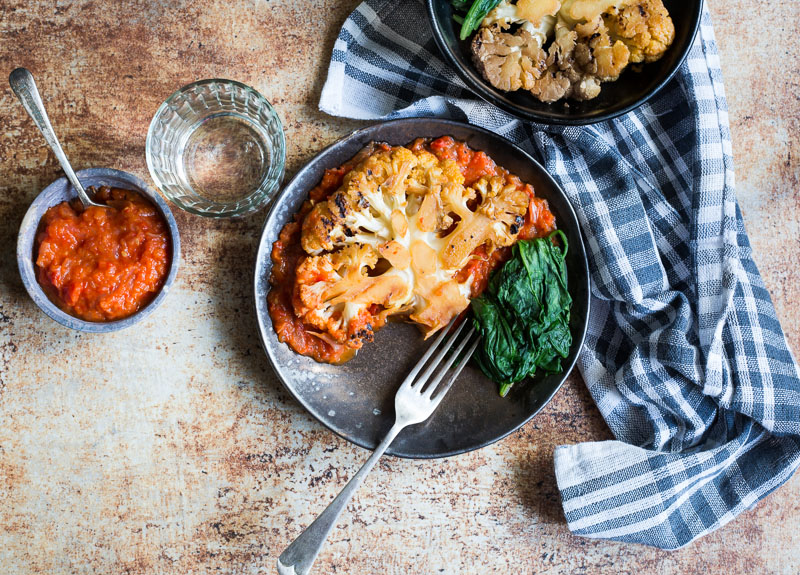