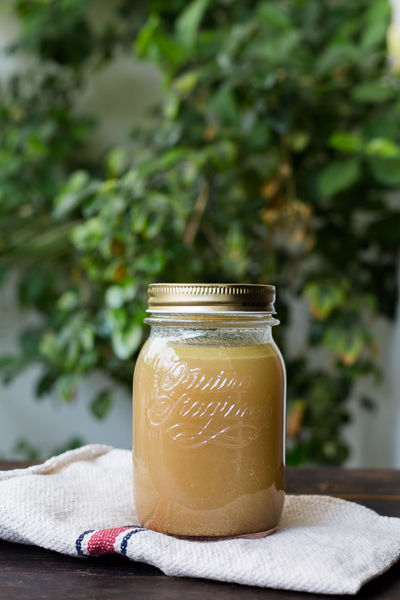 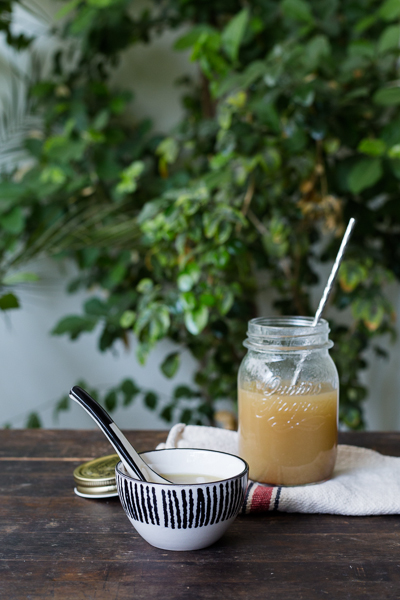 I’ve always used the terms stock and broth interchangeably. It was only recently that I learned that while they both have some overlapping similarities and fall under the same premise of using meat, bones (or both), and water, herein lie their differences: stock is typically made with bones and contains a very small amount, or sometimes no meat at all. It is simmered with vegetables over a long period of time (upwards of three hours) for the bones to release the gelatin present in them. Broth on the other hand, is typically made using meat as its main component but oftentimes combined with bones for added flavour (like cooking a full chicken on the bone). It is cooked for a shorter period of time (less than an hour), because of which it is usually less potent than stock.

We have stock and broth covered, but what about bone broth? The bones in question are first roasted in the oven before simmering, to release extra flavour. Typically no vegetables are added and it is cooked over a long period of time to extract the minerals and proteins from the bones. Now that we’ve gotten the etymology of these terms out of the way, let’s get down to the most important part. The flavour. 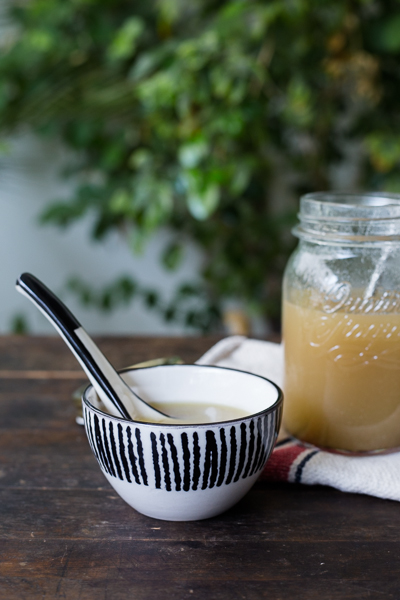 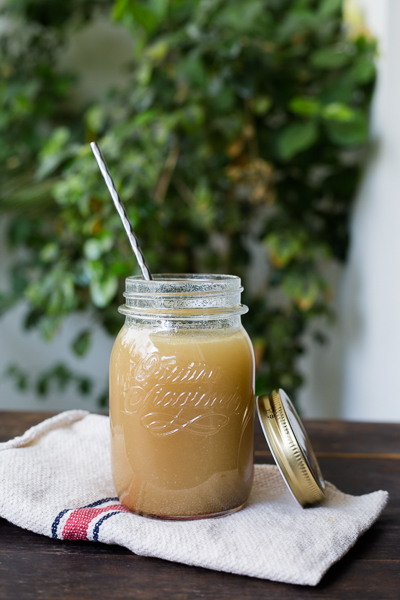 Broth is a staple in our house and I often make big batches and stash it in the freezer for a speedy ‘snack’ or for when I’m sick or lazy to cook. I’ve been following this very same basic recipe—with the additional flavourings of garlic, onion, cumin and pepper all sautéed off in ghee—for years. It’s a great recipe and I haven’t felt the need to change or tinker with it. I would fry off the meat and bones in the pressure cooker until they colour and caramelize around the edges, almost catch and char, but I never once thought to roast them in the oven. It’s a complete game changer. Broth, stock, bone broth, bone stock – call it what you want to call it, but please just roast them bones before you put them in. It’s all I ask.

You will notice that the fats rise and form a layer on top when refrigerated. This is completely normal. Just stir through and reheat.