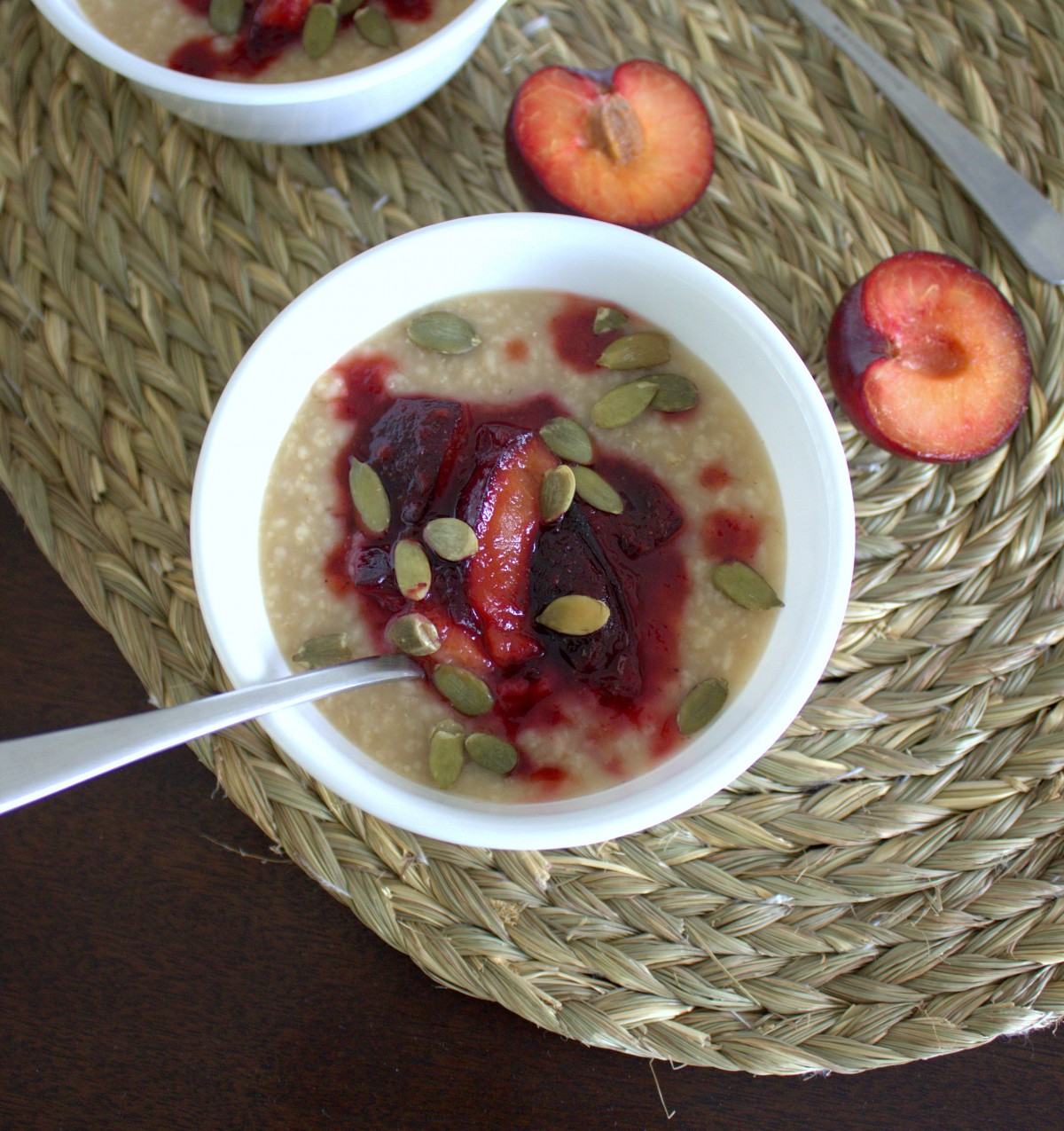 Stewing fruit. Let’s talk about it for a second. Plums as we know it are either too hard and unyielding even upon ripening (probably another reason why it’s called a stone-fruit), or way too sour to sink your teeth into without masking it with diabetic amounts of sugar. Stewing them however, addresses both these dilemmas—it brings out the natural sweetness of the fruit while also making it tender enough to eat. 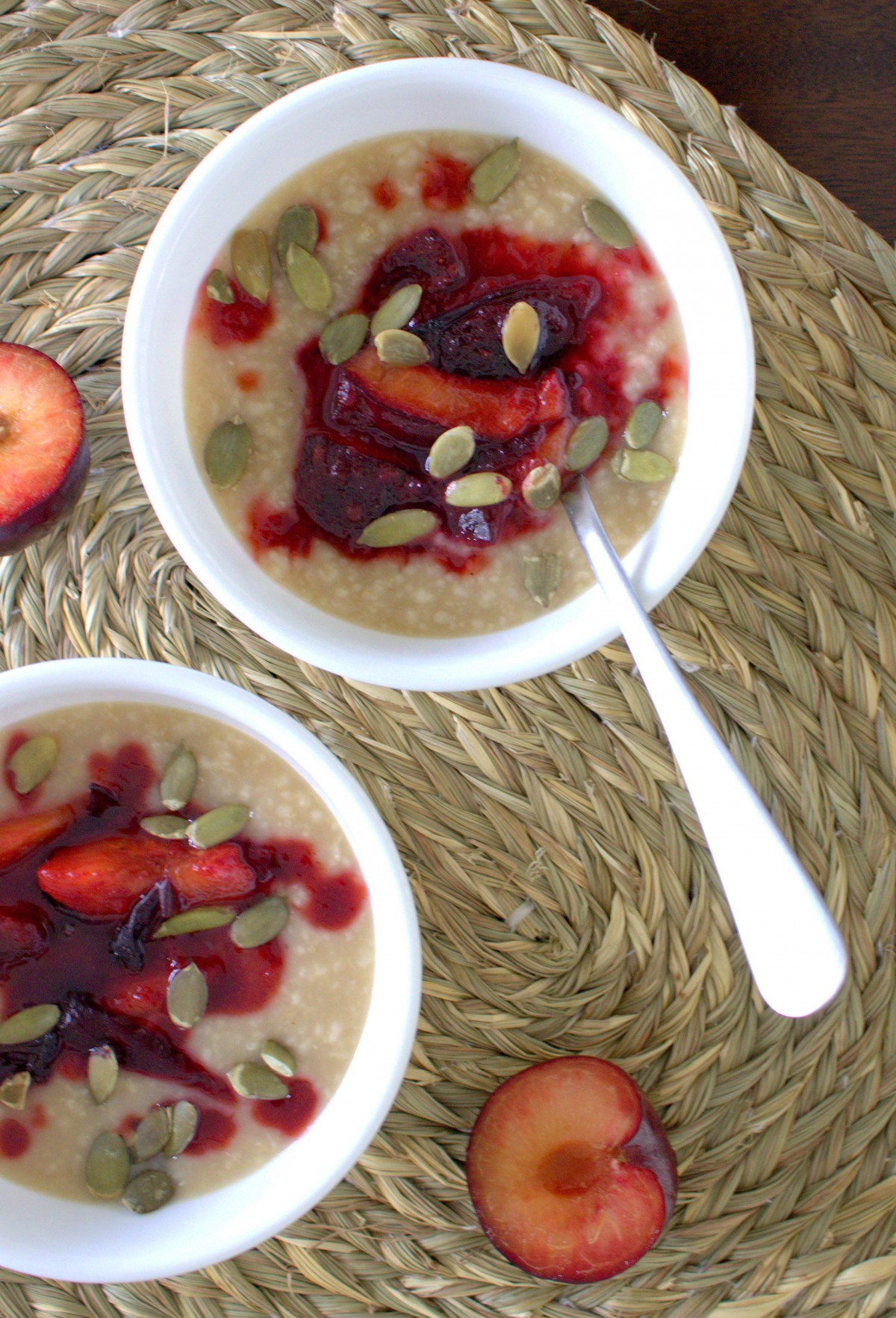 I love the flavour and nuttiness that cane sugar brings to this dish, but feel free to substitute it with white/brown/demerara or even honey if you’re feeling extra virtuous. As a rule, oatmeal is very versatile. Don’t do dairy? Use soy milk/just water in your oats. Nut allergy? Leave them out entirely or sprinkle on sesame or sunflower seeds. Pear/apple + cinnamon, apricots, berries, the list is endless. Better yet, try your own combinations – these things need not be set in stone you know (ha). 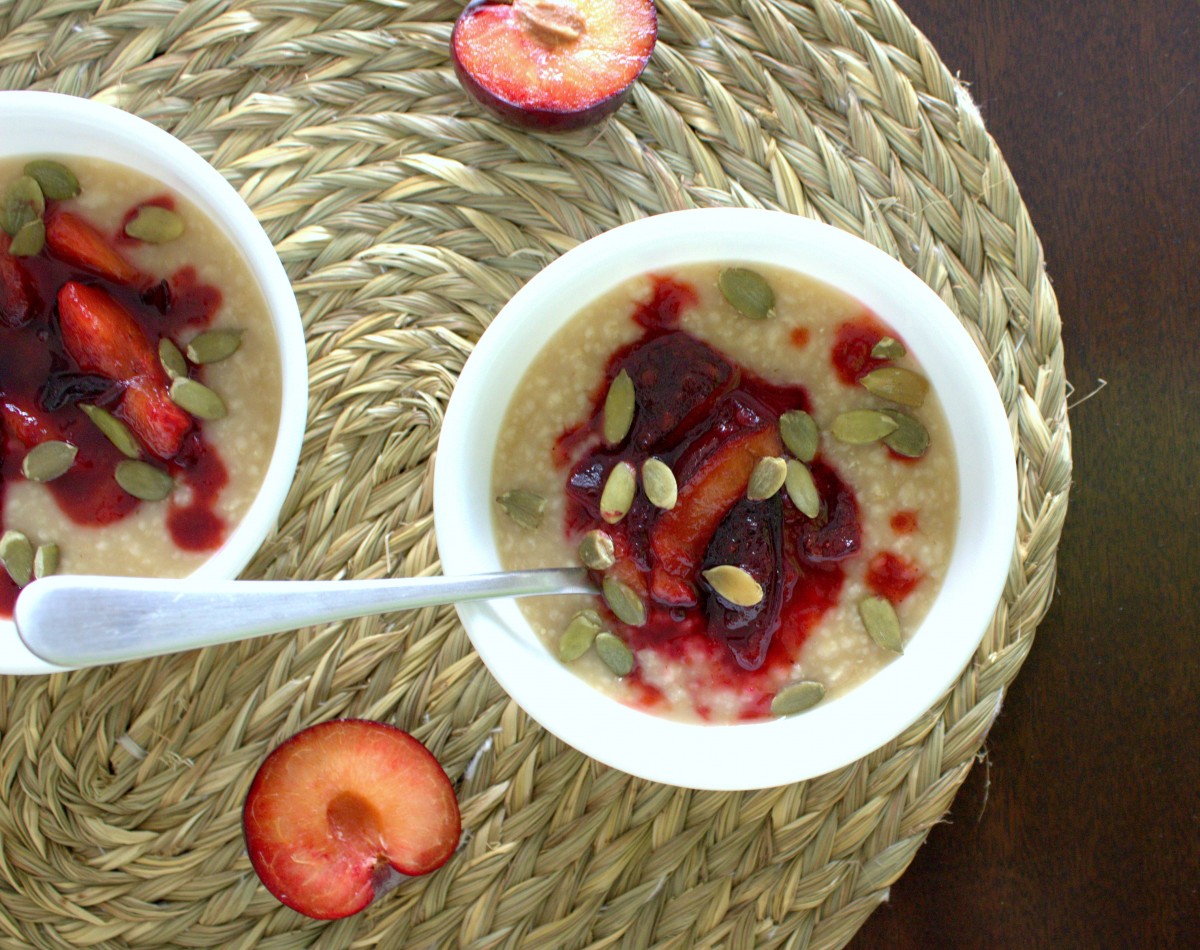 Like I’d mentioned earlier, this dish really is like a breakfast pudding of sorts, and the stewed fruit really amps up the dullness quotient of a regular bowl of oatmeal. And all this, for hardly any effort! Try it, please.