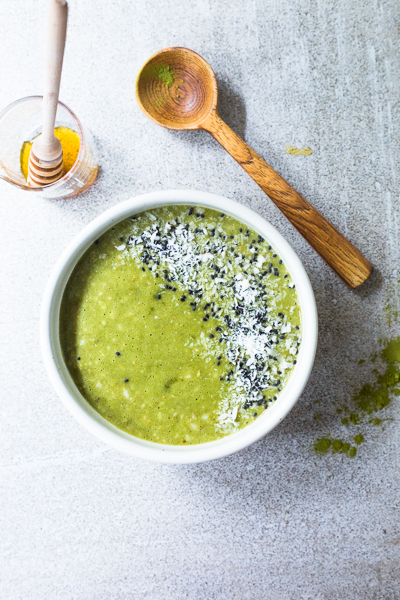 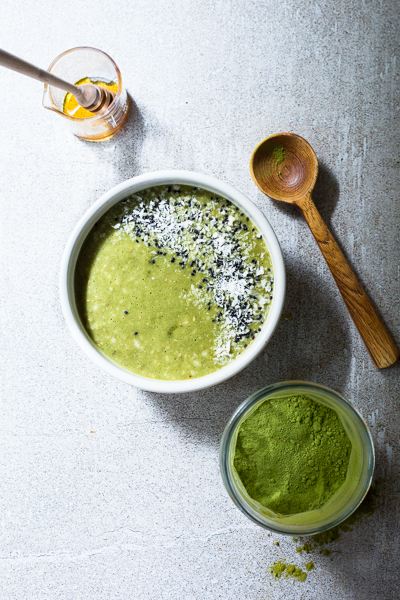 Matcha seems to fit right into the polarizing foods category – something that’s often described to have an acquired taste for; a love-it or hate-it kind of ingredient. It’s bitter, smells like freshly cut grass, and has the texture of corn flour. Doesn’t sound too appealing, does it? I know, because I went from one end of the hate spectrum to now, where I just about use it in everything I can: desserts, whey shakes, lattes (I asked the guy at Starbucks for their recipe which, bless him, he readily passed on without any hesitation. I somehow manage to find new ways of embarrassing my husband.)

Speaking of whey shakes, I actually made this oatmeal with a scoop of flavourless whey mixed into it, so if you’re someone who’s trying to find clever ways of sneaking in your morning protein, this recipe is right up your alley. The only difficult thing with matcha is that it doesn’t dissolve easily. Blending it in a blender or whisking briskly in hot water are the only ways I’ve found to get around that. Here, I just whizzed it up with some coconut milk before adding to the cooked oatmeal. 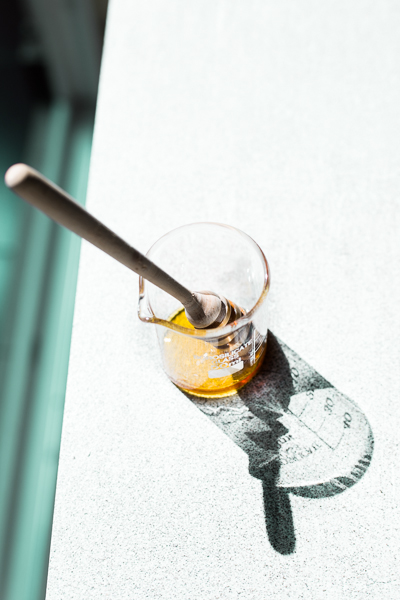 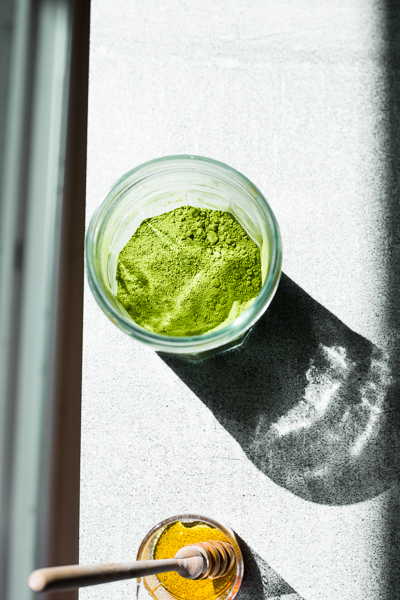 I know that matcha is super potent and a little goes a long way but if it’s actually just green tea, why is it so dang expensive? My thoughts exactly. A few reasons: good quality matcha is only grown is certain geographical locations (predominantly in Japan), and the care and skill that goes into growing and processing it is significantly more than that of other green tea varieties. For instance, for weeks before the harvest season, the tea bushes are protected from the sun so as to maximize the antioxidants in the final product. Also adding to the cost is the processing time, where the leaves are powdered in traditional stone grinders in a slow and steady pace so as to preserve the texture of the final product – it takes approximately two hours to obtain two grams of matcha! Whaat.

I was surprised when I saw the recipe in foodgawker! I am Japanese and live there, I use it for cooking muffin etc. There are many kinds matcha snack and sweets.