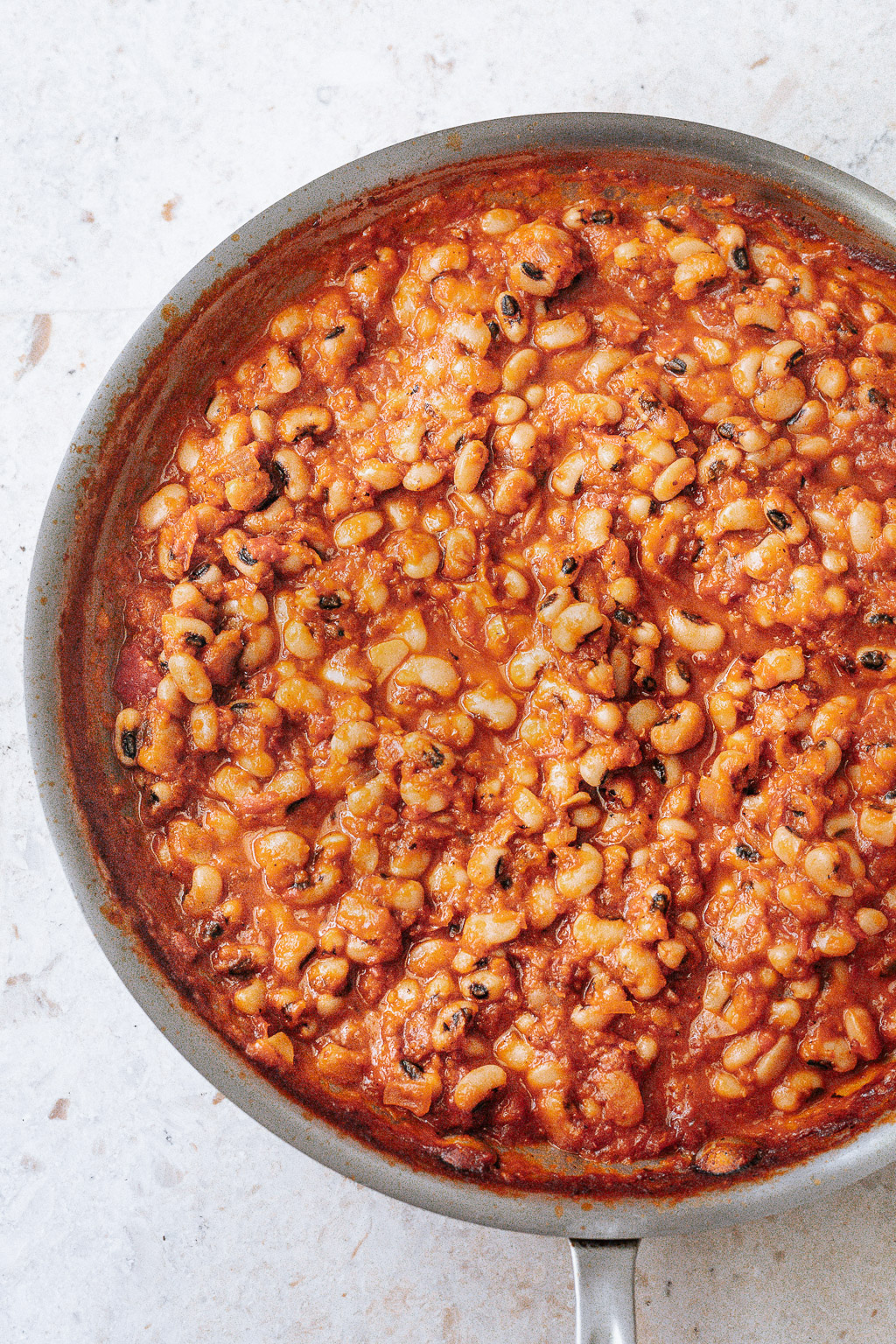 Hate to break it to you, but baked beans are not baked and black-eyed peas are not peas. Baked beans are made on the stove-top with no baking or oven involved. The name came about because Heinz—one of the oldest and largest manufacturers of tinned baked beans—used to follow a method of filling cans with blanched beans and sauce, sealing them, and then applying heat to cook the beans within. Technically ‘baking’ them in this manner. This method is long gone, but the name has stuck.

Black-eyed peas are technically beans. Black-eyed beans. I have absolutely no idea why they’re called peas. (Google suggests I look up Will.i.am and Fergie to learn more. I gotta feelin’ – wooohooo – that.. won’t be too helpful.) 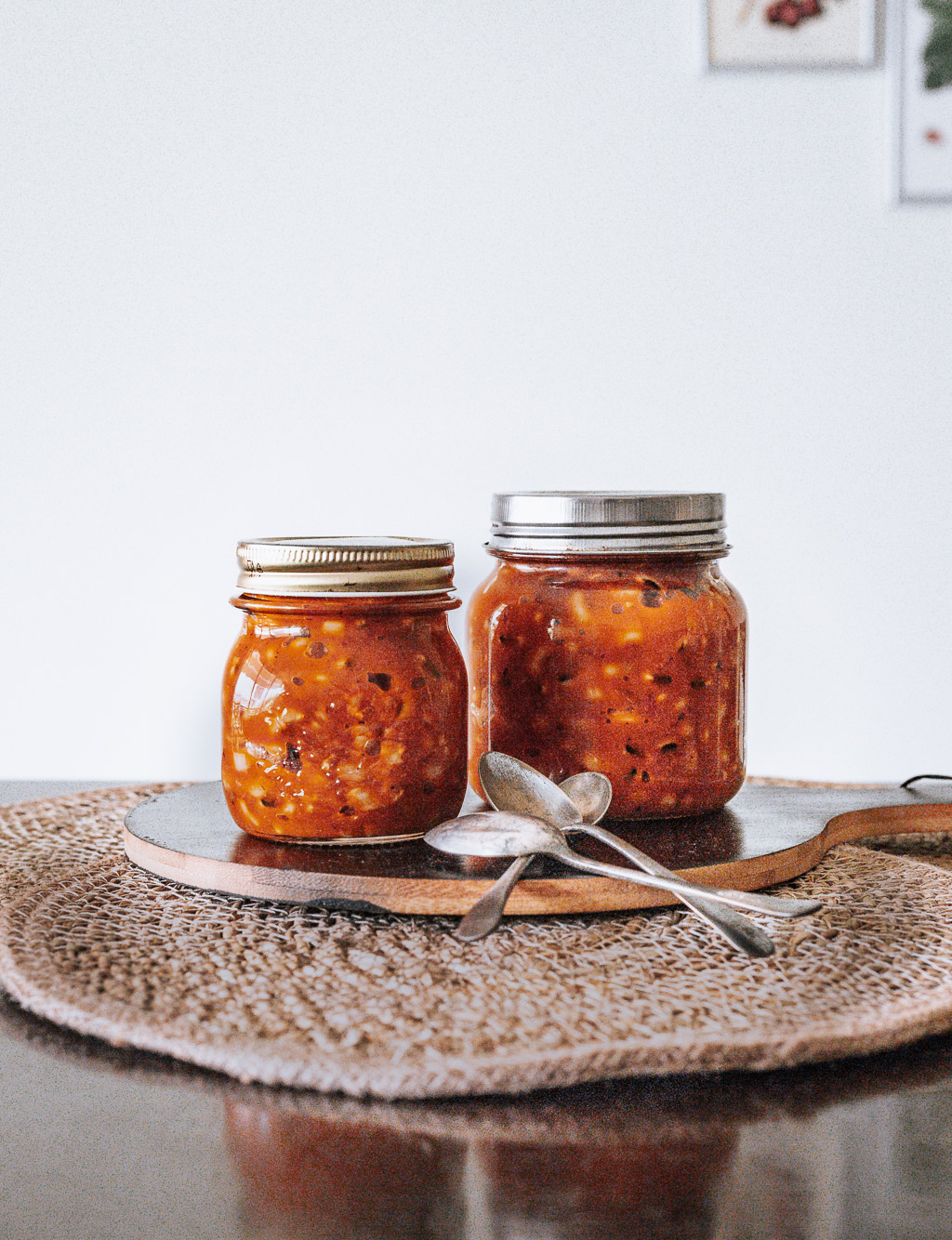 Baked beans are made with haricot beans. A futile quest to find some dried haricot beans in Chennai (and online) called for improvisation. The humble black-eyed bean works as a great substitute here. This ubiquitous ingredient is cheap, locally grown and I always have it in my pantry which is a big bonus. No hunting around for one elusive ingredient thank you, god knows I do that enough already. Not only are black-eyed beans versatile and keep pretty much indefinitely, but since they have a very neutral flavour, they don’t interfere with the dish in any way; they just take on the flavour of the sauce they’re cooked in.